posted on Jul, 11 2015 @ 11:15 PM
link
So last week, Sammamishman and I met up for a big base hopping trip. We started in Victorville, since it was close to where we met, then on to Palmdale/Mojave/Edwards for the weekend. The weekend included crash site visits to the 2009 F-22 crash site, and the SpaceShip Two crash sites.

So here are the first round of pictures from the weekend. There are a LOT more to come, and more bases to hit and things to see. 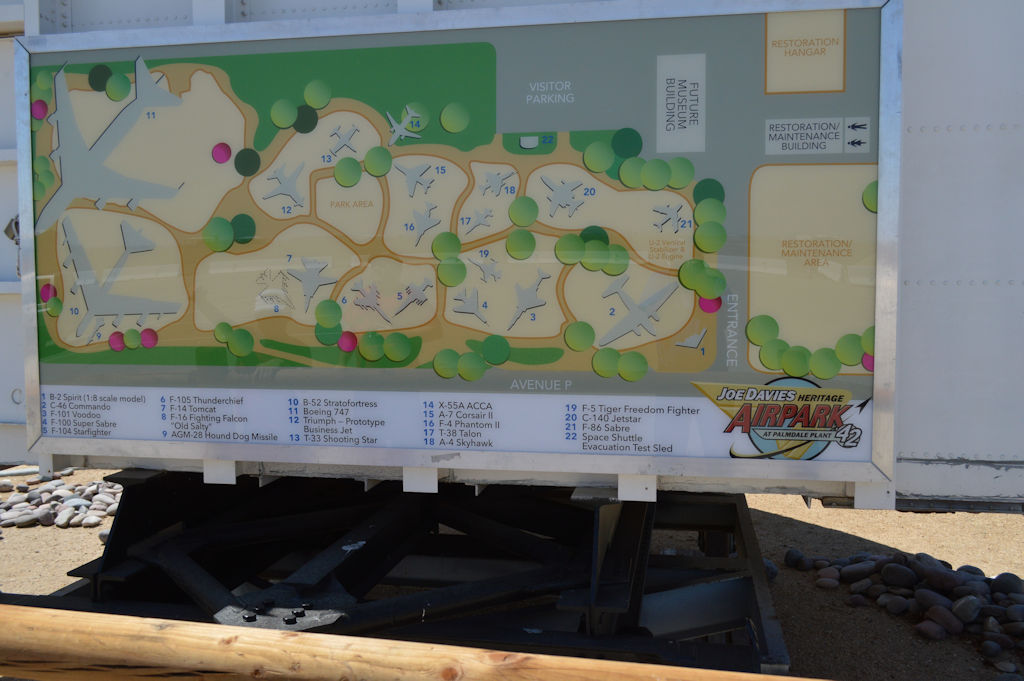 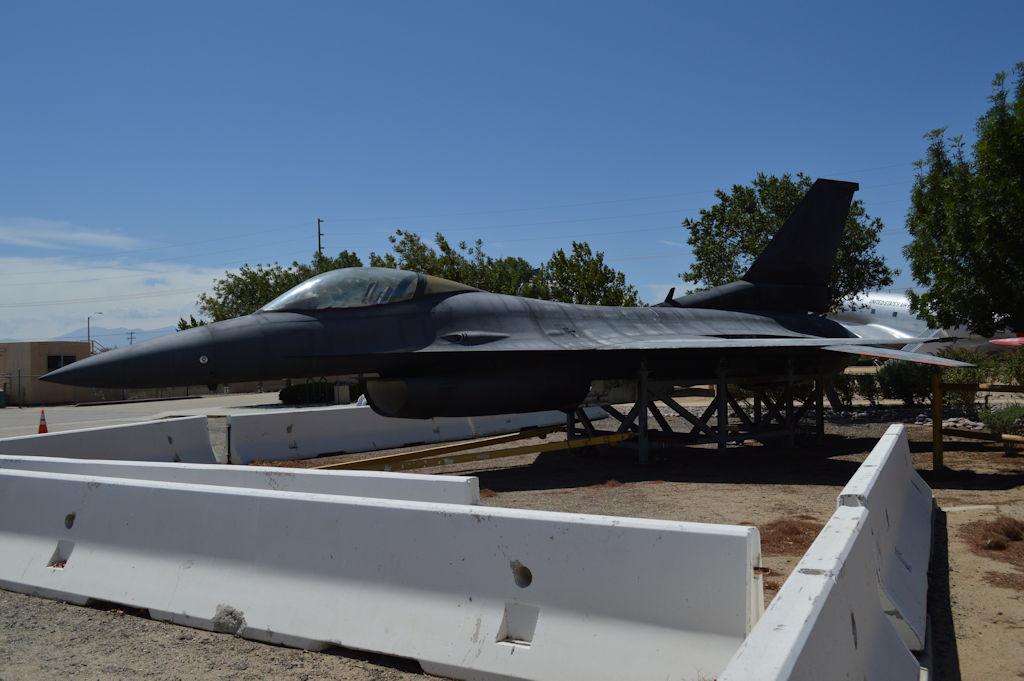 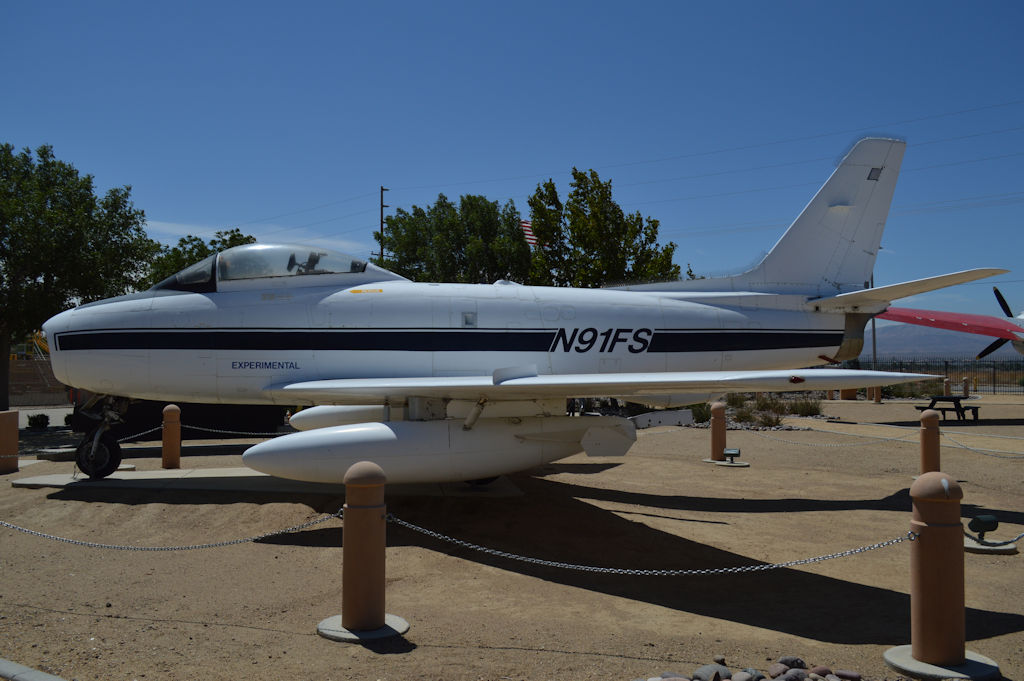 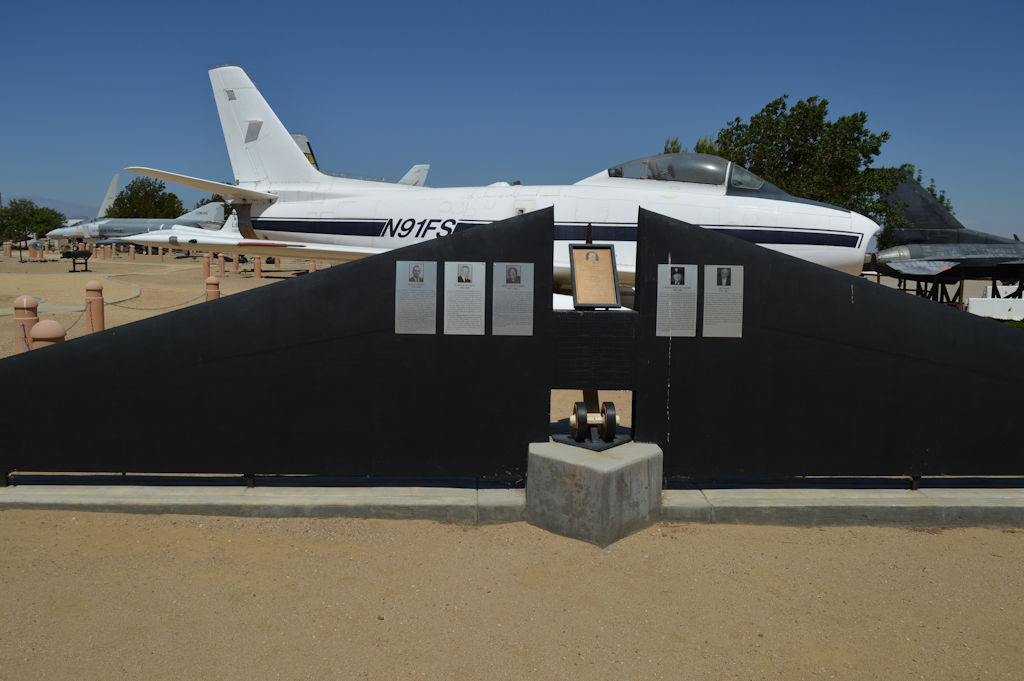 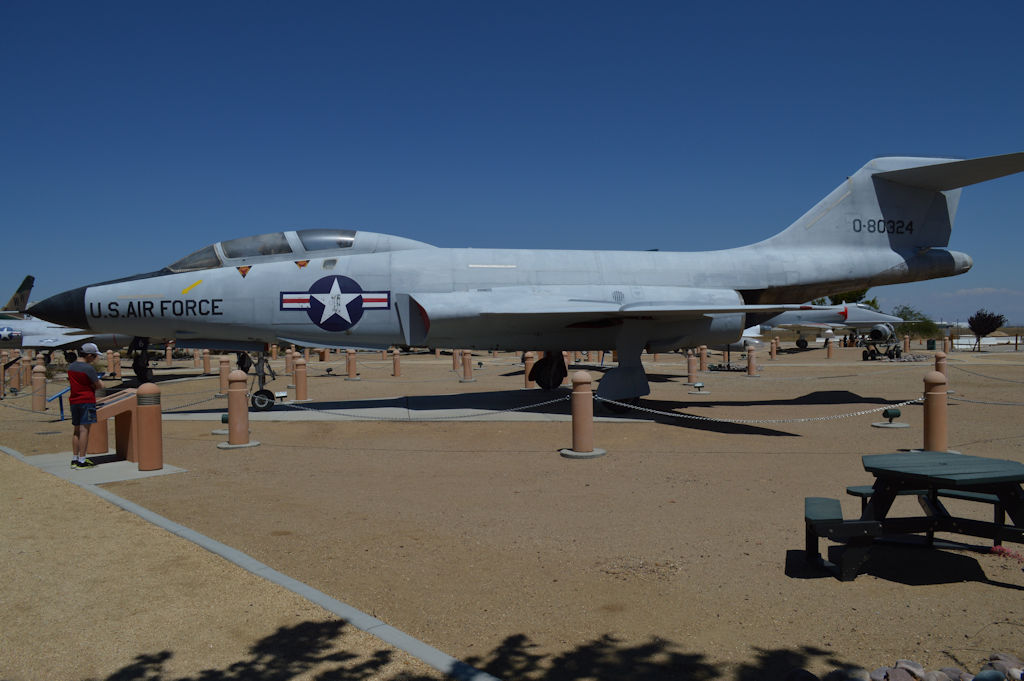 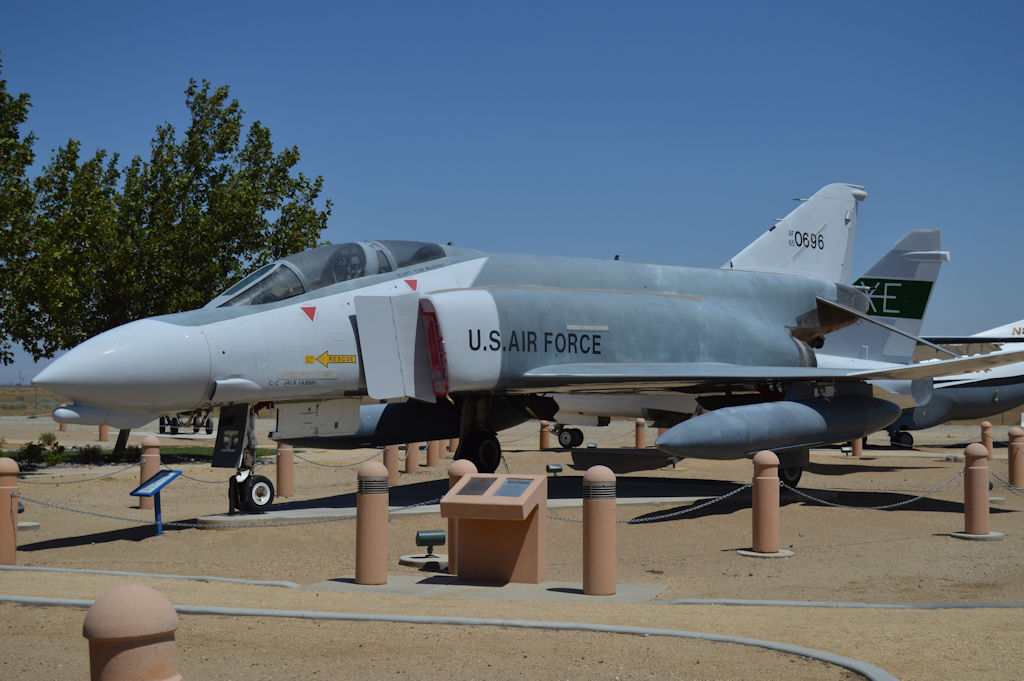 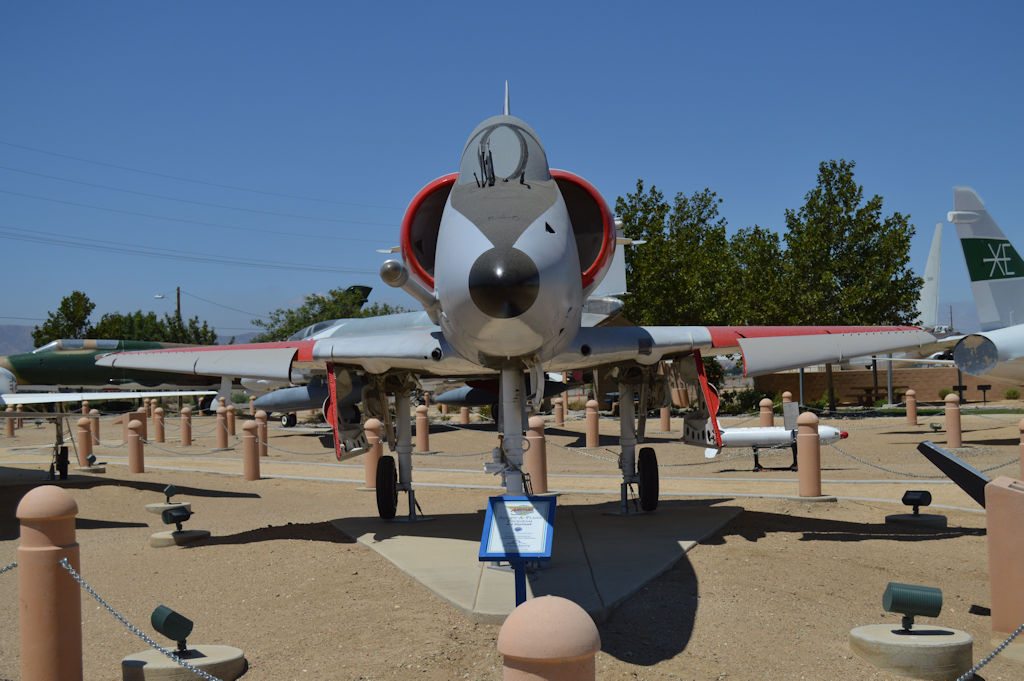 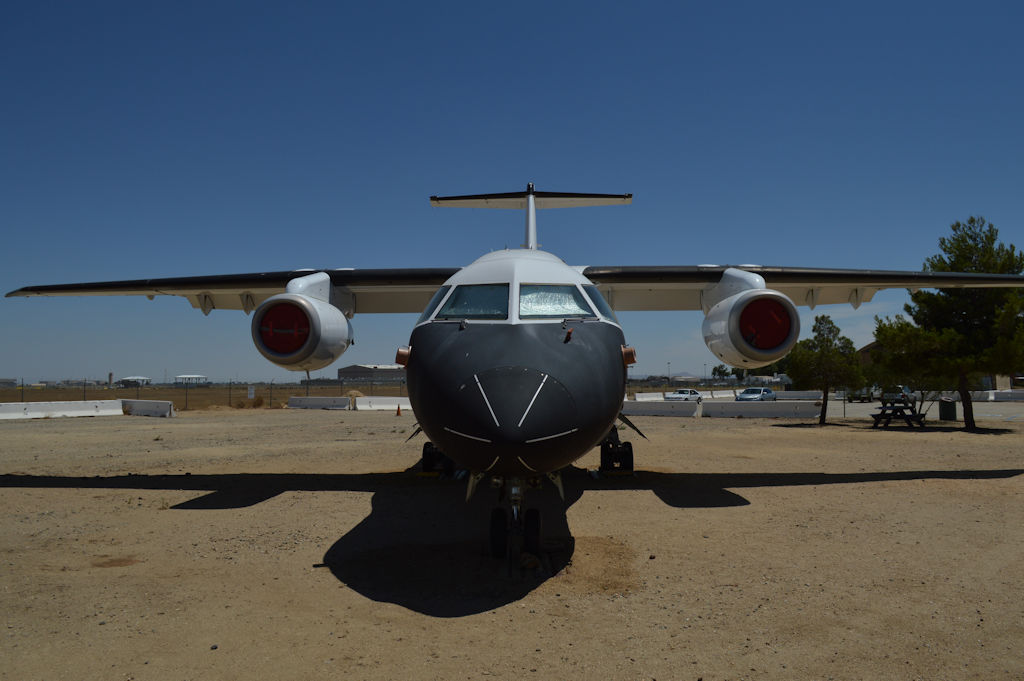 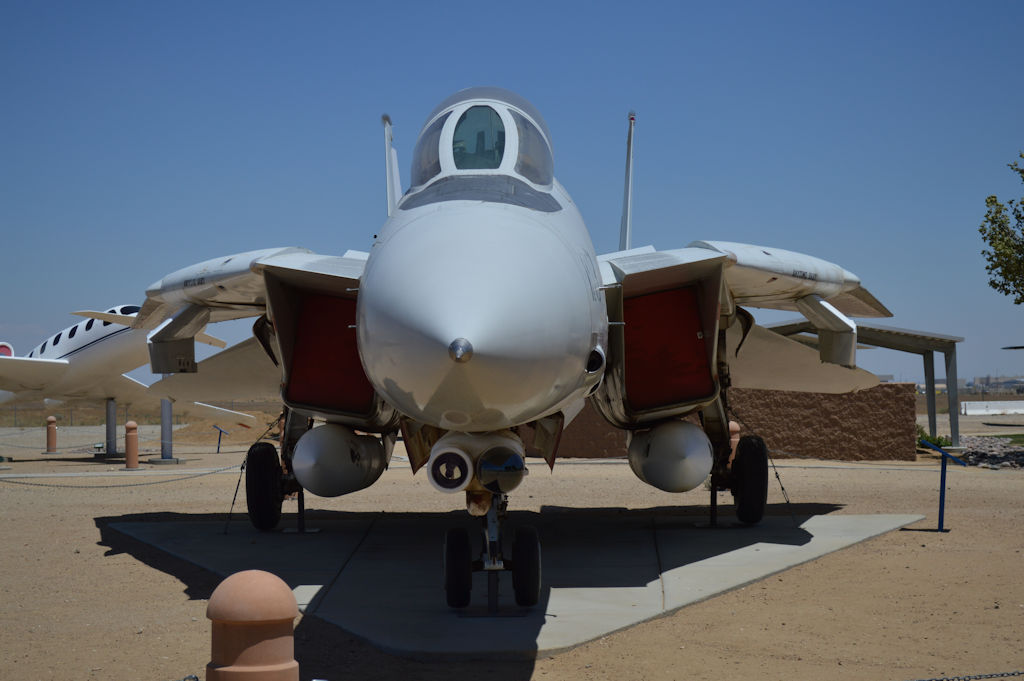 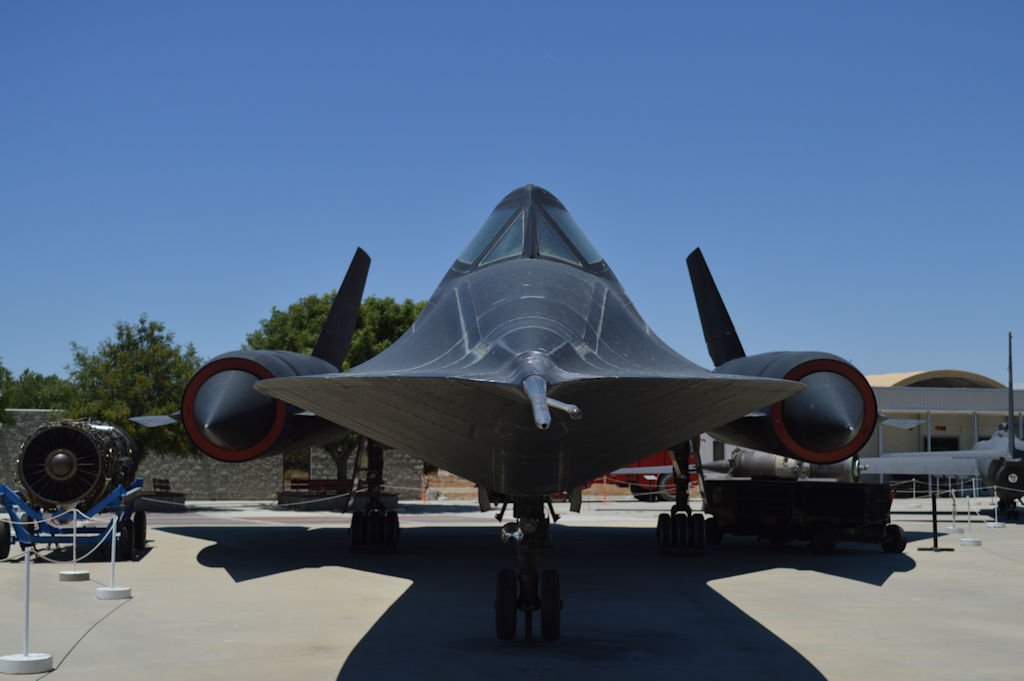 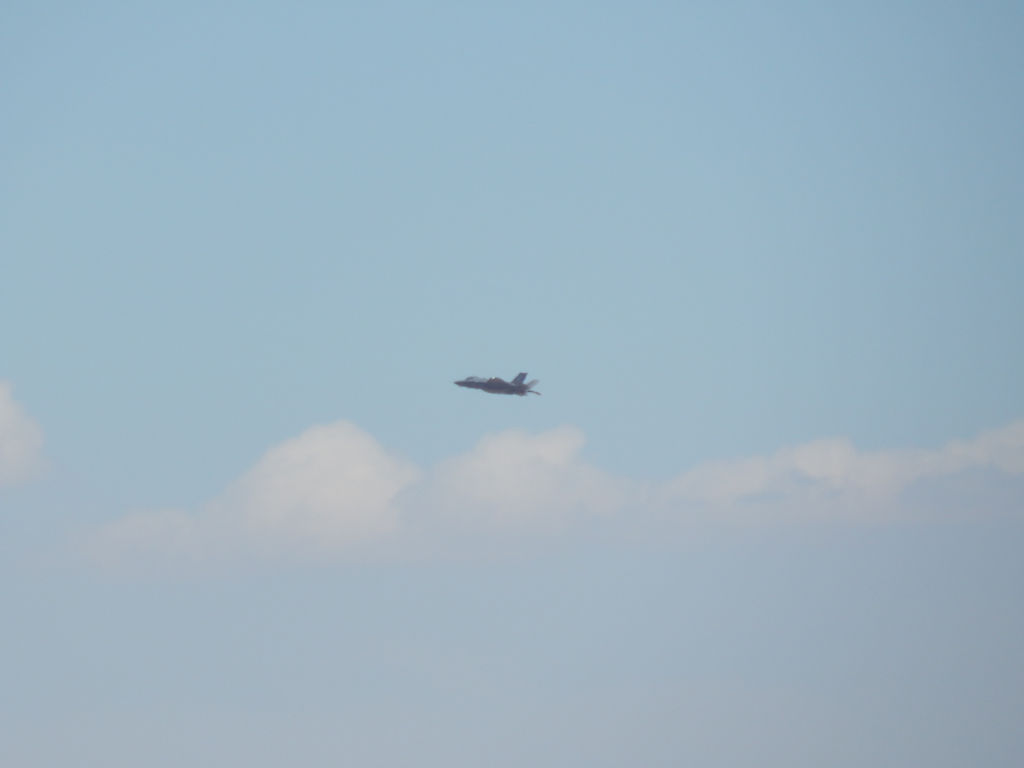 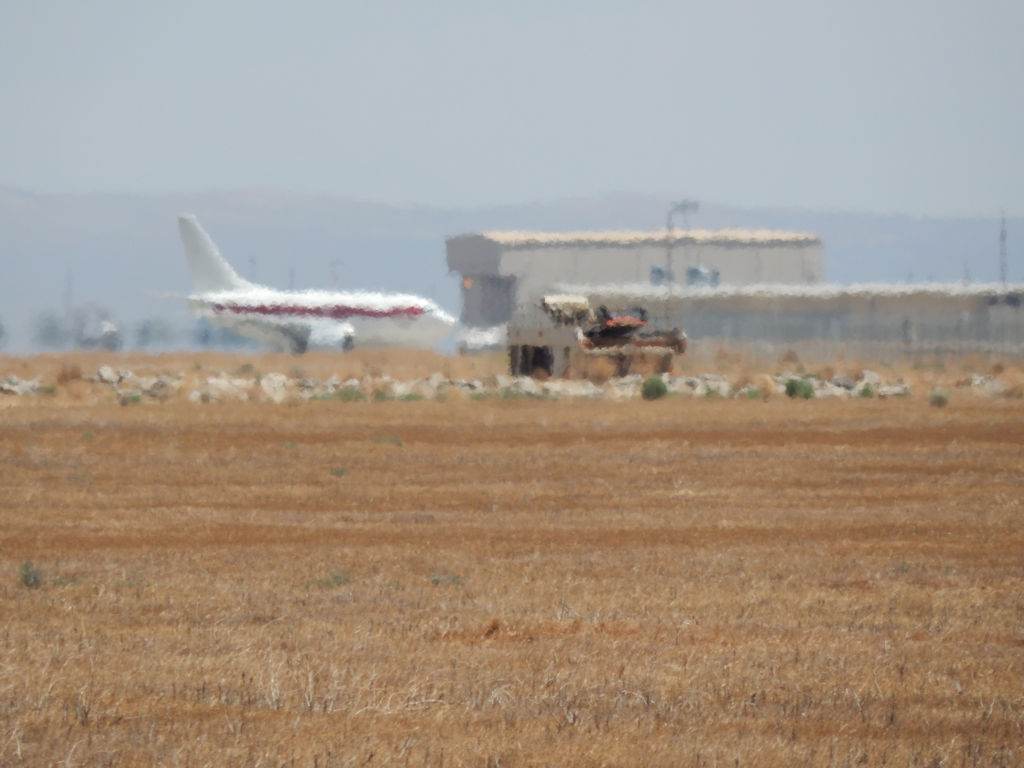 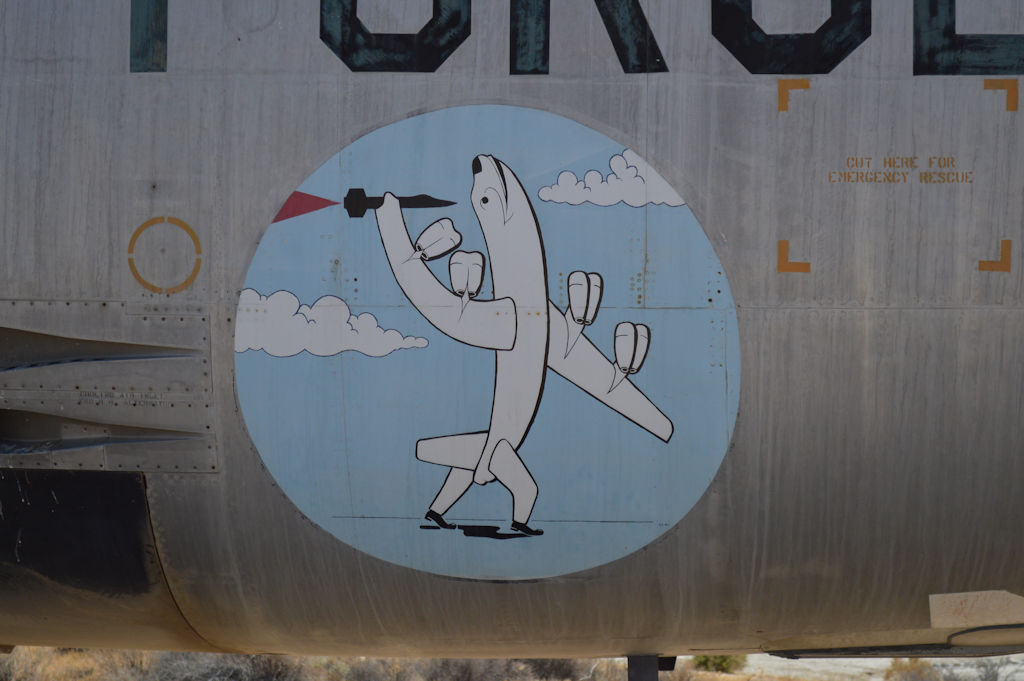 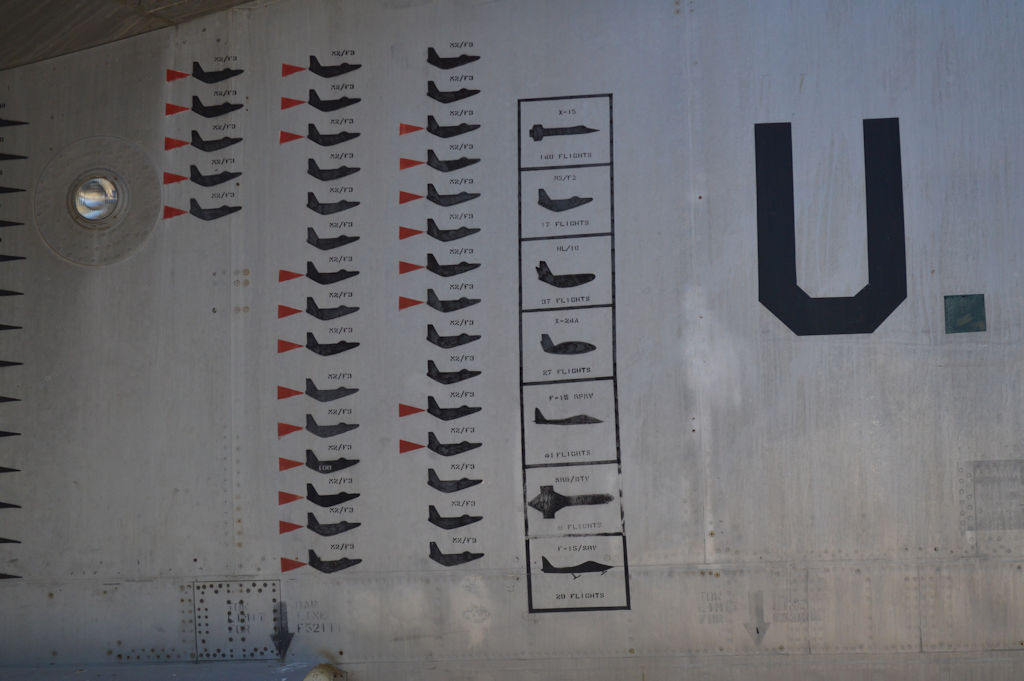 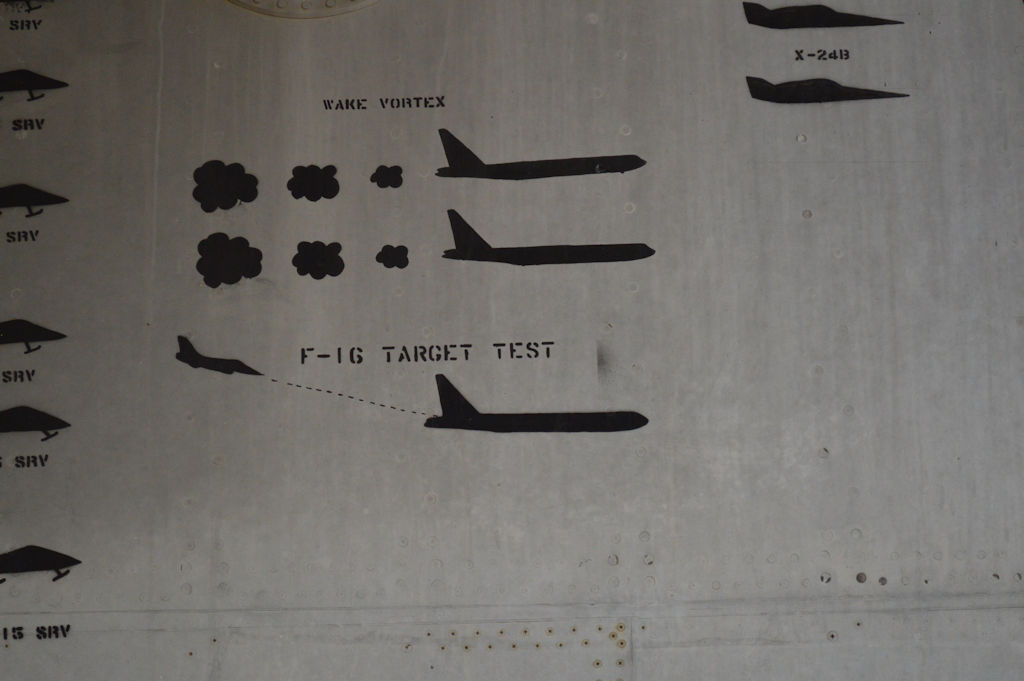 Test where the hook failed, and the test article dropped to the ground: 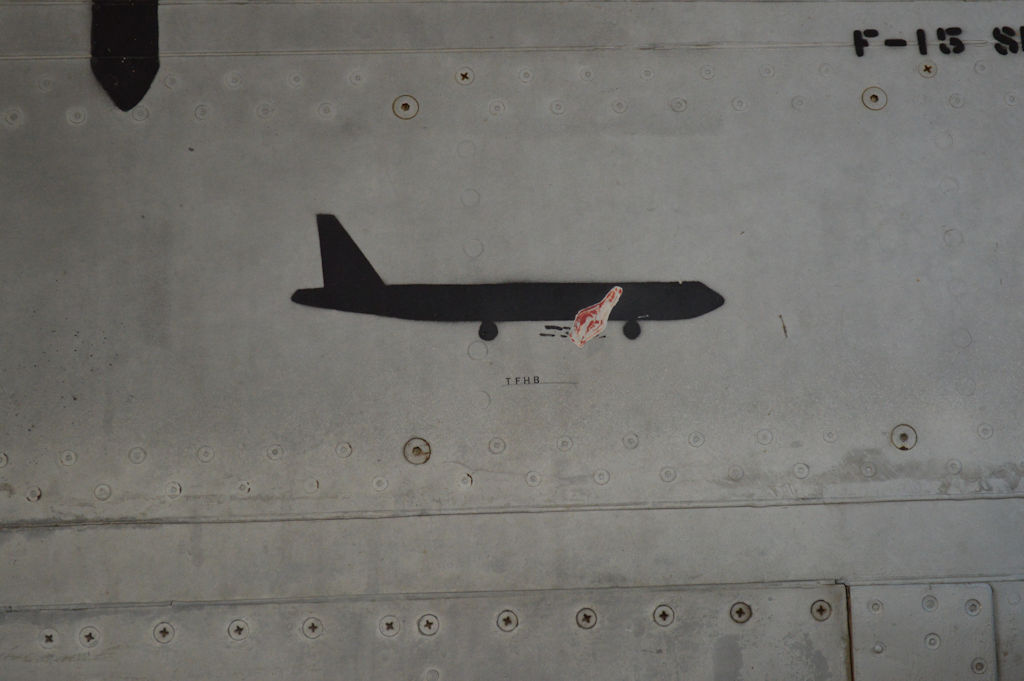 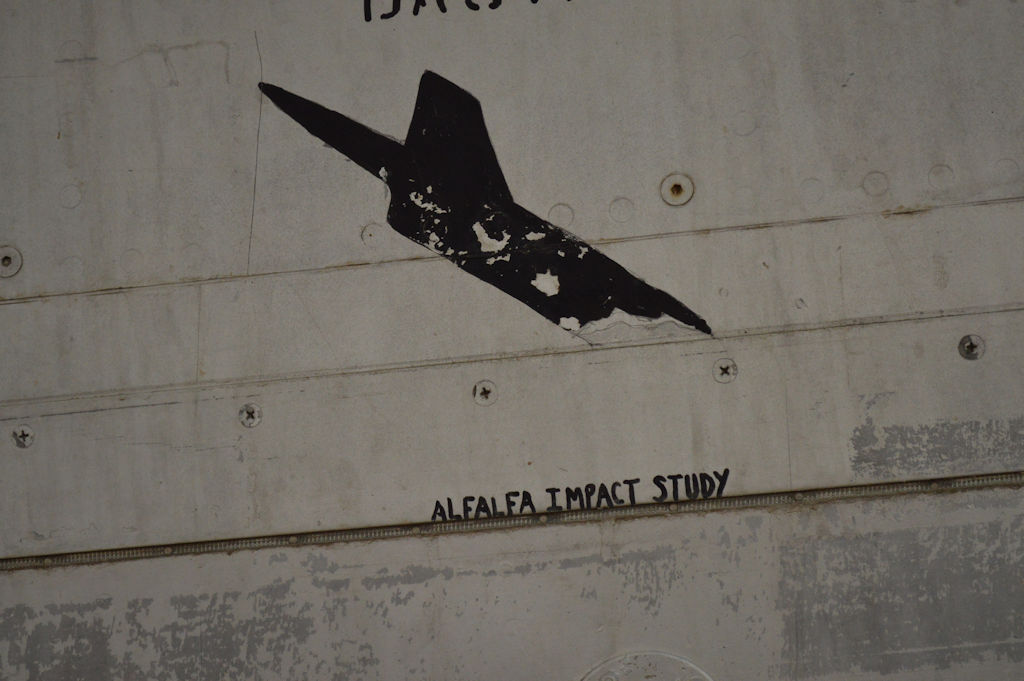 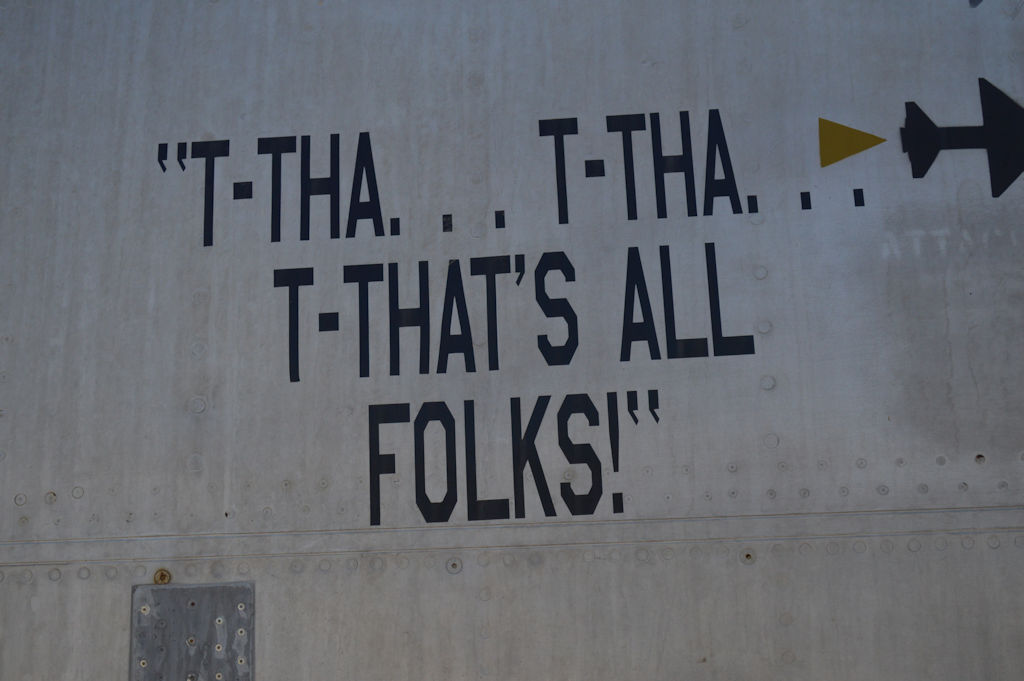 Zoom in and you can see the nose gear doors are hanging partially open on the F-35: 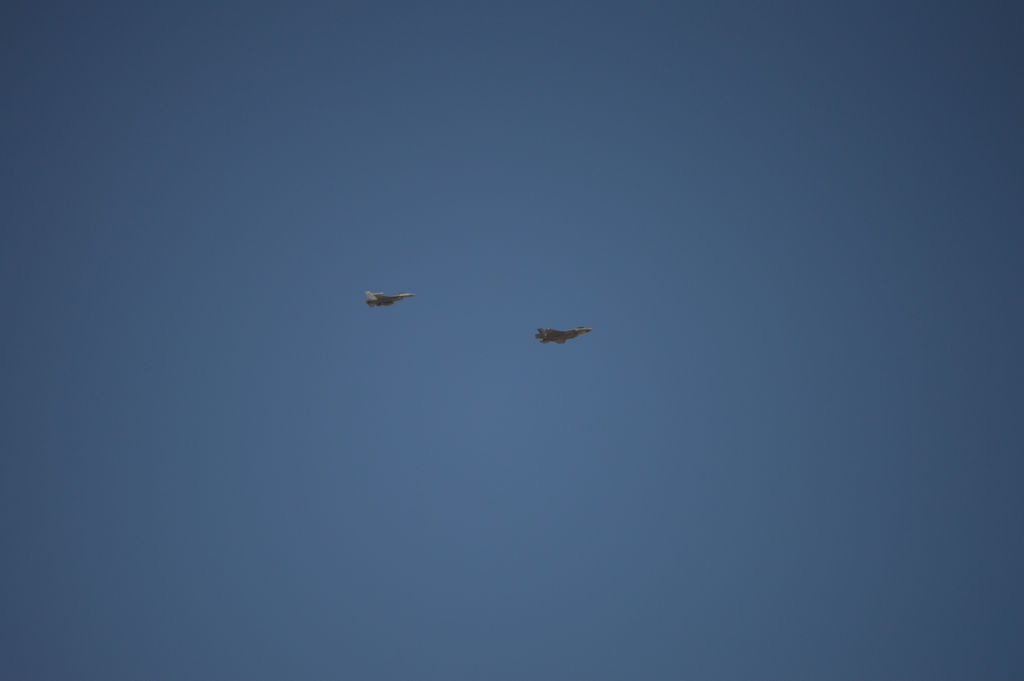 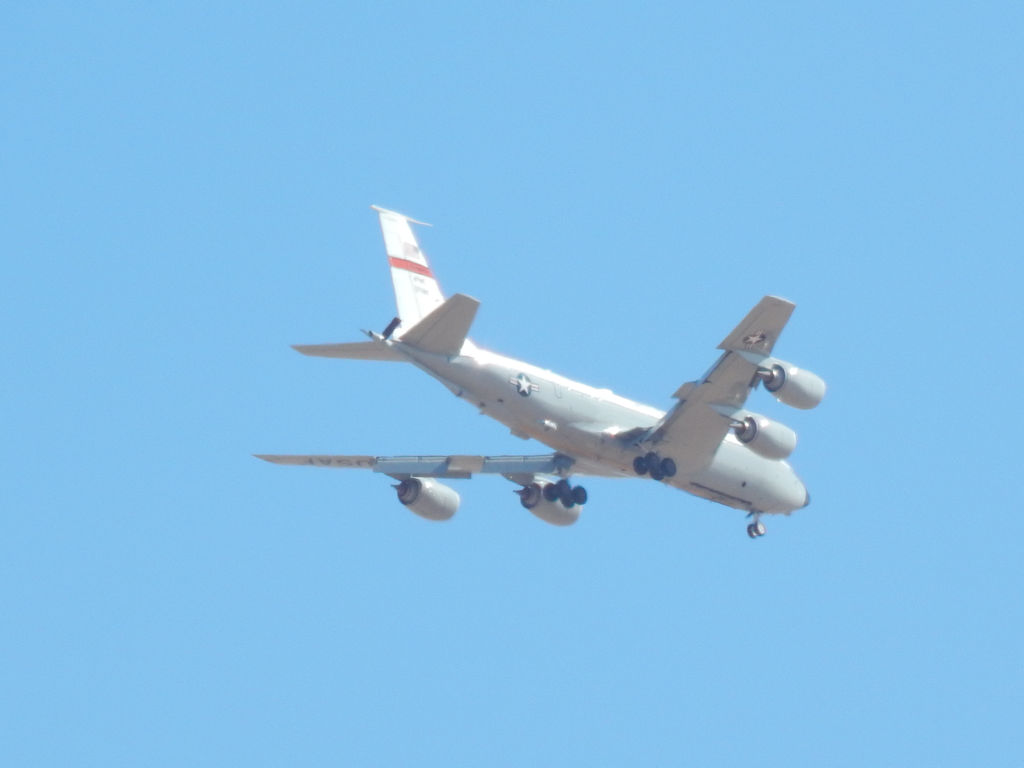 We're off to the next location tomorrow. Three more bases to go before getting back on Wednesday.

Yeah, it's going to take me about a week to finish resizing and uploading just from this weekend. Heh.

Thanks. This trip has has already been blast and were only half way through.

I live in the Albuquerque area, and do a lot of hiking/4-wheeling out in the Rio Puerco, west of town, so I've spent a good bit of time going over the area on Google Maps/Earth.

Anyway, west of Albuquerque, along I-40, a little ways North of (what used to be) Route 66 Casino, there's an airstrip. It's a good ways out into the Puerco, with only unmaintained dirt roads leading to it, and nothing else around it, but it's obviously maintained. There are two runways, but each is only about 800ft long. I'm on my mobile at the moment, but here's some pictures from Google Maps. You can see the airstrip I'm talking about in the upper half of this picture: 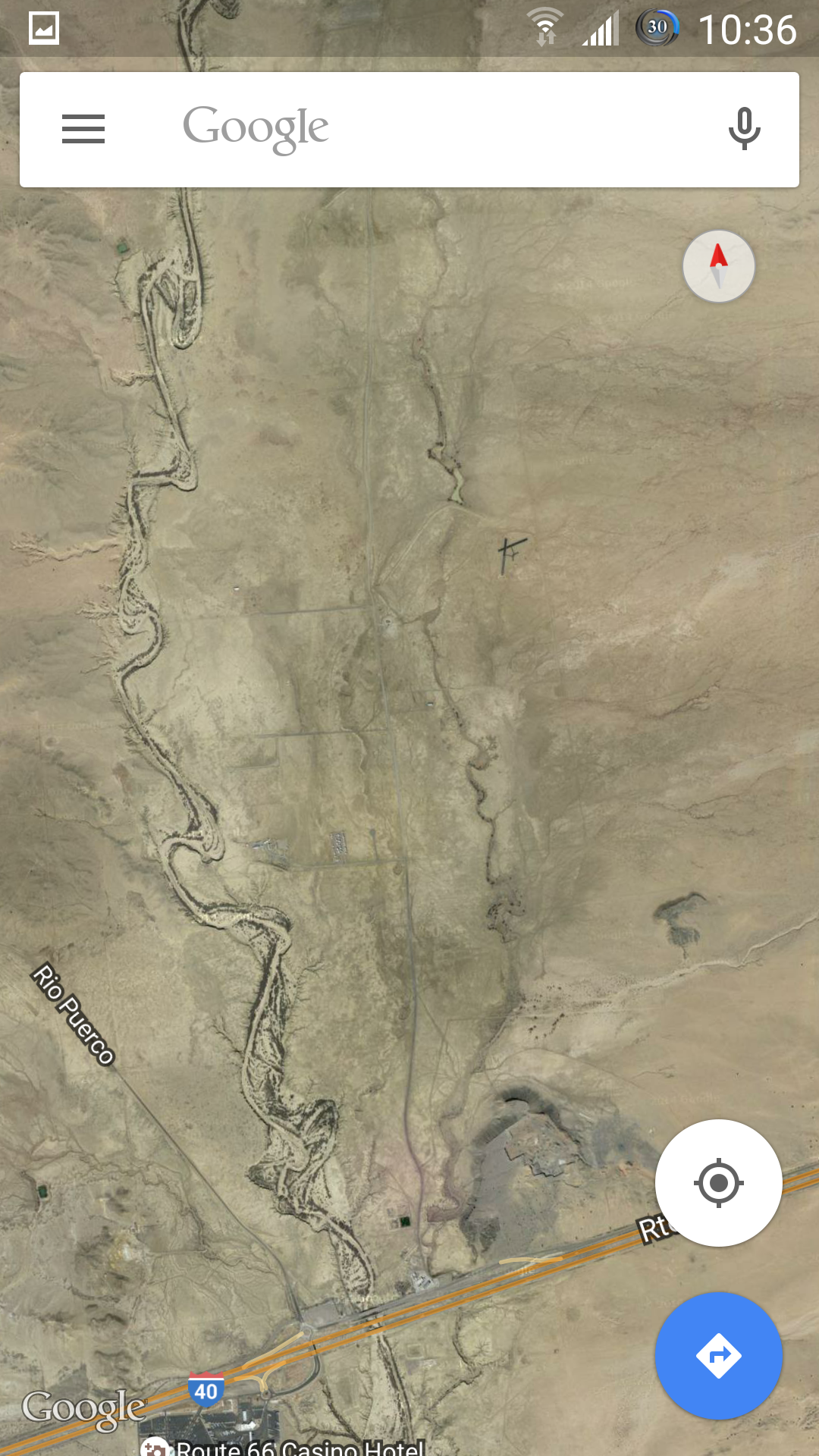 And for scale, here's nearby Double Eagle Airport at the same zoom level: 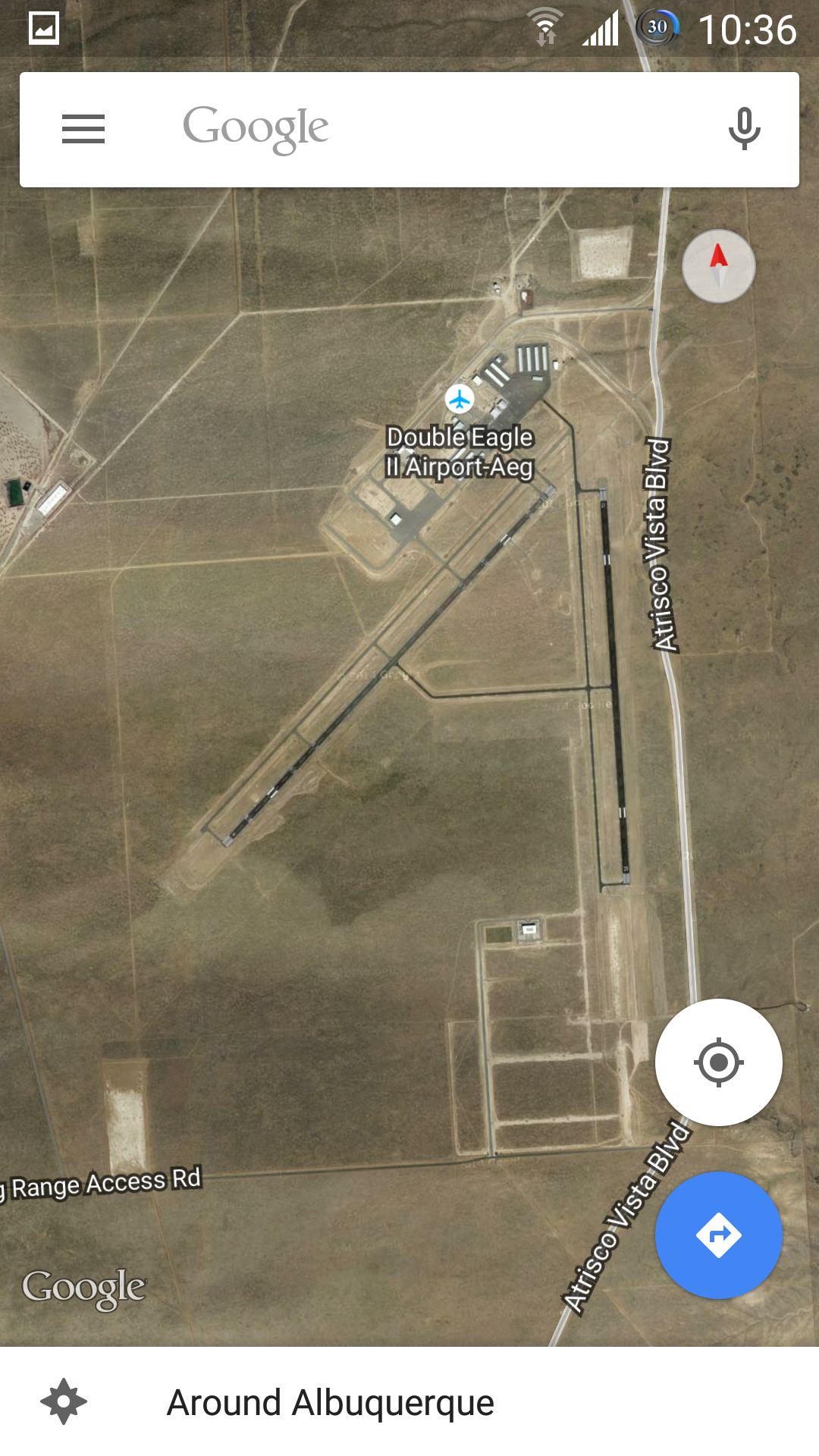 I have screenshots of the SunPort also at the same zoom, for scale, and of the airstrip in question at a much closer zoom, but my phone doesn't seem to want to upload them. Go figure. Route 66 casino is visible in the bottom of the first picture, so it should be easy enough to find, should anyone want to zoom in for a better look.

Anyhoo...Any idea what it might be for? Surely it's too small for any sort of manned aircraft, right? I've looked online and asked a bunch of other locals I know, but haven't been able to find an answer.

My best guess is that it's for model planes. We do have a model plane club, that has a runway further West that they fly out of that's about the same size, but it's not nearly as well maintained as this one.

I don't mean to derilail the thread, but with the two of you here, I figured this might be the best place to (maybe) get some sort of answer. Thanks!

Nice F-101 catch, not to many of those anymore.

question on the close up shots of the b52 there is a shot with markings of all the sucessful test flights doing the mother ship thing.

first of all do those markings have a formal name like ensign or something?

actual question though. there is a interesting shaped aircraft about two up from the bottom of the markings surrounded by boxes. the aircraft its self is sorta dagger shaped or looks kinda like a hammer. I've tried zooming in and can't read the markings. any idea what drone that's supposed to be depicting?

also, have fun guys, hopefully neither of you will have to deal with la traffic on the return leg of the trip.

Yeah there is. We have trips to project faultless nuke test site and at least one ghost town while we're out there.

There are several really interesting things on the side of that bird. Also they show the unsuccessful test too. The alfalfa field impact test wasn't actually supposed to impact an alfalfa field. And the one with the red flame under the B-52 making with the "TFHB" is an interesting one.
There are some bat man looking markings that have no project name on them that we are investigating too.
The history of that plane is awe inspiring. An interesting fact about that B-52 is that it has the least amount of fight hours of any B-52 built, despite it being a B model.
edit on 12-7-2015 by Sammamishman because: (no reason given)

looking forward to the other pics once you get them uploaded. im about to head the same direction for a fishing trip near independence peak. any cool places to pull over along the way where I can try and get some shots for ats? i know ill be passing by china lake etc. maybe helendale etc.. I'll be taking the 15 to the 395.
edit on 12-7-2015 by BASSPLYR because: (no reason given)

glad you too are getting a chance to get away for a bit and have some fun.