Wouldn’t you expect a popular presidential candidate in the middle of a press tour for a new book to at least rate on The New York Times bestseller list? Well, despite selling over an impressive 11,000 books in its first week — which would put it in THIRD — the paper kept the Ted Cruz’s A Time for Truth completely off the list.

This is the liberal version of a book burning. The Nazi's at the New Your Times decided they didn't like the author of a best-selling book so they are willing to compromise their integrity (what little they might have left) in order to pretend it doesn't exist. This is absolutely disgusting for a news organization that considers itself a leader.

This isn't about Ted Cruz or his book. It is about the audacity of the NYT leaving a best-selling author and US Presidential candidate off their best seller's list for political reasons and their BS reason. Aren't news organizations supposed to be impartial?

They don't even try to act impartial anymore.

posted on Jul, 10 2015 @ 03:57 PM
link
Isn't he supposed to be solving the country's problems? Why is he writing books. Oh, right. Congressmen work to enrich their bank accounts; solve problems, not so much.

Is it another coloring book? I imagine that's his level of reality and those that listen to him.

What? Impartial?! How dare you! How do you expect them to keep getting donations from their "partners"? News is a business, business is all about profit, not truth!

The audacity of some people!

Anyways, it seems like all news organizations have their slant. NYT slanders Republicans while places like Faux News slander Democrats. This is a sign of a deeply corrupt system, pitting one side against the other. United we stand, divided we fall; no wonder America has been falling here lately (minus the SCOTUS decision a few weeks back). They're trying to kill us from within, which is why I tend to ignore the MSM at all costs except for maybe a reminder of how screwed up things really are.

originally posted by: roadgravel
Isn't he supposed to be solving the country's problems? Why is he writing books. Oh, right. Congressmen work to enrich their bank accounts; solve problems, not so much.

Is it another coloring book? I imagine that's his level of reality and those that listen to him.

Do you have any comments on the topic? I would prefer we keep on point.


This is the liberal version of a book burning. 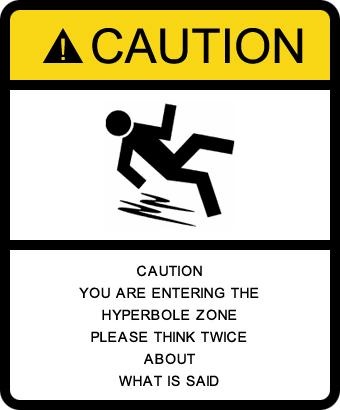 posted on Jul, 10 2015 @ 04:07 PM
link
Congress persons should be spend 100% of their time solving the problems of the country. If a person can't do that then they should pack their trash, resign and let someone who will do it.

We need real leaders, not part time would be millionaires. Too much of Congress seems to be doing every thing but working in Congress for the good of the country.

The NYT list is just a way to get more money through books sales. If it that great, people would buy it anyway. Maybe the times is doing the people of the US a service with this issue.

Well, that "liberal" news outlet *did* apparently have Palin and Romney on their bestseller list, so it's doesn't look like it's the "evil liberals out to get the conservative authors" argument.

Because, it appears that the PUBLISHER of the book PAID people to BULK BUY the book (even though they deny it), which is, in essence, cheating the system, and that is the reason the NYT wouldn't allow the book on the list.

In an email to Politico’s Dylan Byers, Times spokeswoman Eileen Murphy explained why Cruz’s “A Time For Truth” was omitted, noting that the company has “uniform standards that we apply to our best seller list, which includes an analysis of book sales that goes beyond simply the number of books sold.”

“In the case of this book,” she added, “the overwhelming preponderance of evidence was that sales were limited to strategic bulk purchases.”

The Times accused Cruz’s publisher of trying to buy its way onto the bestseller list by having a firm like Result Source hire thousands of people across America to individually purchase a copy of “A Time For Truth,” in the hope that some of those retailers are on the secret list of booksellers who report their sales to the Times, or that the aggregate purchasers will simply be too high for the Times to ignore.

But leave it to GlenBeck.com to spin it how the evil liberals are once again sticking it to the poor conservatives.

Why does his book need to be on the best sellers?

Is that the only way people can possibly find out about it?

While that might me shameful , the fact he has a best selling book is even more disgraceful.

I sometimes think book sales is the new way to launder money and political payback.

I wonder if Ted Cruz is going to try to buy votes, too?

I don't think he would stoop so low as to use a liberal tactic.

originally posted by: Metallicus
a reply to: Liquesence

I wonder if Ted Cruz is going to try to buy votes, too?

I don't think he would stoop so low as to use a liberal tactic.

Ah, yes, of course not, never so low. Why buy votes when you can just do everything in your power to try to prevent minorities (mostly liberal) from voting, which is a very low conservative tactic.

Ya, cons have zero history of shady voting practices.

So you're not going to address the rest of that post?