posted on Jul, 10 2015 @ 01:56 PM
link
everything in our body comes from this earth, everything is connected on the earth. We loan everything and this earth takes it back, but our consciousness is built on electromagnetism which makes our body move with electrical impulses. Our brain and our body are two different entities that needs a symbiotic relationship to work, our brain is a parasite on our body, but our brain is us.

Everything is consciousness. Everything you can can see, touch, taste, smell, hear, is your own mind. Its your brains interpretation of vibration and frequency that make everything seem physical.

originally posted by: booyakasha
a reply to: Temudjiin

Everything is consciousness. Everything you can can see, touch, taste, smell, hear, is your own mind. Its your brains interpretation of vibration and frequency that make everything seem physical.

Just like a computer interpreting input and data that it is receiving via sensors, in this case, our senses.

Kind of makes it look bleak when worded that way, though.

posted on Jul, 10 2015 @ 03:52 PM
link
a reply to: Temudjiin
I picture our brain as more or less housing that allows our consciousness to operate on a physical level. When that house is no longer livable the consciousness vacates and goes elsewhere.

Then our soul is electromagnetism, which need biological house to evolve

originally posted by: Temudjiin
a reply to: FormOfTheLord
Electrical impulses does not come from the planet, however our body does.


The electrical impulses in the human body are nothing but the result of chemical reactions...

Our energy or soul manifests in the body

The body along with the brain is the vessel which allows our energy to exist here on Earth.

Our energy utilizes every aspect of the body for the earthly experience.

So...
You can't have one without the other.

No, I believe Energy can exist outside the body, but the body can not exist without the energy.


But yes, energy/consciousness/soul can and does exist outside the human experience.

We all have to search for those answers for ourselves and make up our own minds on what we believe is out there beyond this experience we are in now.

Searching for it is part of the human experience i suppose.

And I don't know who I am but life is for learning.
We are stardust.
We are golden.

originally posted by: leolady
But yes, energy/consciousness/soul can and does exist outside the human experience.


Does it? My consciousness has never existed outside of the human experience (or my current 'human experience'). If it had, I would know, being 'conscious' and all.

posted on Jul, 11 2015 @ 04:34 AM
link
a reply to: Temudjiin
I suppose you could say that, but it would be incorrect. Besides it just depends on how you categorize things, the brain and the body would be two different things, or they could be labeled as the same things, after all one cant function without the other and both are made of matter even though there functions and physical makeup differ, they both are physical constructs made of matter.

However the brain and the mind are two different things, most people think there the same but there not, the mind overlaps or superimposes the physical ie the brain, and the more esoteric ethereal aspects of the living or life itself derives from that, its merely a filtering and interpretation of received data ie the physical world.

Its actually not that much different in concept then hardware and software, merely the definition of data is on a whole nother level. But ya you can also consider electromagnetism as a form of transferring data, you could even call that data a soul.

So no the brain is not a parasite on the body nor is it you. But if you think it so, then yes it is. Also it depends on what body you inhabit, a fish is made for water so outside of it, it does not function and its physical makeup can only process and thereby understand only certain vibrations of the physical universe around it, a human outside there element does not function at all either, and it to can only process certain vibrations of the physical universe. 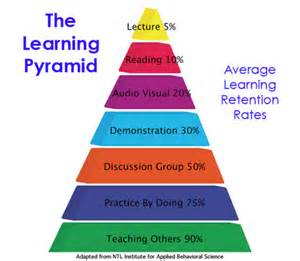