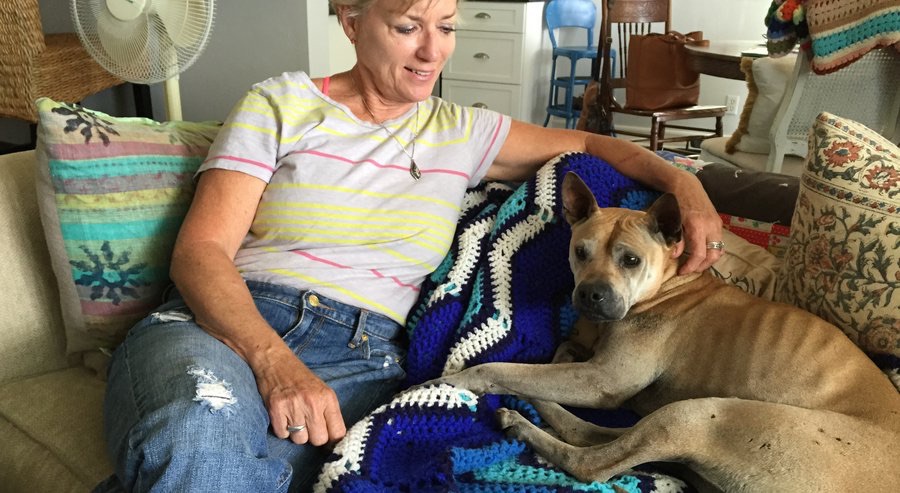 CARLSBAD — Rangers at the Los Penasquitos Canyon Preserve warned Kris Anderson nine days ago that she might as well give up on finding her lost dog, Georgia. On the afternoon of June 27, the 8-year-old Shar Pei mix disappeared into the hills chasing a rabbit, and after many hours of fruitless searching Anderson couldn’t find a trace of her in the county park. With all the coyotes in the preserve, Anderson learned, it was unlikely that Georgia could have survived the night.

I love stories like this. This is just amazing. I think it's the sense of smell.


But Anderson and her daughter, Sarah Lucas, never gave up hope. Day after day, they made the 70-mile round trip to the preserve from Anderson’s home in Carlsbad

It's true...When I lost my Dog I would not stop searching until I found my loyal friend.


Georgia is just the latest case of a lost pet finding a way home against all odds. In 2012, a 3-year-old black Labrador named Bucky followed his owner nearly 500 miles from Virginia to South Carolina. A year later, a 4-year-old Florida cat named Holly made its way 190 miles home.

190 miles And a cat named Holly found her way home. Cats, you just can't get rid of them.

This is a beautiful story of love between humans and their pet children. The emotional soul connection is so strong. Thanks for sharing this

This is a beautiful story of love between humans and their pet children. The emotional soul connection is so strong. Thanks for sharing this

We don't even begin to understand it.