is easier to remember than this (with ones included):

And the previous number sequence is easier to remember than this (with letters, numbers, and symbols:

This however would be easy, because words join letters into one concept:

How does this relate to our state of Consciousness?

When we look for sameness in others rather than differences, then we can relate easier to them. We realize they are the same as us (human beings living on Earth, wanting freedom and happiness). Being able to relate to others inspires empathy/compassion, so we can love our others as ourselves, and treat others as we would like to be treated.

On a sub-conscious level, we are already focusing on similarities rather than differences. Here are some interesting articles:

Friends have closer DNA than strangers

People prefer mates with a 22% resemblance to themselves
edit on 3-7-2015 by arpgme because: (no reason given)

From a psychodynamic perspective, whenever two people interact, they are forming a "dyadic state of consciousness". What we find, or what you'll find (if you simply pay attention to the processes at work) is that people "work out" a state of synchrony, which is really an unconscious, affectively driven similarity of purposiveness. When we talk about the same thing, and share with one another a "positive emotion", our unconscious sense of intention has aligned i.e. become simplified, despite whatever complex distinctiveness exists in either individual, the unconscious instinct drive is towards simplifying.

This can be good, and indeed, it is the source of love, but it can also be harmful. When people overlook evil all around them isn't that too an example of "simplifying" i.e., reducing the degree of dissimilarity between self and other? Moral conscious entails INCREASING complexity, not reducing it. Yet, at the same time, although it is necessary for us to increase complexity so that we can think about more things in more ways, there is ultimately some "root" concepts that simplify our relations with one another - this being the sheer fact that maintaining a relationship with another human being requires the simplifying influence of empathy to "make clear" the disparities that exist between us, thus allowing a greater deal of "intersubjectivity" - me sensing into you, and what it must seem like from your perspective, and you doing that for me.

As you can see, this is a paradox. There is no simple "its better to be simple" formula. Likewise, one cannot say "its better to be complex". To be either, too much, will lead to naive idiocy - a willingness to follow the crowd, or, an inability to tolerate and accept the reality of difference, let alone the necessity of simplicity, such as the ease of sharing a positive emotion with another, in creating more complex state.

It depends on what your moral beliefs are.

In my mind there is no greater truth than "do unto other what [you understand through culture] you would want other to for you". Culture is providing the baseline here.

The basic point for me is to not cause suffering for others. This means a) understanding what causes suffering in others b) knowing how to recognize when you're doing that. The b) part is what causes problems for people.

In order to effectively do this you need a more complex mind.

If you see similarities in others as yourself, if you realize we are all the same (human beings living wanting happiness), then that will help to inspire more empathy in order for people to love their neighbours as themselves.

Not judging as white or black,
Male or female,
Jew or Gentile,
Greek or Italian,
Gay or straight

But seeing the similarities that we are all the same, human beings with a will to be happy, then we will treat each others in a kind way without trying to hurt each other.

To homogenize a group of people into a sameness is to eradicate their inherent originality. If one must see himself in others in order to value them, he'll be disappointed when he never finds it.

Since you would compare humans to a set of numbers for purpose of analogy, I will compare them to a buffet of food. Variety is always more enjoyable.

The best way to relate to someone is to physically do that. Emerse yourself, not because of sameness, but because of variety. No need to find anything from them, but to learn. A trick one learns from travelling. 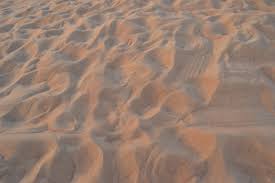 But if we dare to get closer, we see this- 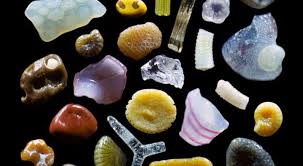 Daring to get closer. Taking the risk of intimacy, of opening to others, and letting them see our differences, is a risk.
Can they deal with the awareness of my specific angles and curves, my colors and textures, and still love me??
A challenge life poses before us constantly.


I think first glimpses into the world of difference can feel negative- like when we are teens, and individuality first becomes apparent to us. I experienced though, that being couragious enough to keep that close up look, and becoming accustomed to the concept that we are ALL different, neutralizes that discomfort.
Yes, some individuals have traits in common, but none are exactly alike. We don't need to consciously search out those with common traits- our instincts in our body will do that, with amazing balance between same and different (being attracted to potential partners who have a very different immune system, for example, for optimum procreating).

Perhaps it is a bit too dualistic, and not totally realistic, but I tend to regard myself as having a body that tends toward sameness (synthesis, assimilation, mergence) and a mind that tends towards contrast (divergence, distinction, separation).
My emotions are of that body, and search, like water, similar states and levels in others.
My mind revels in the opposition of individuals- in contrasting "I"'s. Not meaning only conflict with others, but it is also terribly excited by the discovery of new individuals.... this is where "other" has a real value- precisely in it's "otherness".

If you are in touch with that excitement about otherness, then perception of difference is not a obstacle to love, to friendship, to respect and trust- on the contrary!

In the context of current social issues about gender, race, sexuality..... I suspect that those for who it is a preoccupation, they are mostly people who identify more with their emotions and body than with their intellect. But I may be wrong.
But when it becomes "bad" to verbally acknowledge differences in others (do not openly acknowledge a person is black, or gay, or female) it just seems like there is a lack of appreciation that these specific qualities are a positive thing. Like it is prejudice and hate parading as it's opposite.

Zoom out and see the bigger general picture, see the connectedness of things and similarities.

Zoom in and become intimate, see smaller details, see the secrets within others, the differences.

You have a good point, only focusing on the general picture may show a lack of appreciation for our uniqueness. Maybe this thread was a bit misthought, because now that I think about it, racism, sexism, homophobia, intolerance, hatred, and wars to take over other cultures, are ways that people condemn differences. I didn't think about that in the OP.

Then again, there are people who condemn sameness (rebels) calling them "sheep", "conformists", and "brainwashed", and that can lead to violence/wars/intolerance, too.

Thank you for your post. It's helping me to philosophize more about this topic.

Sometimes we need to write to get our thoughts out, look at them, and give them another try. It's all a part of thinking, and it wasn't mis-thought at all.

Oh, hey, "misthought" is not what I would encourage to consider! It is a thought, and it has some validity!

You examined one angle of approach, which has it's value! There are times when that larger picture needs to be focused on!
It is what people mean when they urge us to "get some perspective" back off, and be less focused on details.

(god knows I often need to be reminded of that. I sometimes get so fascinated with the intimate details I lose myself in them )


It is cool when you can zoom in and out as appropriate for you in the moment.
edit on 4-7-2015 by Bluesma because: (no reason given)