Officer and suspect draw on each other (video) Graphic

posted on Jul, 2 2015 @ 11:59 AM
link
Normally all we see videos of officers committing murder or violating people's rights.

But this instance I happen to believe this was an appropriate use of lethal force.

It turns out the suspect was carrying a pellet gun. But who can tell the difference in a situation like that. Regardless you don't draw any weapons on the police unless you're looking to get shot.

The video in this link is graphic. Just warning you now.

posted on Jul, 2 2015 @ 12:02 PM
link
a reply to: PraetorianAZ
It takes a special kind of stupid to pull a pellet gun on multiple cops.
Maybe it was suicide, but he didn't seem too upset or depressed.

Wow....what an idiot. I mean seriously? You are going to make the decision to pull a weapon on 2 police officers and the weapon you pull is your pellet gun? WTF????

Oh well....stupid will get you dead.

first: what an idiot to pull a BB gun on two armed police officers. the officers had every right to fire on this fool.

second: why were the police called in the first place?

posted on Jul, 2 2015 @ 12:07 PM
link
I saw this last night...looked like suicide by cop. What did he really think even if he was successful, he was gonna hold up 2 cops with a pellet gun... I mean if he really was going to try that move he had several better opportunities before they got outside. All I can come up with was he wanted to die that day...or maybe being drunk was his downfall.

ETA: there is also video from her body cam which is how I first saw it. Give a better angle in my opinion. The female officer was actually the one to fire first and pretty sure had it been a real gun and one officer she may not have made it. I'll see if I can find her angle.

posted on Jul, 2 2015 @ 12:07 PM
link
you reach for a realistic looking gun while being next to the police.... well you deserve what happens

Really lucky that was a pellet gun. That female could have easily been a gonner.


why were the police called in the first place?


I read somewhere that he was implicated in the theft of beer from a nearby Walmart.

originally posted by: butcherguy
a reply to: subfab


why were the police called in the first place?


I read somewhere that he was implicated in the theft of beer from a nearby Walmart.

In the beginning the officer says that he is a suspect in a theft. That's why they were pulling him outside.

stealing beer..... ha ha ha ha just a dumb fellow no matter what avenue you take to describe him.

posted on Jul, 2 2015 @ 12:25 PM
link
This isn't some type of video game! Those LEOs will suffer PTSD, enter therapy and always wonder if there could have been another way. Contrary to popular belief, cops don't enjoy killing people.

Yup, thats a good kill. Has got to be suicide-by-cop scenario. Why else does someone pull a pellet gun on two cops with real guns? Drugs perhaps?

posted on Jul, 2 2015 @ 12:38 PM
link
Something doesn't gel with the video. Now the officers are filming the incident. the filming doesn't start till both officers are in the room with the female officer to the right of the male officer so she's further into the room. Time took to get into position in the room and time took from the start of filming was over 10 seconds before the officers made their presence known. Somehow this doesn't seem the right scenario, even at the start of filming the long pause before they confront him. Also he wore shorts so the gun in his pocket must have stuck out like a sore thumb. In my opinion the officers were quite lax in not searching him while they had him to themselves in a tight space.
Also the shooting part. There were quite a few shots fired at him by both officers yet no visible wounds or blood.
If it's been released by the law office then you would think that it's genuine, yet it seems so pat like it's been directed by a Holywood director.

Is that how they would apprehend a suspect? Walk him thru the entire restaurant and then outside where he's not cuffed and can flee or do exactly what he did? Something doesn't seem right about any of that.

Those officers will hopefully be somewhat comforted by the fact that there was no other option. Man with a gun, waving it around in your face....I don't think there's a person here that can call this a bad shoot, police brutality or anything other than what it was...justified.

originally posted by: DAVID64
a reply to: olaru12

Those officers will hopefully be somewhat comforted by the fact that there was no other option. Man with a gun, waving it around in your face....I don't think there's a person here that can call this a bad shoot, police brutality or anything other than what it was...justified.

I don't think so either, but surely there will be some that will come along and say they could have just shot his legs and he would still be alive today.... 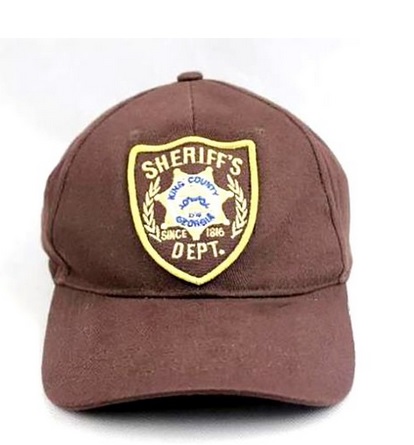 Too bad it's a "The walking dead" hat. Still, it suits him either way.

Why is this a justified police shooting, yet if it were a black guy attacking an officer or pulling a pellet gun on an officer, the officers are racist confederate flag waving white supremacists?


Why did they not pat him down to ensure he was not armed? Why do people not see that this needless murder could have been prevented?

posted on Jul, 2 2015 @ 01:09 PM
link
The female officer needs more training. Had the other officer not restrained the suspect he would have shot her first (had it been a real gun). The suspect had taken several steps away and turned around and had his gun almost in firing position on the male officer before she even grabs her stun gun by mistake. Her high pitched screaming "gun, gun, gun" seemed less than clear what she was screaming about.
The male officer handled the situation like an ace. When physical restraint failed he drew his weapon. His aim was good enough to bring the suspect down though it looked like he fired a few in the dirt. Understandable.
Sad that this man decided to die over some stolen beer. I suspect there was far more going wrong for him at the time.

Good job police.
You do what you must.