After entering the water, Corporal J.L. Spears immediately began having trouble. His body armor started dragging him under water, and despite repeated attempts to inflate his life vest, he was only able to inflate one lobe. The sergeant on board (all the crew but Cpl Spears had their names redacted) attempted to hold his head above water, and was unable to hold onto him. On the third attempt to manually inflate his vest, Cpl Spears slipped under the water, and did not resurface. His body was never recovered.

The report cited the crew for not following start up procedures and taking off in maintenance mode, a lack of warning of a software problem found earlier in the year by either the squadron or Navy Air Systems Command, and potential fatigue by the crew chief.

The V-22 Osprey that crashed into the Arabian Sea last year was doomed on take-off because it was accidentally started in maintenance mode, Marine Corps investigators concluded. Despite a routine hover initially over ship deck, the errant mission system selection and a design flaw in the tiltrotor aircraft, since corrected, deprived the engines of enough flight power.

Cpl. Jordan Spears, a crew chief who bailed out and was lost at sea after the Osprey hit the water on Oct. 1, 2014, was the first American killed in action during Operation Inherent Resolve, the campaign against the Islamic State group of militants in Iraq and Syria.

During more than 10 minutes struggling at the controls as the Osprey dipped in and out of the water, the pilots dumped most of their fuel. They were able to fly the disabled aircraft back to the amphibious assault ship Makin Island for a safe landing. But the MV-22B, which was submerged about four feet at one point in corrosive saltwater, required replacement engines and other parts costing more than $1.5 million.

The Marine command investigation also cited the pilots and crew for not strictly following start-up procedures that could have prevented the deadly mishap, a lack of warning to them about newly discovered hazards of flying the Osprey in maintenance mode, and the potential fatigue of the sergeant who unintentionally initiated the wrong system setting, according to the report obtained by The San Diego Union-Tribune through a Freedom of Information Act request. 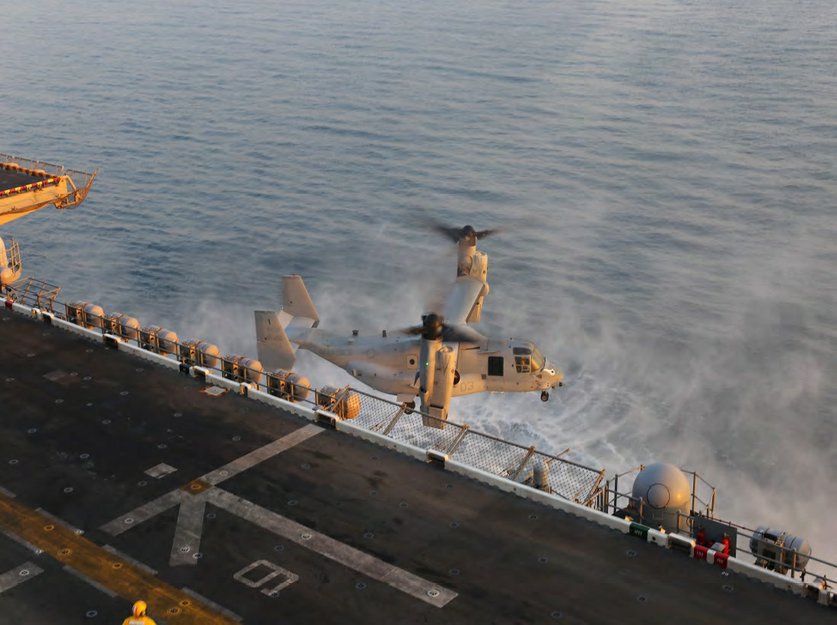 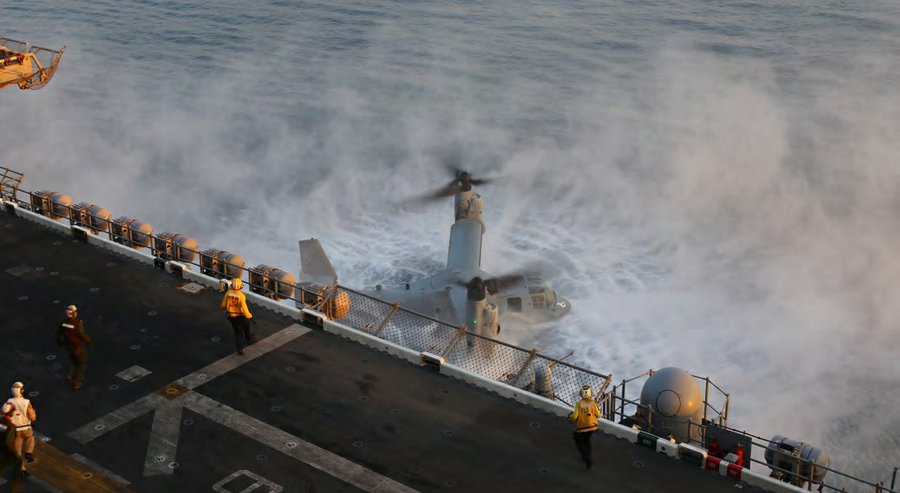 As it should be. While they did save the aircraft, if they hadn't screwed up in the first place, they never would have hit the water, and the Cpl would still be alive.

posted on Jul, 2 2015 @ 10:05 AM
link
The Osprey was not worth the life of the young crewman. Saving the aircraft was a small reward for the pilots' stupidity. If they were in my unit, they would never see the inside of a cockpit again. The f**g Osprey can be replaced but Cpl. Spears can not!


What ever happened to honor and integrity in the military? In my time, the most important thing was the lives of your men.

A new generation of leadership that is more concerned with getting the equipment they want and being promoted.

A new generation of leadership that is more concerned with getting the equipment they want and being promoted.


The "Buck Rogers" types! No bucks, no Buck Rogers.

I was surprised when I met my son's commander just before his deployment. He seemed like a ambitious corporate type rather than a military officer. He later volunteer to have his battalion remain in Afghanistan for an additional 3 months. Strangely enough it coincided with the Bin Laden raid.

Exactly. It's not about leadership anymore, it's about getting noticed.

So I have to ask you. I have heard that the bird actually pushed Cpl. Spears underwater in its dipping and diving and that contributed to his drowning. There is no reference to that at all in this report so I just wondered of you had heard similar. I am completely open to that being a vicious rumor.

I hadn't heard that, but at one point the aircraft was 4 feet deep.

posted on Jul, 2 2015 @ 05:08 PM
link
no one wants anyone to be hurt or die but I think that aircraft needs more research on safety. God Bless those men and women and their families for putting their lives at risk each day.

posted on Jul, 2 2015 @ 05:19 PM
link
Could marine ops involve some sort quick release system for their gear that you can disengage once over land.

It happened in the Normandy invasion where the soldiers jumped into too deep water and their kit dragged them under.

thanks. this one really bugged me. 4 ft is deep in the weeds. I heard it was in and out of the water at least 3 separate times too.

Yeah, it bounced a lot. They tried going to full power and couldn't get out, and finally were able to dump most of the onboard fuel, and were able to get light enough to get up to deck level.

last best option. I wonder what the yellow shirts were thinking from the rail?