posted on Jul, 1 2015 @ 06:45 PM
link
Stop blaming protestors. The only thing protestors have asked for is that it be removed from government buildings.

I'm just afraid this is going to cause a "boy who cried wolf" scenario. We are becoming desensitized to sensitization, if that makes sense.

Making such a huge and prolonged issue out of something that's never really not been an issue just sort of invalidates the next ones that come up. This whole confederate flag thing was funny for the first couple of days but it just kept going, as if it was the solution to ending racism or something.

The confederate flag has always been seen as racist to most people so this sudden interest in it being sparked by the church shooting is strange to me. I guess, to me, it's more strange that it has been ignored for so long up until that very moment.

originally posted by: Cuervo
a reply to: Liquesence

I'm just afraid this is going to cause a "boy who cried wolf" scenario. We are becoming desensitized to sensitization, if that makes sense.

Makes perfect sense to me. I don't see it as much of a "desensitization" and one more of fatigue. This ridiculous crap is pushing thinking people away. Maybe that's what they want. 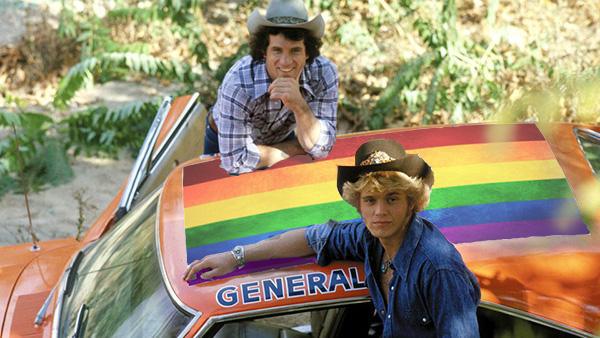 Brilliant! I wish I could give you all my stars for that!

Many people like myself who are not American wouldn't know all that much about the Confederate Battle flag before this week. Daisy Duke and her hot pants were far more interesting than the car roof TBH

I do believe though that all this hysteria and banning of the flag will merely have the opposite effect of what it aims to do. I think it will add more potency to the flag and imbue it with a much more 'rebellious' aura essentially updating its rebelliousness. IMHO the flag will now come to symbolize a reaction against enforced political correctness. It will become a much more powerful symbol because of this revisionist pc over reaction.

The Confederate flag and rebel flag have been contentious issues all along.

We get so tired of it that we begin to ignore it, and, by ignoring it, it gets even worse...simply because we allow it by ignoring it.

originally posted by: Kali74
a reply to: Cuervo

The Confederate flag and rebel flag have been contentious issues all along.

That's what I'm saying. It's never not been issue-worthy yet nobody cared when I would bring it up people. Now, everybody acts like we just discovered the flag for the first time.

I miss seeing re-runs of Sanford and Son.

All in the Family?

posted on Jul, 1 2015 @ 07:01 PM
link
They are trying to make it look as if there were racial hatred, when the real actors are safe, adjusting the temperature of the water in the pot. This entire life has been nothing but watching our masters deflect blame. This site is a perfect windshield by which to view the process in fast-motion, I must say. We even get to play along with the master's rules, as ATS slowly adopts them. Conforms to them.

Here we find progressive know it all's who chime in that kids are really quite hip on things, hell they might even know more than we do, while espousing tolerance to homosexual experimentation, and (surprise) gender selection. Here we find these same actors bending over backwards to force anthropomorphic global warming down our throats. 25 degrees below normal in Chicago. I think we've had two days above 80 F. Not sure if we will have a summer in the midwest. Only God can stop them, and they are not listening.

Maybe one day Nazi films will be pulled as well, because, my gosh, it seems the prisoners in all the POW camps had more privacy than we do now in our homes. And guess who is running the show? Hint: It is not the KKK.

Basically, by trashing the Confederate flag, in the name of racism, the masters are hereby insulating themselves from being exposed. It makes it appear as if they are protecting blacks. They only care about themselves. They'll use any group they can to accomplish their self-serving ends. They already control the Christians. Now they want the blacks. They want the blacks to dance to their drumbeats, just like everyone they control, dances to their tune.

The water in the pot gets a little hotter. Bread and circuses.

With how out of hand this is getting I could see Aunt Jemima Pancake Syrup being pulled from store shelves because the label color is similar and thus depicts an African American woman in a negative way.

This country is becoming home to more spineless jellyfish each day.

Don't forget Uncle Ben's. When are people going to STOP listening to this BS?

posted on Jul, 1 2015 @ 07:04 PM
link
I never understood the southerners sick obsession with their failed rebellion because the south will never "rise again".

They got their ass kicked, bad.
The whole "southern struggle" was totally futile and they all died for nothing.

The confederate flag is a symbol of shame and utter defeat.

originally posted by: grimpachi
a reply to: intrepid

Cos was awesome in the 60's and 70's. My first fav comedian. Turns out he's a rapist. I don't think that demeans what he did before he became a predator. Typing that I'm not sure if I believe that or not. Conflicted.

Speaking of which, I haven't seen TV Land air All in the Family in over 10 years. Now I'm wondering if there were other influences involved...

I guess now simple social commentary is taboo as well.

But that's a a good point: Sanford an Son, and All in the Family they made it a POINT to use stereotypes in their scripts for comedic and IMO therapeutic effect. The times Archie talked about blacks, and how Fred railed on whites and Puerto Ricans it was the stereotype.

The point, in such a time as just getting out of Civil rights ad dealing with that, was to smooth things over, but now we've gotten to the point where it's so awful it's like calling someone a N.

In many ways, we're regressing culturally because we're too freakin afraid of saying something that might offend someone else (on a personal or corporate level) which thereby reflects on ourselves..

In our age the backlash is exponential and we can't even LAUGH at it anymore become someone gets his or her feelings hurt.
edit on 1-7-2015 by Liquesence because: (no reason given)

Many people view that flag as the only group in the U.S. to ever have the balls to go to war against (in their view) an oppressive federal government. Not everyone views that flag in the same way.

originally posted by: Liquesence
But that's a a good point: Sanford an Son, and All in the Family they made it a POINT to use stereotypes in their scripts for comedic and IMO therapeutic effect. The times Archie talked about blacks, and how Fred railed on whites and Puerto Ricans it was the stereotype.

Yes and no. Not just Blacks and minority rights. Women's rights. Gay rights. Those show were invaluable in breaking down stereotypes. We LAUGHED at them.

I wasn't alive to watch those shows when they were new...but from what I gather everyone laughed because it was a kind of "equal opportunity" show. The white people making fun of stereotypes were seen as white stereotypes themselves. Everyone got egg on their face which made everyone laugh...

Is that kind of it?