posted on Jul, 1 2015 @ 06:15 PM
link
I have put this in threads before but if you want to see lighnening strikes in almost real time this site is awsome. it's like google maps but with where the strikes hit.

originally posted by: Kali74
a reply to: boymonkey74

That's something called heat lightning. You Brits just aren't aware of it because it's not usually hot enough over there for it to happen.

Dang, you beat me to it. I wasted to much time making this! 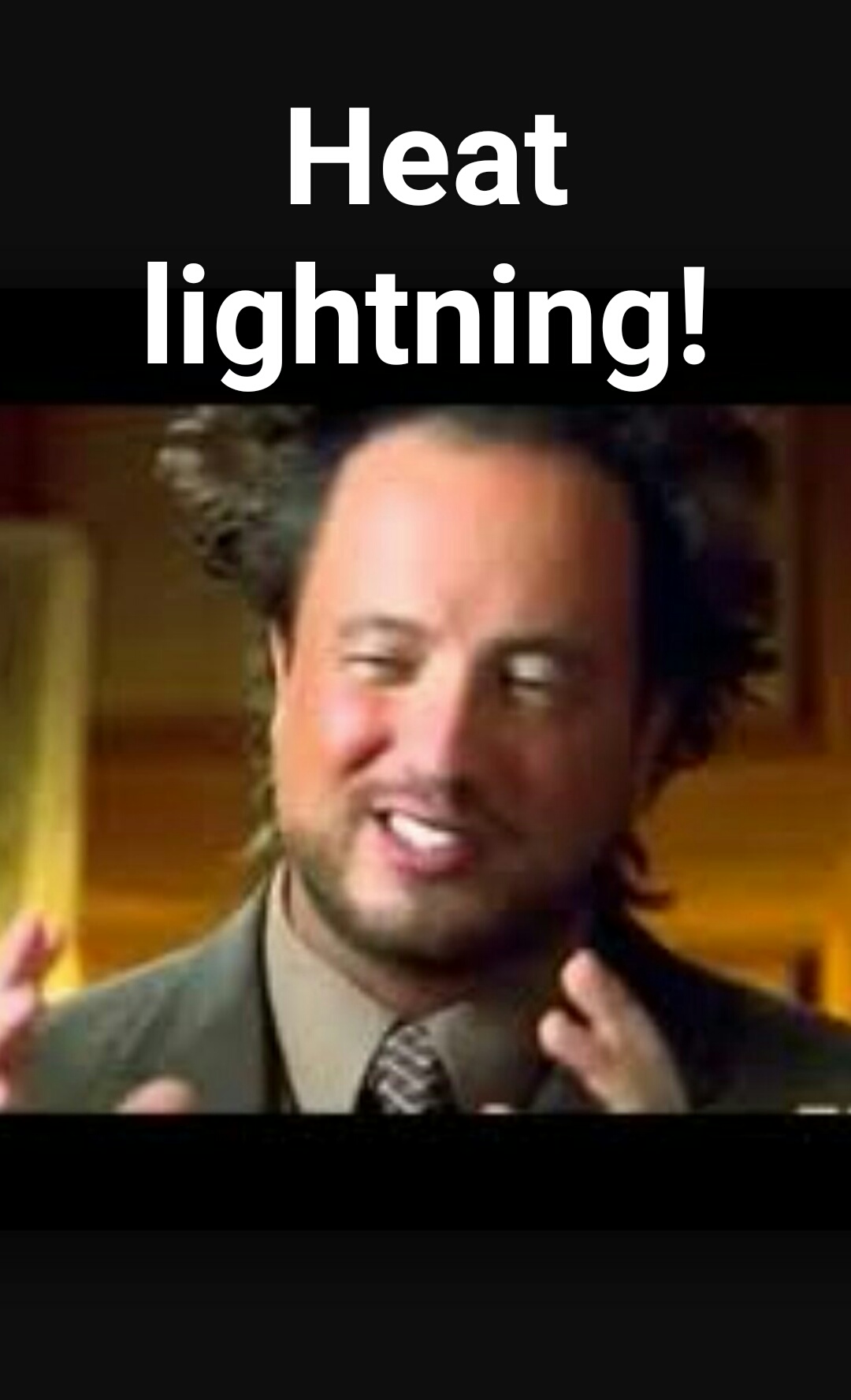 You should add "It's aliens" tom the bottom black space!

originally posted by: boymonkey74
Just looked it up and its called intra-cloud lightning.

First time I have seen that.

I've seen that kind of lightning. It took me aback when I saw it. I asked a friend I was with "WTH" and they called it 'intra-cloud lightning' or something like that. It must be kind of rare (at least where I live in SC) because I've only ever seen it a couple times.

originally posted by: boymonkey74
Just looked it up and its called intra-cloud lightning.

First time I have seen that.

It looked like concealed sheet lightning to me, that sort of thing can go on for ages, not even much thunder, and is very common as is cloud to cloud lightning, most times people just don't see any fork branching which is there, unlike fork lightning, which can be air to ground or vice versa and usually very visible.
I guess the terminology is a bit archaic anyway since the start of astronauts observations from above.

BTW, don't worry about nonspecific, he's from the other side of the pond really, and has just had his teeth done, and has no clue about your accent, which is Midlandish..maybe Staffordshire, or Warwickshire or thereabouts.

Wind when the sound picks up.

Manchester born and bred but it has changed over the years .

posted on Jul, 1 2015 @ 07:28 PM
link
I got to watch one of these Monday morning. It was beautiful, and not uncommon here. It was massive, and the lightshow was intense and near constant. It was east of me and moved slowly south. I think it slammed Midland/Odessa Tx pretty hard and caused them some flooding again.

The storms this year have been fantastic. I hope to see many more.

originally posted by: DAVID64
Watch in the lower, right side at around 1:05 to 1:07. It looks like a static spark not lightning jumps between clouds. You may have to watch several times to see it, because it happens in a split second.
ETA: You can see it much better on full screen/HD.

could be a charge. a static charge building up, Lightning is static.

posted on Jul, 1 2015 @ 07:58 PM
link
Definitely aliens. Some illegals have hijacked a mothership and beaming themselves down under cover of darkness.

We had a much more violent one in Adelaide in October last year - 50,000 strikes in one night!

Then we had Australia's loudest ever recorded thunder in May 2015. I was so loud and long that the sonic boom really did feel like an earthquake.

These are all signs of a planet in distress my friend.

originally posted by: nonspecific
a reply to: boymonkey74

Not that one, you sound a lot more northern and manly than I expected.


Right after I read that, your avatar winked. Gave it a whole new context. Funny stuff...