Is light pollution stopping us from spotting UFO'S?

I've come to realize that there is common link in UFO sightings. Anyone who has payed attention to UFO reports might have noticed a trend-the witness is driving home in a backwater suburb, town, or even in the middle of nowhere. Heck you don't even have to be driving; there are many who have claimed to see dazzling lights on their farms, their summer lodges, even at remote Air forces bases.

Places in the U.S like rural Arizona, Colorado, Nevada and New Mexico are UFO hotspots, and in Australia places like the Nullarbor plain and the Stuart Highway (The Aussie E.T highway) have their fair share of sightings. So Why are so many UFO's spotted in these areas?

Maybe because we can see them.

Even the most greenhorn astronomers will know that pointing a telescope to the sky is fruitless in a suburban area. The light given off from street lights, house lights and car headlights act as a smoke screen and obscure the vision, which is why observatories are constructed in sparsely populated areas like Hawaii or Australia where the light pollution is minimal.

And if that this is true-and light pollution is a reason why we don't see UFO's in Manhattan, London or Tokyo-does that mean that UFO's could be frequenting these metropolitan areas and we have blinded ourselves to their presence?

posted on Jul, 1 2015 @ 08:24 AM
link
I would say yes, light pollution would effect ones ability to see certain phenomenon in the night sky. Heck most people cant even see the dark rift in our own Milky way, much less an unidentified object, giving off a light source. When I go out at night, I cant see the milky way until i'm about 5-10 miles away from the city I live in. More people should try and experience a brilliant dark night, with no moon, or light pollution, and just look up and observe. Breath taking

pointing a telescope to the sky is fruitless in a suburban area.

Not only that, but all types of nocturnal flying creatures are being affected as well. People need to be made aware of this problem and pay attention to the outside lighting we purchase for our home's exterior. If you can, buy lamps that direct the light downward.

The real situation is that there are so many things in the sky today, we don't know what the Hell we are seeing. In 1952, for example, at the time of the (then) famous UFO sightings over the US Capital, it was easy even for a common citizen to tell that those fast moving objects were extraordinary. Not so today.

You bring an interesting point with this thread. In that in the last decades some of the most vivid accounts of strange vehicles being seen were of triangles, and typically seen low and slow moving such that they were unmistakable as extraordinary. I've mentioned on ATS many times that I and about 20 other people witnessed a low, slow and silent triangle moving over Laramie in 1998. So stuff happens, it just doesn't get reported these days. As for the triangles, I assume that they are not ET UFOs, but our own devices on parade.

I keep my outsides lights off and I see plenty of critters and wildlife when the lights go out, I spotted a barn owl on a fence a while ago and it was brilliant; that was something I wouldn't have spotted if I had my outdoor lights on and I won't forget it.

originally posted by: data5091
a reply to: intrptr

Not only cloaked but disguised as ordinary craft, birds...especially owls.

originally posted by: intrptr
a reply to: Thecakeisalie

Hahahhaaa Yes so true When they want to show up they certainly do.

posted on Jul, 1 2015 @ 09:36 AM
link
I like the way you are trying to add human derived logic to the UFO phenomenon. Personally I think it's pointless, no logic applies to the UFOs, it's (literally) over our heads to try and make any sense of it. They just are seen by some people.

I like the way you are trying to add human derived logic to the UFO phenomenon.

Says the human who is adding to a UFO discussion.

I was not discussing the nature or origin of UFO's, I was discussing how Light pollution could make UFO's less visible.

Hahaha good point Appologies if I sounded a bit rude, it was not intentional, it's just after years of trying to figure things out regarding mine and the sightings of others I just basically gave up, as things don't make much sense.

We do see UFOs in urban areas youtube is full of videos of them and MUFON full of reports of them.
Perhaps the likely reason we don't see Alien piloted spaceships is because contrary to popular belief they aren't lit up like Christmas trees or they do the sensible thing and hang around unpopulated areas .... maybe we can't see them because they aren't there to see , I don't know.

I would of thought a species capable of interstellar travel would be capable of only being seen when they want to be seen , perhaps that's another possibility.

It's not a problem if you know how to deal with it!

I live in the middle of a housing estate of about 150 houses in a small town surrounded by some larger towns and within 10 miles of a major city. 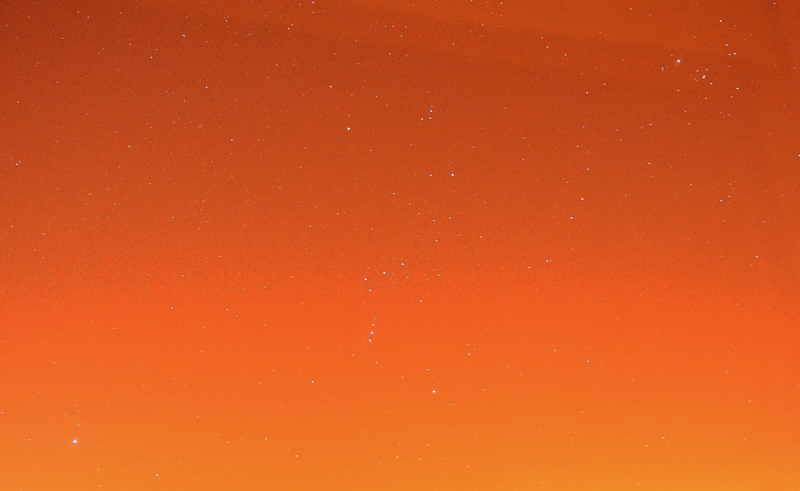 Yet with a little bit of editing. 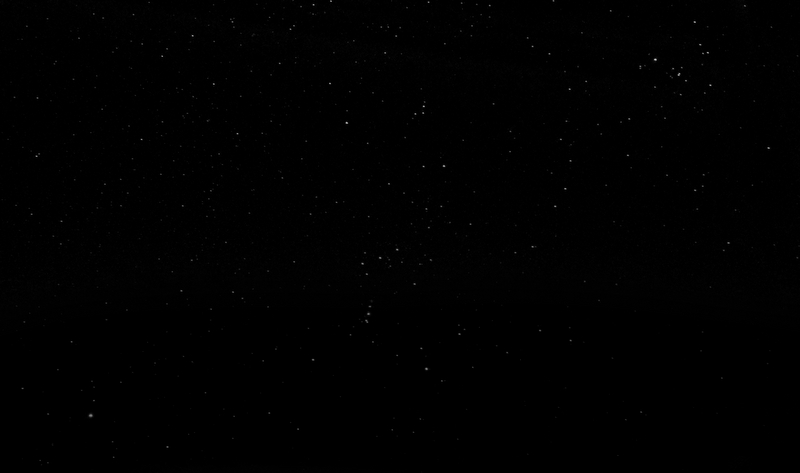 We have many members in all areas of the world taking pictures at night some with pro grade equipment strange that they never seem to see ufo's or is that because we have a good idea of how cameras/optics work and what we are looking at.

posted on Jul, 1 2015 @ 11:12 AM
link
No light pollution here, dark as ink. Funny that's the biggest complaint from city visitors. "It's too damn dark and quiet." We love it but it creeps them out.


Believe me, when they want you to see them, you will.


The UFO/lights we saw over our house could've easily been seen no matter how many lights we had on. TBH, the surrounding darkness wasn't something I considered when, like an idiot, I flashed them with my high powered flashlight.

Just a goof, this was before laser pointers. I wasn't trying to blind anyone or piss them off, just wanted them to know we were watching. My light gave away our exact location. What started off as small lights in the nearby sky ended up over our house in seconds. If that wasn't bad enough the lights changed in size/color, got a lot bigger, went from white to amber, once overhead.

There was no mistaking them for an iridium flare/satellite, Chinese lanterns, swamp gas, plane...whatever. That scared me, I never thought I'd get a response, not like that anyway. I always thought it was military and they were either laughing/messing with us or were mad as hell because I flashed them.

It felt threatening, I didn't like being singled out/targeted but I asked for it. Either way I grabbed the kids, got out of dodge. I can still feel the adrenaline/fright running through me as I got my youngest out of bed, made for the front door. I kept waiting for our front windows to fill with blinding light. My teenage son witnessed the whole thing with me, afterwards he said he was expecting a flood of lights too.

I've been caught under spotlights from both a police helicopter/cruiser back when we lived in Gary. It's absolute white out blindness. BTW I wasn't a criminal and I didn't flash them with my handy flashlight. They were looking for an armed suspect and we were delivering newspapers at 3 am. I couldn't see a damn thing/froze. They apologized, we gave them a free paper. Probably all they wanted in the first place. No I didn't want to get caught in anyone's floods.

Imo flashers of UFO lights are a bunch @$$holes. Now if I see anything I keep my flashlight to myself, flash them the finger instead. They can keep on keeping on for all I care and they better stay away from me. If they back me into a corner again, with no explanation, the only flash they're going to see is the one from my gun.

Maybe look at the light pollution combined with the Earth's energy grid system where ufos are generally seen.

I have noticed the same thing as well, we need collaboration.

Do you have members in the Atacama with amateur equipment?

That is a fascinating account. Judging from the white type turning into amber/orange and changing shape, then I guess that you saw the real ufo orbs, I saw them do exactly the same once, you know, that morphing thing into another shape is just so damn weird, mine went into body builders dumbell shape from orb Got them over using a flash light too (communicator) but a dynamo one which replicates the inner workings of the ufo orb. Yours came straight over, wow mine were totally timid, took 20 mins to coax them down from the distance, when we were joined by other orbs they were certainly NOT timid

Throw in the electricity thing too. All the electricity around built up areas only developed over the last 100 years must have some impact on the UFOs and their seen locations. If all the human created technology within built up areas is keeping the UFOs away from those areas for whatever reasons. Maybe they prefer 'natural' environments, then again we with our landscape changing tech are in many ways part of nature, but our city tech may affect their systems, so they stay in the sticks.