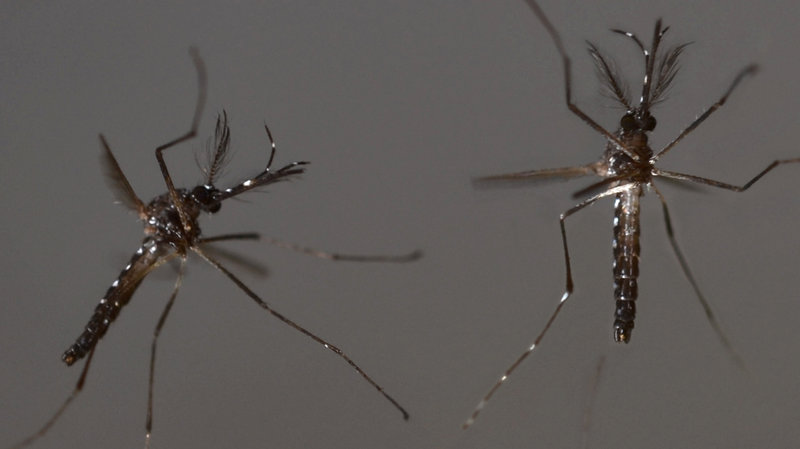 After years of spraying, local health officials say, A. aegypti mosquitoes in the Keys have developed a resistance to most chemical pesticides. Now, the Mosquito Control District wants to become the first in the U.S. to try something new: genetically modified mosquitoes. The strain of insects was developed more than a decade ago by a British company, Oxitec.

Experiments already conducted in Malaysia, Brazil and the Cayman Islands have found that releasing bioengineered male mosquitoes can reduce the A. Aegypti population by 90 percent. For the past five years, officials in the Keys have been working with Oxitec to get approval from the U.S. Food and Drug Administration for similar experimental trials in Florida.

So I guess the way it works is that the males still mate with the females but the hatchlings die before adulthood do to the gene modification ?


So that does not really make sens to me , what do they plan on just modifying a ton of males to just mate with the females ? eventually killing off the population ?

Apparently this is being done because

These are the mosquitoes that carry dengue fever and chikungunya, another tropical disease that's swept through the Caribbean and is now showing up in Florida.

however Key West was hit with an outbreak of dengue fever, the first in 75 years. There haven't been any cases since

Not sure what to think really , maybe some Florida folk can chime in and give their opinion eh?

I'll be holding tighter than a skeeters arse in a nose dive ,waiting for your reply

posted on Jul, 1 2015 @ 12:51 AM
link
a reply to: Kapusta
It actually sounds pretty good to reduce mosquito populations, without the use of dangerous or toxic insecticides which are normally used and now ineffective or less effective.

The concern would be unforeseen consequences of the genetic modification, and if they are unforeseen who knows what they would be?

If they limit the test to a small area then if there are bad consequences at least they won't appear everywhere at once. It's probably better to test on islands first which they apparently did already.

It would be nice if somebody considered, if only for a moment, that mosquitoes evolved to be what they are over millenia. We should certainly reduce their population through environmental controls, but there is a bit of lunacy involved in releasing gmo mosquitoes.
edit on 2-7-2015 by Ksihkehe because: (no reason given)