posted on Jun, 30 2015 @ 09:37 PM
link
A couple day ago as I drove up a ridge with a good view overlooking the lake I say an aircraft unlike anything I have ever seen before and I used to be an Air Traffic Controller in the military. It had what was a V shaped main wing and an inverted V tail stabilizer. There did not appear to be a cockpit. It was a bit hazy and it did not bank near me so I did not get a complete look. It was a mile out and at about 2000 feet. My guess is that it was a military drone something like a predator or reaper. Guess they are getting ready for the fourth... Didn't think they were authorized for civilian airspace. On further research I found something on a border patrol drone that may also be used for urban combat "US Military Preparing New Generation Of Drones For Urban Combat" I am near the border so it may be a customs drone. It may be a DARPA project called a GOSHAWK drone.
Here is a link. www.popularresistance.org...
edit on 30-6-2015 by starswift because: (no reason given)

Its sounds like a very good speculation, though no terrorist would target New Hampshire as they have no problem with the "Live Free or Die" as the Arabs really just want to be left alone, just like New Hampshire people. I'll say monitoring patriot groups celebrating July 4th would almost be as likely.

posted on Jul, 4 2015 @ 07:44 PM
link
Plenty of radical separatist elements up here ; )
Militias, etc. mostly no actual threat
As I remarked, we are near the border up here and it's possibly a border control drone.
Probably a test flight as I'm not sure it's in general use yet.
The interstate is near and though it was not flying the corridor many illegals come down that way.
Guess, due to the threat level, the might be looking for Jihadis
Cheaper than an aircraft.
What's creepy is it may have a defence component to it and could be used for the wrong reasons.
Who will watch the watchers?
a reply to: wayforward

The Goshawk isn't a UAV, they're using the birds to develop agile UAVs. They want to mimic Goshawk flight for a small, agile, UAV.

posted on Jul, 4 2015 @ 08:05 PM
link
True, but the article implied the vehicle photo was named a goshawk.
The article was poorly written but what I got out of it was DARPA border patrol which would also make it a test vehicle.
Maybe only DARPA know what the name is.
I posted because I might have been one of the first to have seen a new military drone flying in US civilian airspace on a border patrol test or assignement.
Looked similar to the photo but may have been smaller than what they use overseas.
Might look like a hawk at higher altitudes although the description for the goshawk implied it was bird size.
Do you have a photo or maybe another poster does.
I think it would pop up in the media if more were seeing this due to the level of paranoia on the subject.
reply to: Zaphod58

The UAV in the picture is the Predator. There are several versions of it.

The MQ-1 is used by Customs and Border Protection, as well as the US military.

Also used by Customs and DHS.

There are a number of companies in New Hampshire that do aerial photography using small UAVs, which is becoming much more popular recently.

posted on Jul, 4 2015 @ 11:20 PM
link
Only 2000 feet AGL wouldn't really be conducive to surveillance. Higher up gives you a much better vantage point, not to mention better focus on the cameras. On top of that, it makes it less likely to be spotted visually or heard by those below.

This drone is a large drone and does not appear to be like anything than can be found on the internet,
It was 15-20 feet long estimated, somewhat smaller than a Cessna single engine trainer.
I have been in military air traffic control and in imagery interpretation so that is my best guess, pending new information.
a reply to: Zaphod58

There are a few hundred different types flying around out there, not all of them military. It could be as simple as someone with a lot of money on their hands, and plenty of free time developing their own as a hobby.

posted on Jul, 5 2015 @ 12:26 PM
link
There's an ultralight airplane that looks something like that. I can't remember the name off the top of my head but it's dimensions and configuations are right.

posted on Jul, 5 2015 @ 01:16 PM
link
You may be right,
My first impression was plane, I saw no fuselage or cockpit, which made me wonder.
My other guess is surveillance.
a reply to: buddah6

Google maxair hummer ultralight and see if that's what you saw.

How about this Ultralight. It has a shape very similar to your sketch: 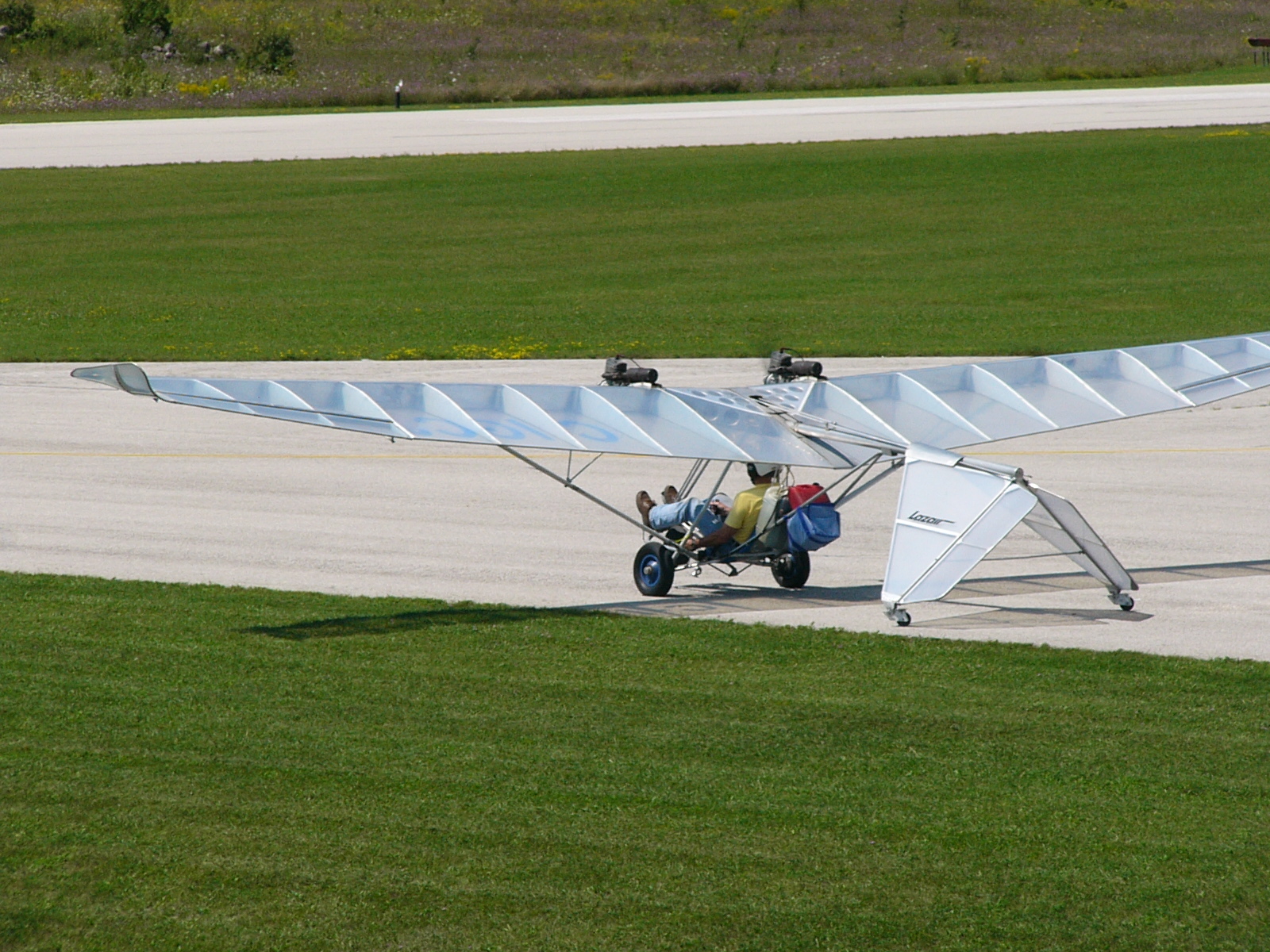 Thanks that's the one.

posted on Jul, 6 2015 @ 09:52 AM
link
Not what I saw as the top wing was a deep V.
Like the tail in the photo but inverted. The tail has the correct configuration, No undercarriage.
I redid my drawing to be more precise, below is almost exactly what I saw.

a reply to: buddah6