Bree Newsome Speaks On Cutting Down Flag at SC Capitol

posted on Jun, 29 2015 @ 06:44 PM
link
I love this woman, I have a new hero. Many Southerners say that the Rebel Flag represents fighting tyranny to them but it represents a much darker form of tyranny to almost all African Americans. So here is woman that decided even though she would be arrested and possibly go to prison and that a new flag would go right back up... climbed up the flag pole and cut down the flag that stands for tyranny and inequality against African Americans.

There's so many amazing things she says, I hope people will click the link to read all of it.

So, earlier this week I gathered with a small group of concerned citizens, both black and white, who represented various walks of life, spiritual beliefs, gender identities and sexual orientations. Like millions of others in America and around the world, including South Carolina Governor Nikki Haley and President Barack Obama, we felt (and still feel) that the confederate battle flag in South Carolina, hung in 1962 at the height of the Civil Rights Movement, must come down. (Of course, we are not the first to demand the flag’s removal. Civil rights groups in South Carolina and nationwide have been calling for the flag’s removal since the moment it was raised, and I acknowledge their efforts in working to remove the flag over the years via the legislative process.)

We discussed it and decided to remove the flag immediately, both as an act of civil disobedience and as a demonstration of the power people have when we work together. Achieving this would require many roles, including someone who must volunteer to scale the pole and remove the flag. It was decided that this role should go to a black woman and that a white man should be the one to help her over the fence as a sign that our alliance transcended both racial and gender divides. We made this decision because for us, this is not simply about a flag, but rather it is about abolishing the spirit of hatred and oppression in all its forms.

I removed the flag not only in defiance of those who enslaved my ancestors in the southern United States, but also in defiance of the oppression that continues against black people globally in 2015, including the ongoing ethnic cleansing in the Dominican Republic. I did it in solidarity with the South African students who toppled a statue of the white supremacist, colonialist Cecil Rhodes. I did it for all the fierce black women on the front lines of the movement and for all the little black girls who are watching us. I did it because I am free.

Can't see how anyone would oppose such peaceful but poignant rebellion.


What she says about the confederacy not being the only southern culture, nor an admirable one should hit home.

Thanks for sharing, Kali.


She won't go to prison and it's very doubtful she will even go to jail but she does face a $5000 fine for defacing public property .

originally posted by: Kali74
a reply to: Greathouse

If they put that girl in jail I along with most of the country would be PO'ed. But I admire her courage because I certainly think she is willing to take the punishment whatever it is .

posted on Jun, 29 2015 @ 07:32 PM
link
Great story. They should take it down every time they raise it back up. I want to see if they will go through the trouble of posting guards to protect it, if they do, then we will know that they still believe in that stuff hard core.

A flaming arrow might be more expedient in the case of repetition.

posted on Jun, 29 2015 @ 08:10 PM
link
Someone will get shot next time its tried until they remove it legally. Cant climb with a bullet in your leg can ya?Oh yeah shes a hero,but It went rights back up so it was really stupid in the long run. She will go to jail for defacement of a monument most likely.

She went about it the wrong way is all i am saying.

So much bad has been done behind the scenes while everyone got their panties in a twist over a flag that has been flying for some time... And an equal rights decision.

We should be focused on the tpp and it's associate legislation that's going to fubar life as Americans know it.

This woman is either willfully stupid or was paid to do so...

People really do have the ability to focus on more than one thing at a time. I'm curious if you read her entire statement, what do you think of it?

I'll be consistent. Though that may be out of the norm here.

I admire her for doing it. But she was wrong to do so.

Funny you didn't think so in the thread I supplied.

But hey, it's still a marginally free country.

It's got me impressed with the lengths some people will go to try and flat out kid themselves.

Like if the flag means something else to you: rebellion against authority - cool whatever, I watched Dukes of Hazzard reruns as a kid too...yeehaw!

But quit pretending it doesn't represent a whole lot of disgusting and hateful # to a lot of people as well. If you honestly can't see how a flag flown defending slavery, then resurrected in defiance to desegregation and civil rights, is not horribly offensive to some people - you're either: dumb as a box of rocks, intellectually dishonest, or *gasp* a total bigot yourself.

This issue is not a zero sum game: just because you think it looked cool hung up on your dorm room wall in the 70s doesn't mean a lot of people out there aren't allowed to recall some pretty evil things it was very obviously associated with as well. They have every right to be offended in this case, and if you think that's PC run amok you sound like quite the drama queen yourself. Quit pretending y'all.

Was it her flag?
Did she deny others the right to fly it?


Again, you have clearly stated your opinion.

I'll let your words speak for themselves. 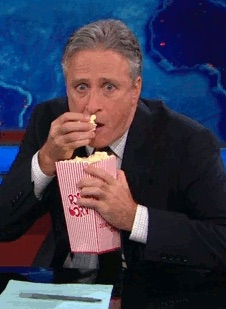 Yesterday at the SC Capitol there was both anti-flag and pro-flag protestors. An anti-flag protestor grabbed a Rebel flag off passing car and an altercation resulted. I don't the anti-flag protestor should have done what he did. There's a difference between what he and Bree Newsome did.
edit on 6/30/2015 by Kali74 because: (no reason given)