the action or process of getting rid of something.

We can't get rid of this stuff. Wherever it is it's going to be a danger. It isn't gone.

the action or method of storing something for future use.

Apart from that which is potentially reusable as fuel, we have no future use for the waste.


Repository is popular with the nuclear industry.

a place where or receptacle in which things are or may be stored.

keep or accumulate (something) for future use.

So we're back to future use which isn't the case.

a site for depositing rubbish.

an unpleasant or dreary place.

deposit or dispose of (rubbish, waste, or unwanted material), typically in a careless or hurried way.

Dump seems to fit, but if the nuclear industry doesn't want to use the term who are we to argue?

The amount of radioactive waste here is said to be enough to fill the Albert Hall five or six times. en.wikipedia.org... That's a big dump.

posted on Jun, 28 2015 @ 01:18 PM
link
Call it mutating fuel stuff. Because it will mutate anything as well as fuel your future atomic nanobots if the PTB ever allow us to make them.

Then future use still fits.

Contamination seems to fit. That, and poisoning. If you're into horror movies the word zombies fits, too. I'm not sure exactly what you were shooting for but that's what I could come up with off the top of my head. Sorry if it doesn't help.

That's exactly what I didn't want to say.

I'll go with zombies. Good one.

Love the irony you imbued the thread with. One of my favorite topics is "waste".

Waisting for the "shoot it to the sun" and "deactivate it" crowd.

Suffice: The only thing that reduces radioactivity is decay over time.

We have crapped our nest.

What happens when the launch vehicle fails or blows up before it leaves our atmosphere?

Just as soon as we've got over these teething problems.

Space X blew up after launch this morning. At yes, thousands of dollars US to put a pound in orbit, getting the tons of fuel rods to space is expensive and more dangerous than just burying it… who's going to pay for that and the mess of failed launches?

The nuclear powers that be? You?


The best solution is to stop making more fuel rods and bombs from spent fuel.

I'm amazed by the use of the word legacy.

The UK has accumulated a substantial legacy of radioactive waste from various civil nuclear and defence programmes.

An amount of money or property left to someone in a will:
my grandmother died and unexpectedly left me a small legacy

Something left or handed down by a predecessor:
the legacy of centuries of neglect

However inventive the nuclear industry scriptwriters are they just can't find the words to say it how it is. 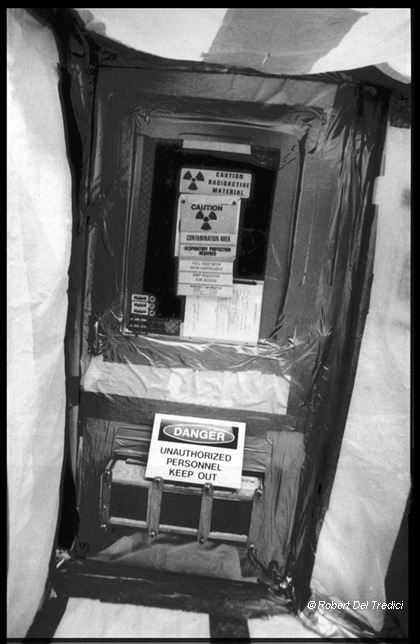 E4. Infinity Room. There were more than 20 “infinity rooms” inside the Rocky Flats plutonium pit production facility. Plutonium pits are needed in nuclear weapons. These rooms at Rocky Flats were called “infinity rooms” because they became so contaminated with plutonium that the levels of alpha radiation were too high for standard monitoring equipment to measure. The radioactivity inside these rooms reached nearly 25,000 times natural background. Building 776/777, Rocky Flats Plutonium Pit Production Facility, near Denver, Colorado. 18 March 1994.

posted on Jun, 28 2015 @ 02:10 PM
link
I think the word your looking for is "placement". A nuclear placement facility. An area that you place something.

What happens when the launch vehicle fails or blows up before it leaves our atmosphere?


Whatever aboard rains back down on the earth… fuel, parts, payload. In the case of highly radioactive spent fuel the worst possible scenario for contaminating large ares of the earth and any people down wind is the 'spray it high into the atmosphere' one.

If burned or otherwise finely divided in a failed launch the small particulates of highly radioactive isotopes would drift with the winds, to wide areas of the globe, becoming random fallout, attached to rain for instance, invisible death, blown on the wind and in water just waiting to be breathed or other wise ingested into the human body.

A most serious consequence. Besides being insanely expensive, (there are hundreds of tons of spent fuel rods stored in each of the worlds nuclear reactor "cooling ponds"), any launch mishap would be catastrophic for earth inhabitants.

A ridiculous idea and liberally used by proponents of nuclear power as one solution.

Kind of catchy and poetical too. Waste Placement.

and when the rocket blows up?

It is interesting that NM Rothschild's purchased control of the atomic energy commission board. I think you should use commodity since those asclowns seem to want control of the waste, possibly to use it for something else.

Form it into bullets and fire them off in a foreign country...