The only ones I hate more are the B-52s getting the guillotine.

Those are hard to watch too. The loss of the history in those things are enough to bring a tear to your eye.

My God! Those are real monster!

posted on Jun, 27 2015 @ 07:16 PM
link
This is depressing. I adore the F-14. My grandfather served 28 years in the Navy as an airplane mechanic on carriers and retired in the early 70s from the VF-124 at Miramar (aka Top Gun) which was an F-14 training squadron, so these jets have a special place in my heart. I still keep an Aardvark patch in my wallet from his time in the VF-114.

The only ones I hate more are the B-52s getting the guillotine.

Geez, but I loved Rock Lobster and Love Shack.

Can't they donate them to a kid's playground or something to keep them out of iranian hands. put some ladders and slides Iiff of them for the kids to climb on. Maybe some rubber nerf padding on the wings. Anything but the industrial shredder.

Some are turned into QFs and used for target drones for live fire training. After they ran out of F-4s they started in on F-16s.

posted on Jun, 27 2015 @ 11:29 PM
link
Not even going to watch it, cant handle that FUBAR stuff tonight. I`d have kept one, maybe two perfectly safe from any Iranians, Californians, Antarticans, or Tom Cruise. Washed, waxed and lubed weekly of course.

Its almost as bad as watching QF-4s and Century series Q fighters used as target practice.

Those were just CGI, never happened.

Cut the nose with cockpit off, pack it full of electronics and hydraulics and have the greatest flight simulator ever created.
edit on 27-6-2015 by StratosFear because: (no reason given)

"In 2007 a contractor was paid 900,000 to thoroughly destroy 23 F-14's in order... for the military to scream how they don't have enough aircraft to meet the emerging threat from (insert foreign nation of choice here) and they need billions of more tax dollars or we're all going to die right this instant!"

posted on Jun, 28 2015 @ 03:54 AM
link
a reply to: Sammamishman
I thought it was probably destroyed enough to prevent Iran from using the parts, before they put the parts in the giant shredder!
It is a sad sight to see, such a notable machine getting destroyed.

posted on Jun, 28 2015 @ 08:33 AM
link
You guys DO realize that the whole "we have to destroy them to keep them out of Iranian hands" is just a BS excuse/cover story right?

So that A, they cant be used again and leave the US Navy with a hole to fill, and B, so said hole creates an excuse to force the navy to buy F-35C's that they never really wanted?

US destroys its own fighters to avoid Iran from obtaining their parts .

Edit : AVnerds as you call them can participate in Kish international airshow , they can see upgraded F-14AM every year from 10 meters away 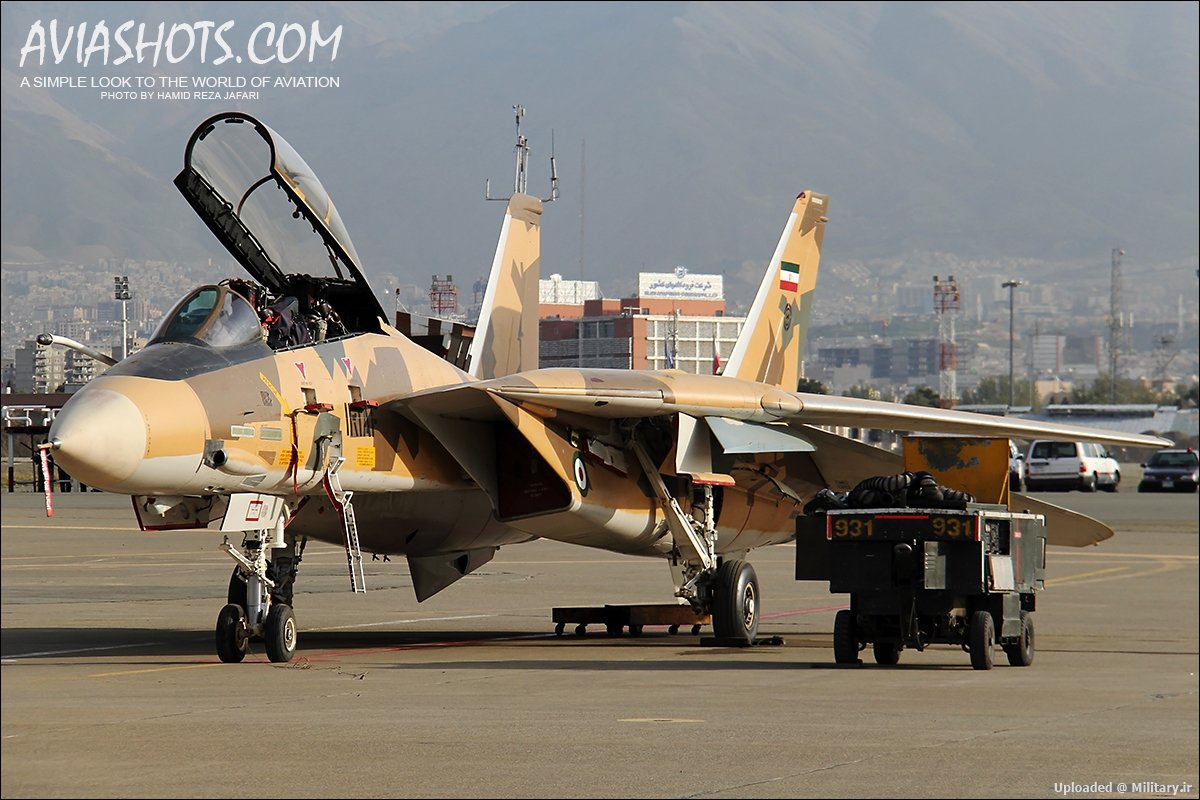 It didn't matter. They weren't going to fly again no matter what.