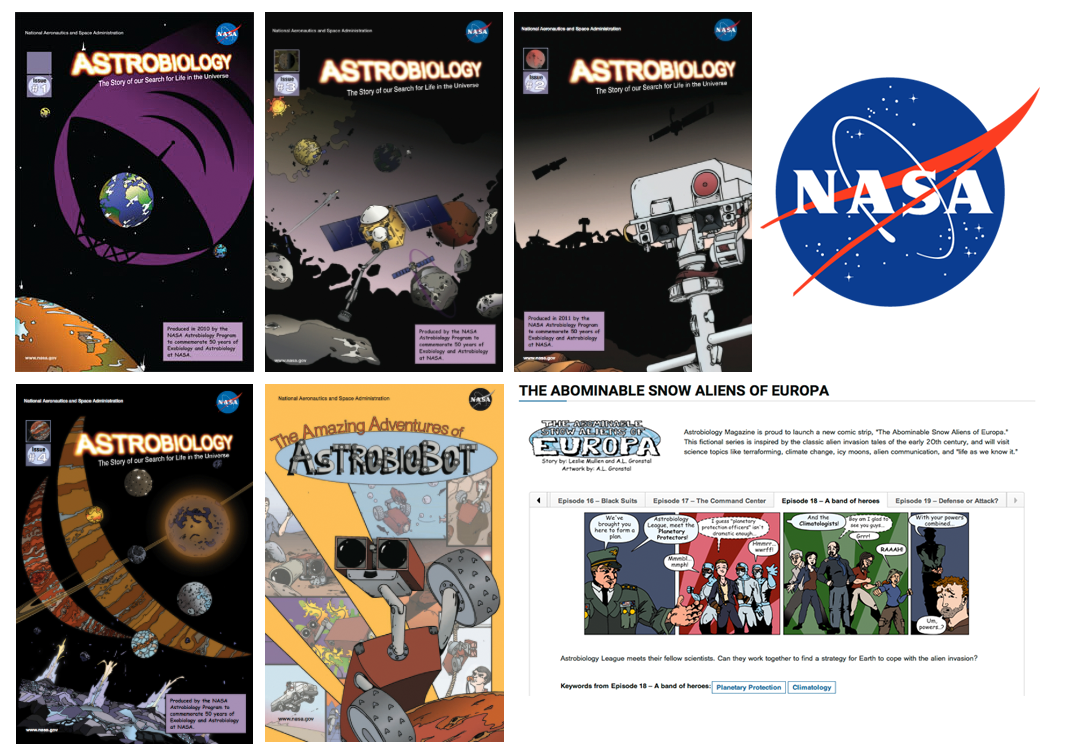 NASA as part of its public outreach program has been creating clever comic books/graphic novels about various aspects of the scientific search for life in the universe known as Astrobiology. Produced by the NASA Astrobiology Program, the series began in 2010 to celebrate the 50th anniversary of Exobiology and Astrobiology at the National Aeronautics and Space Administration.

They're entertaining and educational at the same time so check them out at this link.

Also worth noting is that Astrobiology Magazine also produces it's own comic strips which are available here.
edit on 26-6-2015 by JadeStar because: (no reason given)