posted on Jun, 25 2015 @ 02:41 AM
link
Rescuers discovered 18-year-old mum Maria Nelly Murillo and son Yudier near to the crash site in the Choco province of Colombia five days after their plane crashed in the jungle.The cause of the crash remains a mystery.
While mum Maria was suffering from some burns and a few injuries she was in good health as was her baby , the pair were found on Monday three days after pilot Carlos Mario Ceballos was found dead in the wreckage , judging by the picture below it's amazing anyone survived. 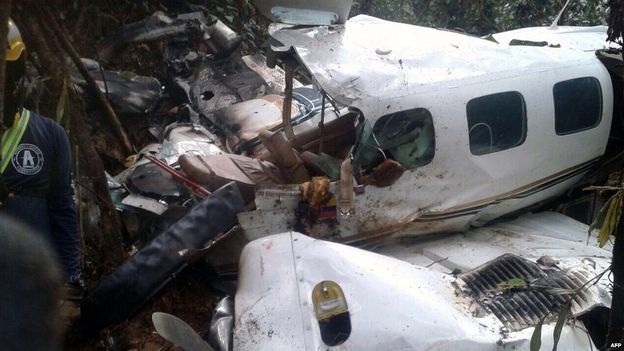 A team of 14 people had scoured the rainforest attempting to find them.


"It's a miracle. It is a very wild area and it was a catastrophic accident," Colonel Hector Carrascal of the Colombian Air Force told AFP news agency.
Of the baby, he said: "His mother's spirit must have given him strength to survive."
The couple were airlifted to a hospital in Quibdo
www.bbc.co.uk...