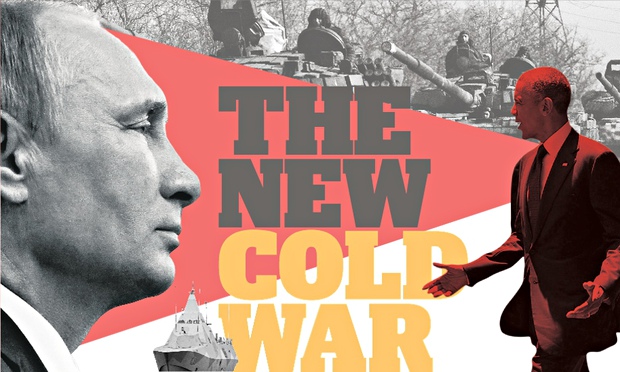 Recently there has been an increase in Saber Rattling from all sides ,With NATO Pledging 40,000 Rapid Response Troops Near the Russian Boarder And Now The US Deploying 250 Military Vehicles 'incl, Abrams Tanks Near Russian Border , Russia Saying It Will Retaliate If U.S Stations Weapons On Its Borders ,figured now would be a good time to start a "watch" thread .


A thread that we can post any and all information that may pertain to an better prepare our self's in the event that this conflict does lead to WW3.

Sources are welcomed from all over , It will be our job to determine and separate truth from falsehood .

I would also like to Add that I am not "pro RT" i am aware of the propaganda that has come from them . However I like using them as a news outlet because they touch topics other MSM outlets won't cover . They also tend to be quick when it comes to developing story's on current events .

I look forward to Keeping Watch with you

false flag, accident maybe or even a full blown attack,

posted on Jun, 23 2015 @ 03:29 PM
link
Watching for what, border incursions? They readily hide such activity and plenty of gatekeepers show up reminding us to keep moving, nothing to see here. 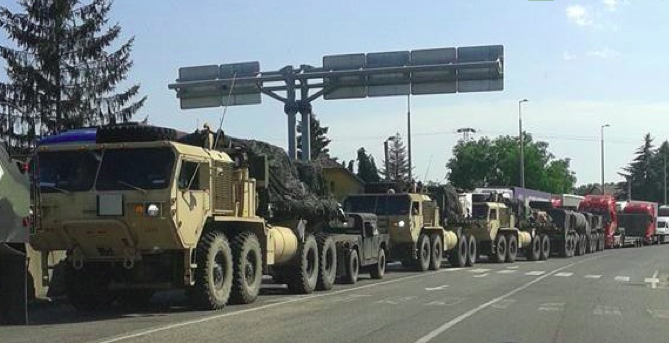 Pretty sure that the only thing well be seeing is Russia deceiving the western effectively making their time spent useless. They did it all through the last cold war their gonna do it through this one.

They did it all through the last cold war their gonna do it through this one.


erm… they quit the last (cold war) and went home to Russia.

So far in this (cold war) NATO is the one expanding East into the vacuum left by the Soviets.

posted on Jun, 23 2015 @ 03:49 PM
link
Russia has announced that it will add 40 more ICBMs to its current forces. While its latest missile tests appear to violate the INF treaty. In return for treaty violations the NATO mulls deploying its own intermediate range missiles in Europe to counter the new Russian missiles.

The world court has ordered Russia to pay $50 billion is restitution for its jailing of Yukos CEOs and subsequent dissolving of the company.
Russia in turn inks a deal with China to sell them the Su-35 that was also sold to India.

India in turn mulls pulling out of the T-50 fighted joint production and looks to the west to be its major weapons supplier.

France is contracted to provide guidance systems and other sub-systems for the Indian brahmos missile system. Brahmos also being a top tier Russian missile system.

Japan has also agreed to provide India modern hybrid attack subs.
Japan also signs an agreement with the US much like NATO article 5 where if one nation is in conflict the other is obligated to enter on their side.

posted on Jun, 23 2015 @ 04:02 PM
link
a reply to: Kapusta
No Putin fan here,although he has a point on the Anti Ballistic Missile treaty,abandoned by the US under Bush:

The 1972 ABM treaty between the US and Soviet Union ensured that neither side tried to neutralize its foe's nuclear deterrence by building an anti-missile shield. The US unilaterally withdrew from it in 2002, as the Bush administration claimed it needed protection from “rogue states” such as North Korea and Iran. Moscow believes that the US is actually building a global anti-missile system to undermine the defenses of Russia and China.

Before anyone says I am a Putin fanatic for using RT as a source,the only reason I do so is that our channels seem to ignore this info.

Its been years in the making,this round of bear baiting.
The sanctions against Russia/NATO build up and US/UK support for Poroshenko are also factors driving the new cold war IMO.
Its not all Putin's fault.
Russia reacts to percieved threats with more threats.
So does the UK,and the US.
If we are not careful,its Catch 22 until the mushrooms bloom,baby.

Lets hope its all bluff,as I really hope the leaders don't really want to play the game of"Who is the toughest"again.
Although it seems they do want to play.


I don't want to play-anyone for an ATS crowdfunded mission to IO-we could send robots first to build us an underwater habitat.
Maybe our grandchildren could escape to live there after we die in the nuclear winter...

posted on Jun, 23 2015 @ 04:04 PM
link
Remember, one of the key things TPTB attempts to achieve is to make us feel like we're part of some great existential struggle.

It's a technique for pacifying and controlling us.

Terms like "Cold War" and "War on Terror" are great for them, because they are truly meaningless and can be applied to anything.

The best thing we can do is laugh at all this ridiculous made-up nonsense.

originally posted by: intrptr
Watching for what, border incursions? They readily hide such activity and plenty of gatekeepers show up reminding us to keep moving, nothing to see here.


That picture was of a military training drill called rapid trident. Those vehicles were scheduled to train there since before the whole Ukraine deal started.

posted on Jun, 23 2015 @ 04:24 PM
link
This extinction event that I've been hearing about lately needs to hurry up and happen already. I'm tired of the world always being at war, and the mass die-off of the human race is probably the only way it's going to stop for good.

That said, I really doubt anything will come of these events. Russia and the US are both vital to the world economy (I think). I think they just want to strike fear in simple minds so that the sheep are easy to herd.
edit on 6/23/2015 by mysticrecluse because: added link to the extinction event...

I just hope it's used for news rather than bickering back and forth between pro-Russia/pro-U.S. people the whole time.
edit on 23-6-2015 by Wookiep because: (no reason given)

ETA: nevemind
edit on 23 6 15 by funkadeliaaaa because: (no reason given)

posted on Jun, 23 2015 @ 04:41 PM
link
a reply to: Xcalibur254
True,and I doubt Aegis will fare any better against the latest generations of ICBM nukes,with their multiple dummy warheads and +mach speed evasive ariel manouvres if it came to a real multiple nuclear exchange.

What worries me more than during the 1st cold war tech is the massivley developed automatic launch protocols-as technology gets more complicated,the risk of accidental nuke detection/launch does not diminish.
It increases.

Not that this type of info is publicised of course.


edit on 23/6/2015 by Silcone Synapse because: rearrangement of letters for your reading pleasure

The problem with repeating what RT says is that they are full of biased BS, just as a lot of American "news" broadcasters are.

The repeated statement of "on Russia's borders" is erroneous. These are going to be stationed in COUNTRIES around Russia, countries which have REQUESTED Nato presence because of RUSSIA threatening their security and the security of the region after INVADING Ukraine.

Now, I know there are plenty of pro-Putin crazies here just itching to start ranting about how evil the West is, how nasty Nato is, how Putin is just a misunderstood and lovable rogue, but there are facts that no pro-Putin poster can deny, no matter how much they want to.

Russia does not own Ukraine or any other country on its borders
Russia invaded Ukraine
Russia annexed Crimea
Russia breached international law
Russia has backed, and is still backing, terrorist groups inside Ukraine
Countries around Russia have invited (and demanded) Nato support
Russia has absolutely no right to whine like a b**ch about Nato supporting countries threatened by it
Nato and allies will put what they want where they want, and Putin can eat a D

like i stated in the OP good sir , Bring the news and we can separate the truth from the falsehood.

if you have other news sources to counter any evidence brought forth , then by all means please post it .


As long as we can keep the info flowing eventually we will find the truth contained within it .

The Fact remains that we are headed for a huge war if diplomatic resolution can't be reached.

Who's right who's wrong is no longer relevant at this point , because both sides are standing firm on their convictions .

Thanks op for the thread . I am just dropping this off as a reference to a different take on what the western msm are spinning .

That picture was of a military training drill called rapid trident. Those vehicles were scheduled to train there since before the whole Ukraine deal started.

but I'll bite… got that "schedule"?