Obama To Sign Executive Order Stripping Texas Of Statehood Prior To Sending In FEMA?

posted on Jun, 23 2015 @ 02:13 PM
link
I just heard this today and, having researched the web and ATS, I have found little to actually verify this little doozy of a JH15 conspiracy being true. I really don't WANT it to be true! If this has been posted somewhere already, please remove this. I searched and could not find anything on this topic. If the mods feel this should be moved to another forum, say HOAX, by all means, my feelings won't be hurt in the least. But knowing all the "pen and phone" executive orders Mr. Obama has completed, would you put this passed him?


If this is indeed true, Obama plans to strip Texas of Statehood to manipulate FEMA and JH15, imagine the backlash and what else that man could do.

Allegedly, the Jade Helm military exercise is nothing to be worried about, but many people feel it is the prelude to Martial Law. And what happens when Martial Law ensues? At least in the U.S.? Aside from the massive disarming of citizens, FEMA steps in and takes over.

FEMA only steps in to do the honorable, disaster relief stuff, right? Texas is having a sizable flood issue, so it stands to reason FEMA would get involved.

Now, as FEMA goes in to take care of Texans due to the floods, so they say, we can only wait and see if it is true, as many outlets such as ‘Real News Right Now’ claim, that President Obama is actually going to strip Texas of Statehood before sending in the Jade Helm/FEMA troops

So I checked around the internet for more articles related to this revelation. All were very ambiguous.

As was the case on this site, Realnewsrightnow.com, who posts this story:

WASHINGTON, D.C. – President Obama will issue an executive order next week stripping Texas of statehood while creating a sovereign nation-state between the U.S. and Mexico, a White House official speaking on condition of anonymity told The Washington Post today. Effective July 1st, the laws governing the United States, including the U.S. Constitution, the Bill of Rights, and, additionally, the Geneva Conventions, will no longer apply to Texas or its residents.

But WHY would Obama make sign such an executive order?

Eric Masterson, a White House National Security advisor, said, “The purpose of Operation Jade Helm is to help the Texas transitional government facilitate a swift conversion into sovereignty. This isn’t some vast conspiracy; in fact, it’s very similar to what we’ve done in Iraq and Afghanistan.” Masterson said the overall objective is to curb illegal immigration by creating a buffer zone between the U.S. and Mexico, effectively shortening the border between the two countries. “The Texas-Mexico border currently accounts for 66% of the entire U.S.-Mexico border, with Texas serving as a focal point for illegal immigration,” Masterson said.

Ahhh, immigration. The 2016 voters affected by immigration laws not moving forward under the current Congress.

So if Texas is no longer a State, then what is it to do going forward?

Beginning July 1st, the Lone Star nation-state will be solely responsible for its survival and prosperity, however the United States will maintain a fleet of U.S. Navy destroyers and nuclear submarines in the Port of Houston. Additionally, the Department of State plans to erect a heavily fortified embassy there, allowing the Port of Houston and all its assets to remain on U.S. soil.

Mr. Masterson goes on to say:

“Of course any Texans who wish to obtain U.S. citizenship are encouraged to do, provided they seek it through legal means,” said Masterson, who added that current immigration policies apply to Texan nationals “the same as they do for everyone else.”

Texans, who have been Texans for generation upon generation are encouraged to obtain U.S. Citizenship through legal means????

Putin’s Plot to Get Texas to Secede

If you put putin in the mix now i doubt of my initial reaction, Putin can it all
edit on 23-6-2015 by Indigent because: (no reason given)

posted on Jun, 23 2015 @ 02:16 PM
link
I'm betting it's a HOAX, and if it did happen, I also foresee a shooting war and not just in Texas. Not even Obama could get away with that and have all the other states take it. If he could strip one, he could strip them all and they won't set for that lightly.

He is arrogant enough to try this, no? And if he actually does this, then he has set a very dangerous precedent for all Presidents following him.

As I stated in my OP, this likely is a HOAX, but with Obama...how do you know?

So would you now give this thread MORE possibility with the Putin article?

posted on Jun, 23 2015 @ 02:21 PM
link
In the Supreme Court case Texas v White, the SCOTUS held that "the Constitution did not permit states to unilaterally secede from the United States, and that the ordinances of secession, and all the acts of the legislatures within seceding states intended to give effect to such ordinances, were absolutely null"

Basically...the United States are United in "Perpetual Union" and cannot be broken up by any means...not even Executive Fiat
edit on 6/23/2015 by Dustofenese because: (no reason given)

If Texas was turned into a sovereign nation I do believe I would have to move there.

But sorry to say, this sounds like total BS. 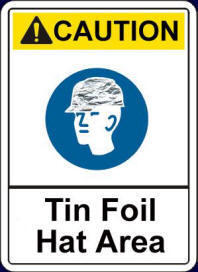 Real News Right Now is a fake news site according to Snopes. 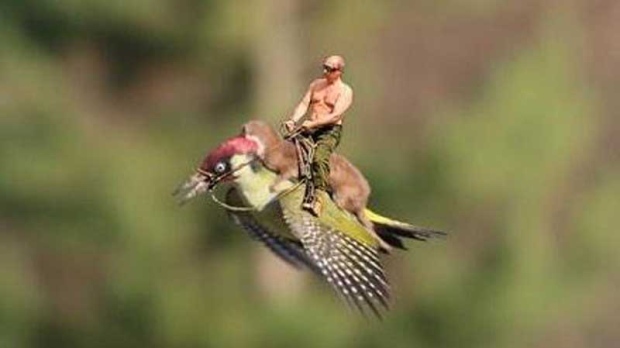 I would not believe this news even if i got a map in my hands of the post apocalyptic new republic of Texas after all the bombs settle.

Uh, I don't have the resources to research this at the moment, but I think this is pretty much fantasy land.

If memory serves correctly, back in the day, when, for example a Territory, such as Wyoming, wanted to be admitted to Statehood, it had to petition US Congress and US Congress had to vote to approve the admission of the Territory to Statehood and a Bill would be involved which outlined the terms and conditions for the grant of Statehood status.

All that said, I don't think the President, on his own, without approval of Congress, can abolish Statehood status.

Now, I'll note however that as a third generation Texan, I'd like nothing better than to see Texas restored to its Republic Status as an independent Nation State. But, I know that's never going to happen UNLESS, by some Miracle Rick Perry is elected to the White Hut in which case I think the rest of the US would gladly vote Texas out of the Union.

Have a g'day and sorry to say for the rest of the US, but it's pretty much a sure thing Texas will continue to burden your Utopia.

Honestly, you don't have to continue to live in agony of being surrounded by Texas Morons.....you're quite free to leave.

posted on Jun, 23 2015 @ 02:35 PM
link
I might be an idealist, but I've always thought that if Texas did secede they'd do very well and I would probably end up moving there.

AS far as anyone forcing a state to become it's own nation...no President could ever shove that through without heck to pay.

Nah, I'll just give it a few more years...until Texas turns into a blue state. Until then, I surround myself with like-minded individuals rather than simpletons...and that does not agonize me one bit.

NEW YORK, Ny. – Anchors on the show ‘Happening Now,’ a daytime two hour-long segment which airs on the semi-popular Fox News Channel, celebrated the “near collapse” of al Qaeda this morning. While male anchor Jon Scott uncorked a bottle of champagne live on air, co-host Jenna Lee credited the fall of al Qaeda, in part, to the actions of former two-term president and amateur painter George W. Bush.

originally posted by: Excallibacca
I might be an idealist, but I've always thought that if Texas did secede they'd do very well and I would probably end up moving there.

So did passing the ACA to find out was in it. Wouldn't put it passed him to try such a thing.