posted on Jun, 21 2015 @ 02:52 PM
link
Williams said a number of local eyewitnesses told her that they saw a second, smaller aircraft "that dropped something that looked like fire" on top of the bigger plane right before it went down.

I thought that this was an interesting read. Some people, at least those that are still alive, will be held to account, or at least outed I'd imagine.

New evidence to be submitted to the United Nations' General Assembly this week could help shed light on one of the enduring mysteries of the 20th century — namely, was the 1961 death of the second UN Secretary General an accident or an act of murder? Dag Hammarskjöld died in a plane crash in Ndola, Northern Rhodesia — now Zambia — along with 15 others on Sept. 18, 1961. The 56-year old Swedish diplomat was in Africa to try to unite the Congo, but faced resistance from a number of multinationals, often supported by mercenaries and openly hostile to the UN, who coveted the area's mineral wealth.


That includes testimony from a former U.S. National Security Agency intelligence officer who claims he heard a recording of another pilot attacking the plane, as well as a Belgian pilot who says that he accidentally shot the plane down after being hired to merely divert it. 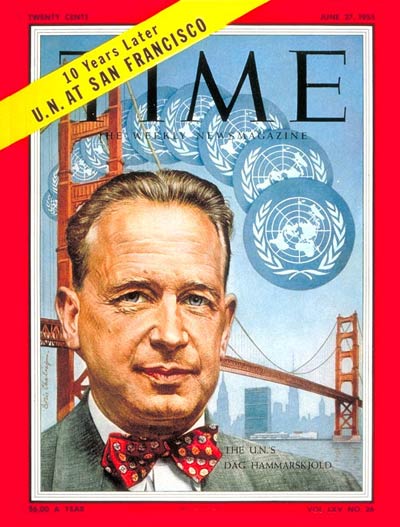 Does Sweden have a statute of limitations for murder? I know from the Assange case that they do for rape. Just wondering if this would "work" after some fifty odd years...
edit on 21/6/15 by LightSpeedDriver because: Typo

There is some recent evidence that suggest the plane was shot down.[10][11][12] Göran Björkdahl (a Swedish aid worker) wrote in 2011 that he believed Dag Hammarskjöld's 1961 death was a murder committed in part to benefit mining companies like Union Minière,

posted on Jun, 21 2015 @ 03:42 PM
link
oddly related to current events, just shows you how much Rhodesia was considered "white" then and even echoed now.


The photograph Dylann Roof used on his Facebook profile page showed him wearing the flags of countries with a history of racial segregation. The flag of the former British colony Rhodesia, which is now known as Zimbabwe and apartheid-era South Africa. Both nations are held up as racially segregated utopias within the white supremacy movement.

I've been saying this for years. Dag's plane was shot down but there were survivors and witnesses. Two closest witnesses were executed along with Dag and one of his assistants that survived the crash. You might want to look at swanapoel as the shooter, they were south African Mercs in the Congo. Dag also had serious problems with south Africa, via it appears Oppenheimer, which traces forward to pan am 103 and bernt carlssen and the Namibian incident that pointed at Oppenheimer.