A killer is targeting innocent Americans !!!!

posted on Jun, 20 2015 @ 04:24 PM
link
We have reached an epidemic in America . We are purposely being targeted in suicide attacks. These attacks claim 200+ lives annually and are targeted at mainly unsuspecting innocent people . Yes there is a group of serial killers on the loose that display sociopathic passive aggressive tendencies and indifference for the own life .


Personally I think PETA might be behind this plot ! Either through programming or genetic engineering they have found a way to turn A passive creature into a programmed suicide inclined killing machine . Fatalities have risen drastically since the late 90s and to make it worse they are mainly attacking rural Americans. Is this a vengeance induced Jihad or is it the process of natural selection ?


Whatever it is America is under a clear and present threat that will only increase unless measures are taken . Who is this indiscriminate killing machine ?????


Luckily I have a picture of one of them with its trophy prize . 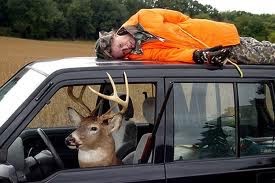 Yes deer are the idealistic cold blooded killing machines at the beginning of the 21st century . They will gladly sacrifice their life's to cause property damage, injury or even death to us . Take heed of my word this cannot be a coincidence the deer are on the warpath beware .


And they are not fighting this fight alone . They have allies!!!!!! 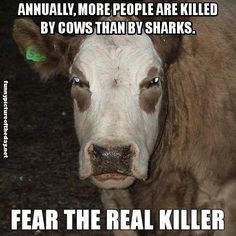 Don't fall for the mainstream media misleading you. They want you to look at sharks and not the real killers. In the US one person on average is killed by sharks while 20 are killed by the deers allies Cows!!!! If the evil plans from PETA succeed and these animals develop a opposable thumb we're all doomed !!!!!

Deer god!!! they're trying to exterminate us.


( tongue and cheek post please keep that in mind )

I hear they've even got theme music now ?

G,day mate
ok went to the link 33,000 a year road toll
and the deer behind the wheel
Hmm i think i have found the answer
yer all driving on the wrong side of the bloody road
heck even the deer is agro poor bugga
no self respecting deer should have to get in tbe wrong side of the car to steer the thing
have a good one bloke

Believe it or not I had considered that possibility . But rural mailman often have a steering wheel on your side and they are also among the fatalities.

But I would also like to hear from the Australians to see whether the deer and kangaroos are in cohesion ?????

It is times like these I appreciate the anonymity of the Internet .


I don't hunt anymore, but if you're hunting them after this thread you might want to consider using full auto . The bow and arrow just seems to piss them off .

I think the only real defense is to mount a redneck in a stand on the hood of your car.

We tried that I sure do miss Bubba .


I have upped my game since then . 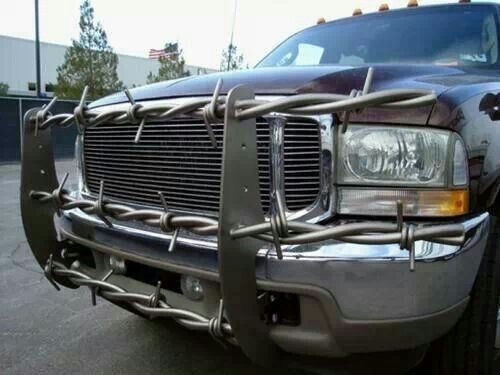 No need to apologize I found that very punny!

originally posted by: Shamrock6
Lol! Thanks for the smile, GH.

There is a pc game like this. It's funny. You play the deer and have several kinds of weapons to get hunters with.

I have not seen that. My nephew has a birthday coming up I might get that for him. What is the deers name Bambo?


Do you remember Farside this was always one of my favorites ? 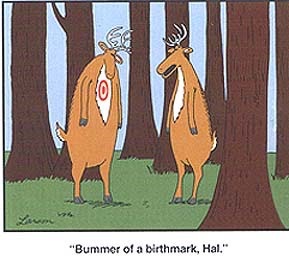