Am curious if any of our local science scholars have every heard of "Brown Ocean Effect". Apparently it is a brand new weather phenomenon, only a few years old.

The phenomenon known as the ‘brown ocean effect’ could muddy the waters yet further for residents in the lone star state. A team of scientists involved in a NASA-funded project has discovered that the moisture from saturated soil can actually be absorbed by the storm, allowing it to wreak even more havoc as it hits land. Storms normally lose strength as they pass over land because water, their primary energy source, is cut off. However, Marshall Shepard, a climate expert told AP this might not happen when Tropical Storm Bill reaches the shores of Texas.

"All the things a hurricane likes over the ocean is what we have over land right now," said Shepherd, director of atmospheric sciences at the University of Georgia, who was one of the project’s leading researchers.

Not sure how long the wiki page has been around, but the edit date is yesterday.

Here's an article I found from 2013 regarding the Nasa research-

Typical tropical storms gather power from the warm waters of the ocean. But this new class of cyclone generates its energy from the evaporation of abundant soil moisture - a phenomenon that researchers are calling the "brown ocean."
"The land essentially mimics the moisture-rich environment of the ocean, where the storm originated," explains Theresa Andersen of the University of Georgia in Athens.

Even without this fancy new phenomenon, this was only a few weeks ago here in Austin, and we haven't really dried out as of yet- 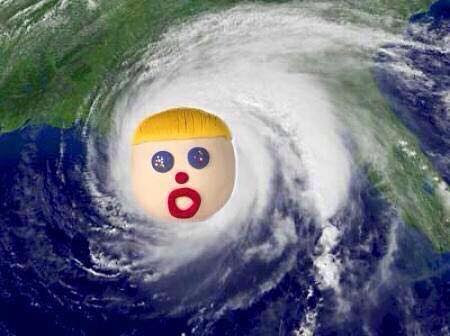 Peace and safety for all!

The land essentially mimics the moisture-rich environment of the ocean, where the storm originated


So a saturated shore from recent storms and the warm tropic like environment, like in Texas, can amplify the storm even after reaching shore. I been watching that beast grow in the Gulf, whenever it comes ashore its going to wreak havoc and move north and east into Tornado Alley…

Rather be here in sunny, balmy (dry) Ca. right now, than there.

posted on Jun, 17 2015 @ 12:36 PM
link
Brown Ocean effect or not, it's been pouring rain in Fort Worth since late last night, and it hasn't let up yet. Pretty impressive system.

Im gonna rebuild FTW!
If these people can rebuild so can the rest of us!