NLBS #51: With Rachel Dolezal, Orange Is The New Black

posted on Jun, 16 2015 @ 08:36 PM
link
So we've got people pretending to be black just to get hand outs now. Can't say I'm surprised, this is the end result of the relativism of liberals. It'll get worse too. Soon we'll have people imagining themselves to be whatever the hell they want, because they're self-entitled brats that know no boundaries to their narcissistic ridiculousness.

I blame liberals.. and I just wish that more young teens would get beat up for their idiocy. I see young people these days and I wish they had a loving uncle or older brother that could beat them up, just put them in their place a little you know, for the greater good.

I do not think that getting a hand out was her goal.

It does raise a good question though of if it more beneficial to identify as black rather than white.

posted on Jun, 16 2015 @ 10:47 PM
link
Well, being black or ethnic(since you know, whites aren't "ethnic") is the cool thing these days. Being gay too, you just need to watch any new sitcom to see the indoctrination. Hollywood is externalizing their liberal bubble of bull#, anyone that isn't part of the kumbaya rainbow of love is just an old cranky racist(Anger Management, Community etc.).

They love to take space these people, all about them all the time.. these are the times. And every young guy I see is so feminine that I wish the police would beat them without reason. They're so weak in mind and spirit that they're practically begging to be subjugated by some tyrant. Doesn't even have to be a good one, any old clown would work, George Bush junior worked and that was with an older population before these present sissies grew up. Societal decay has only accelerated since then. I think tyranny would do them some good at this point, to work in a coal mine or be sent to war. And if young women are so insistent on total equality why not send some female only battalions into the worst meatgrinder in any given war. If they wanna be militant let an all feminist army invade North Korea or preferably Saudi Arabia, they need to be in the thick of it taking scalps and bathing in blood. I don't know if they deserve anything else.

Where is God when there's this much sickness and liberal smugness? Where are the plagues and the four horsemen? When does the torture of living amongst these people end?


seeing that her parents adopted the black kids when they were all very young, a couple of questions come to mind.

1. did her parents favor the black kids over her the biological child? could this be a response to years of being considered 2nd in the family unit?

2. could it be possible that she was involved sexually with her adopted siblings? if we add my first question to this one, then again just possibly she mentally broke and started down the path we see her on today.

we weren't there when she was growing up so we can never really know for sure what went on behind closed doors.

posted on Jun, 17 2015 @ 01:56 AM
link
a reply to: theNLBS>>> She could just say she was doing all this for a book. They made a movie about it called " Black like me." I'd be interested in hearing her views on racial relations and the inner workings of the organizations that make racial divide their business.

Who cares if she passes her self off as black or white?

I say identify as much as you want.

The problem starts when people make a fuss out of it, motivated by fuss in the media, internet forums and the news agenda - this reinforces racist arguments and brings them to the forefront of discussion. Rather than just letting insignificant s**t lie.

It's stuff like this in the news/public domain which means racism will never die.

But what's important? Minimising racism by keeping sensationalist 'nothing stories' out of the public domain or clicks?

Is one’s Jewishness defined by genetics or faith? After all, one can be platinum-blond, blue-eyed and light-skinned born Jew or a convert who follows Orthodox Jewish law to the tee. It is equally possible to have a Jewish last name, very identifiable stereotypical physical Jewish features, and yet fail to identify as being “Jewish.” And who ultimately makes the final call? The individual themselves by self-identifying - or by being stamped “kosher” by a rabbi (and if so, by which rabbi?) or - is it the anti-Semites that decide who? The definition of a Jew permitted to immigrate under Israel’s Law of Return, after all, is based on Hitler’s Nuremberg laws.

In the United States, tension between blacks and Jews over the years has been in some cases attributable to the fact that, for the most part, Jews can so easily “pass” as white and benefit from “white privilege” - in some cases causing resentment when Jews define themselves as a minority that suffers from racism.

In the specific case of Dolezal, it was hard to ignore the fact that the combination of her European nose with her kinky hair that looks so much like a so-called “Jewfro” made her look as Jewish as black.

One is glorified, the other crucified.......both identified themselves as something they felt was right, one could be construed as an "active choice" whereas the other an "involuntary" choice.

What benefits does a person get by identifying as transsexual in public? Maybe a shoe thrown at you or something and a significantly increased chance of death and suicide.

People are also ignoring the 'freak' element with Jenner some. I don't believe the coverage of Jenner is overwhelmingly positive. A lot of it is really negative.

Either way, isn't there a bit of a difference between a person sincerely having an issue (regardless of what you consider the 'real' reason to be) and someone adopting an identity to get ahead in an organization? I mean there was a person that pretended to be black in the advertising materials of an election a while ago. You wouldn't say that person had an identity issue. You would say 'that person is an asshole' or something like that maybe, but that doesn't make them similar to people who are sincere GLBT or whatever.

Either that or she's a highly delusional crackpot... And a pathological liar...

originally posted by: SunnyDee
The reality is a white woman found a way to rise to the top of her profession over others that might have traditionally taken that spot. She used all the resources available to a black woman but maybe not a white woman and ran with it. If you can't beat em, join em.

I am trying to figure out, the irony in all this, can't quite pinpoint what angle it is yet.

The irony is that she could only get away with it because she's white.

Dolezal might be getting pilloried in the press, but she'll walk away from it without too many scars. She's being treated like a clown, not a criminal. Imagine if it was a black woman doing this in reverse? Not only would it be physically more difficult, but think how people would react to it when she was discovered.

I need to mention Michael Jackson at this stage ...

I can wait the time we become the gender neutral grays that come to see their primitive ancestors in flying saucers.

originally posted by: funkadeliaaaa
Never know she could have been working undercover for the feds.

She never had the time.

These are the jobs she held when she was "outed" by her parents. Now lets adjust those numbers per all the studies out there which prove that women (regardless of race) make roughly 15 to 20% less than men doing comparable work, and we're down to roughly $150,000 per year. This is what she raked in pretending she was black. Three jobs at the same time. Jobs that require at least a modicum amount of intelligence. This question is for Joe.....that guy who narrated the video: Since we can all agree that Rachel isn't a stupid woman (delusional maybe, but not stupid) how do you explain your assumption that she lied for professional gain? She could have easily gained jobs that pay roughly the same.....as a white woman.

Lied for financial gain? Not buying it.

Lied for personal gain? What did she gain Joe ? A different life ?

Lied for professional gain ? Tell me that CEO's, CFO's and others who rake in millions if not billions have not lied, stole cheated their way to the top, and I'll tell you that you're just as delusional as Rachel. Do you know why people like that don't get outed? Because they have the money to shut people, corporations and news outlets the hell up. Do you know why Rachel is being picked clean? She doesn't have the money, power or influence to shut people up, and we all know that.......yet she lied for professional and monetary gain. Spare me.

And that's the rub right there, isn't it?. Yes....she lied. She lied in order to immerse herself into a culture that wasn't hers for the purpose of putting herself in positions that help people. Look at her jobs. They all have two things in common: They help people and they don't pay well. Such is American culture.

But at the end of the day, who lies and deceives, goes out of their way, to put themselves in positions that help people and don't pay well?

I don't what smells worse...the story itself or how people are reacting to it.

posted on Jun, 17 2015 @ 07:13 AM
link
What's the lesson here ladies and gentlemen? If you lie often enough and for long enough eventually all your lies will unravel. The truth always finds a way of coming out. This woman obviously is in some serious need for some therapy. Either that or she's an opportunistic person who saw a way to stand out and be noticed and she created this whole back story to help herself stand out. It's sad really. I think she's just a liar and a dishonest person. 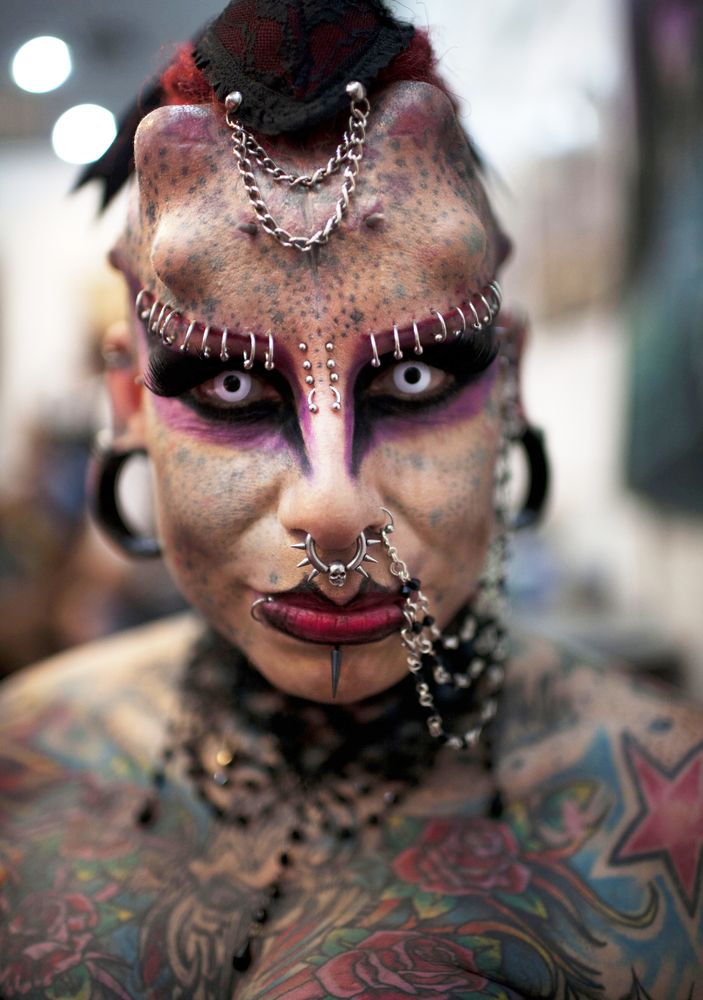 any transgender is ok

any transsexual is ok

a 4 year old taking hormones to look different its ok

black face is burn her, pretending to be black to rake the immense revenue that being black entails was she a good spokesperson or did she used black face to sabotage the cause she represented?

originally posted by: and14263
a reply to: theNLBS

Who cares if she passes her self off as black or white?


The government cares--see EEOC, civil rights act, anti-discrimination laws, affirmative action, etc. There are a lot of advantages for a smart person of the "correct color."