Let's see some cool videos, or tell me what games you're looking forward to!

Here's one I've been excited for for a while, Rainbow Six Seige:

Oh and of course Halo 5: Guardians

No gameplay of the new Mass Effect or Dark Souls 3 yet though.

Fallout 4 is probably my most hyped game.

Battlefront looks pretty good from the gameplay, but some of their decisions to take out some features have me a bit weary. No space battles, no clone wars era. Either way, I do like DICE as a company and have faith they will make a good ground battle game.

I really really want to see some Dark Souls 3 gameplay though (maybe they will show it at the Sony conference, about 2 hours from now?) , same with the new Mass Effect, but the latter wont be out until "holiday" 2016.

For Honor was a game I never knew about, but it looks like it may have potential. It's essentially 3rd person knights vs samurai vs vikings I think. Big troop battles and you're a commander of the troops, 4 vs 4 multiplayer so far.

ETA - I forgot about Rainbow 6 Siege. Definitely hyped for it to.


ETA 2 - I also want to mention that Kingdom Come : Deliverance is a game Im waiting for to see at E 3 to. I dont think they've done much at E 3 yet but we will see in a few days.

More info about For Honor and its combat system.

Best thing for me so far is Dishonored 2 being officially announced, the first was one of my favourite games of last gen! and obviously fallout 4.

just seen the Ghost recon stream at the end of Ubisoft conference, that looks tasty!

posted on Jun, 15 2015 @ 06:48 PM
link
Would love to hear of a Super Mario Galaxy 3 announcement for WiiU. But there haven't been any real noteworthy games for that system, so I won't be holding my breath.

originally posted by: Lysergic
Good year to be a gamer.

2015 has been awesome for gaming so far. The previous couple years have been not so good overall, but this year has already been off to a great start and E 3 is going amazing so far. Im watching Sony's conference now and they're doing pretty good so far. DinoRobot hunting game called Horizon, more No Mans Sky stuff The Last Guardian gameplay, and still some time left.
edit on 15-6-2015 by buni11687 because: (no reason given)

I stayed up to watch uncharted 4, they didn't really show anything but a little gameplay. I really hope this won't be the last one.
edit on 15-6-2015 by zombicide83 because: (no reason given)

I stayed up to watch uncharted 4, they didn't really show anything but a little gameplay. I really hope this won't be the last one.

Watched the Uncharted gameplay to. Most was just driving around, and a little bit of shooting in the beginning. Not really the most exciting IMO. Im guessing it was a bit awkward when they tried to play it the fist time, and the character wouldnt move for a few minutes. They had to restart the gameplay again after that. Not sure if the player was AFK or it glitched out. 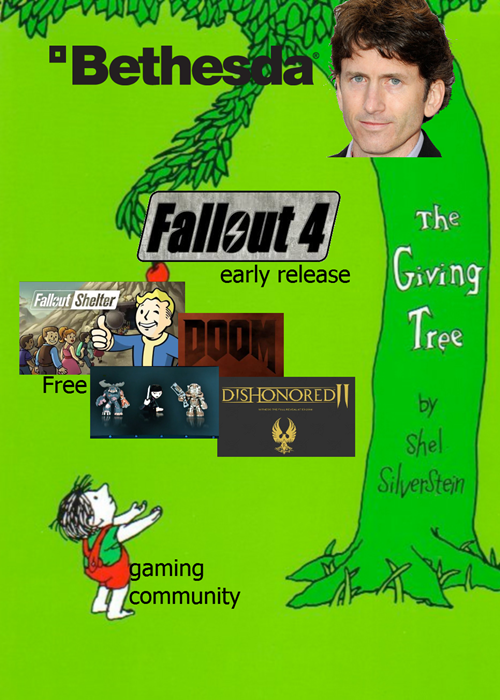 You do give good advice !

Anyways, here's the gameplay footage + some of the backstory to what's happening in this game. (The aliens have taken over, I think 20 years after the first XCOM game.... and procedural generated maps!)


My OCD nature just went SPROING!! I will enter into the No Man's Sky universe and never, ever emerge. At least until our own Sun exhausts its fuel and consumes the solar system... then collapses in on itself. If I haven't put plans in place already and moved to a different location, I may miss the collapse.

I've been waiting for this remake!
It was one of the best FF games in the series.

When reading up on it, they say it will come to the ps4 FIRST..

which means I have to wait for the xb1 version, but that is ok, I'll wait...
Been waiting for years....

posted on Jun, 16 2015 @ 02:06 PM
link
Saw the conferences... watched the trailors... voted.... only game I actually enjoyed watching was uncharted 4. The only game that was overly imaginative was dreams. The only game that looked at least somewhat strategic? Horizon. Racing? Need for speed. Combat? Gigantic. Multi-player? Destiny. RPG? FF7 REMAKE.

I was saddened by Microsoft. I was bored with Nintendo. Bethesda has fallout and doom. But the funny thing is I wanted to see something new. And playstation has nothing but new ideas. Except for FF7. But I have wanted to see FF7 remade for over a decade. Crisis core was awesome. Advent children was ok. Dirge of cerberus I skipped. But the remake is what we wanted.

And where the hell was tony hawk and resident evil?

posted on Jun, 17 2015 @ 01:12 PM
link
One of the things I wanted to see with this E3 was the Microsoft Hololens, and they did show it off a little with one of my favorite games, Minecraft!


And then, a Halo Mission briefing in Hololens before playing a mission on xb1.

Kind of cool!
I'm hoping to see more hololens integration into the xbox1.