Look what my dog found!

And thank you...I have a weakness for Huskies.

So do I. They're very intelligent and independent dogs.

and just a wee bit stubborn
Which you can overlook...most of the time... since they are so sweet !!!

originally posted by: Missmissie173
a reply to: Skid Mark


Mine is but she's mixed. She's also part lab. I don't know if that matters. She loves kids though. If you plan on getting one it's best to get it as a pup because otherwise they don't bond as strongly. That's what I've read at least. Molly is sweet and everything but she's very much her own dog. (I got her when she was about a year or so old. The people that had her before kept her tied up outside.
Also, huskies are very intelligent. If you want them to do something you have to convince them it's a good idea to do it. They're also very stubborn. That comes from being so smart. They can be a challenge but they're well worth it.
edit on 14-6-2015 by Skid Mark because: (no reason given)

Dude this reminded me of your Molly.. 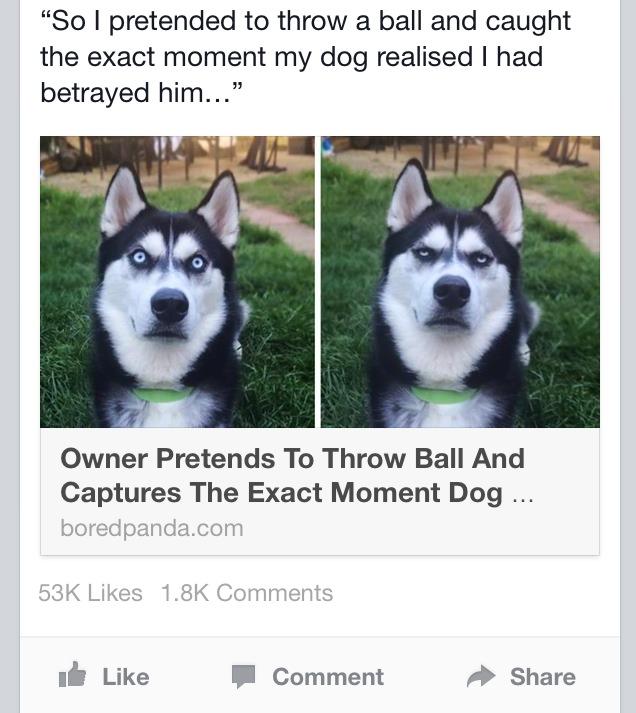 Yep, that's her when she realizes I put one over on her. She has a very expressive face.

originally posted by: Skid Mark
a reply to: DontTreadOnMe
There's that. They are sweet and stubborn lol.

It is if you're supposed to be an elf.

originally posted by: rickymouse
sounds like your dog is a chick magnet.

LOL. this is a cute thread.

A mix could be a good thing....but a friend of mine has a Husky/herd dog mix....the jury is still out a to how much exercise the dog will demand. LOL

originally posted by: rickymouse
a reply to: Night Star

LOL! That's an awful lot of flags! That must be a mistake. Cool number though. Thanks for pointing it out!

There's a hatchery where you can order them. It's like a grab bag. When my sister in law and friend did it they got three ducklings and the rest were chicks. I'll ask them what it was called and let you know if you want.

Thank you .. but as much as I'd love a few squeaking balls of fuzz I'll have to get my chick fix vicariously through you for the time being.