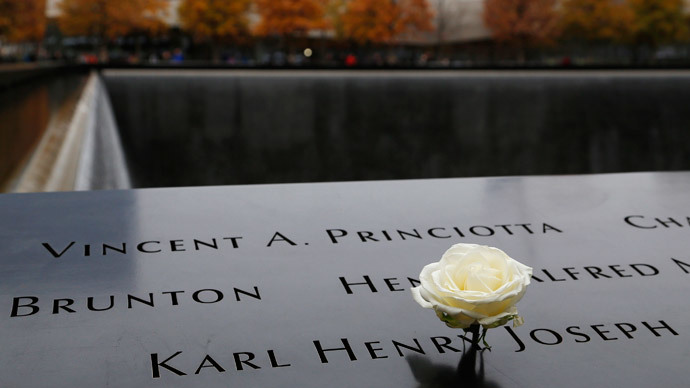 Five documents assessing CIA conduct before and immediately after the 9/11 terror attacks were released Friday. The redacted files include the previously unavailable 2005 assessment of the CIA, as well as reactions by relevant officials.

“In response to FOIA requests for the full 2005 OIG report, CIA and other agencies conducted an extensive review of the nearly 500-page document in order to release information that no longer needed to be protected in the interests of national security,” the agency said in a statement.

One of the documents released on Friday is the redacted version of the 2005 report by the CIA Office of Inspector General (OIG), examining the agency’s accountability and intelligence community activities before and after the September 2001 terrorist attacks. The CIA had previously released only a heavily redacted executive summary of that report.

Among the new documents are two internal memos by CIA Director at the time, George Tenet, responding to drafts of the OIG report in February and June 2005. Versions of the August 2001 OIG report about the DCI Counterterrorism Center (CTC), and a July 2005 memo from 17 CTC officers responding to the 2005 OIG report, have been made public previously. Friday’s release, however, has disclosed some of the information previously redacted, “in light of the recent declassification of information on CIA’s counterterrorism operations,” the CIA said.

I don't have much more info on this , Other than what the news outlet has provided And they have not provided Much .

I have not personally read the report But I mean if 90% of it is redacted then whats the point ?

If anyone can Add a link to a PDF or something that that we can share here and read , That would be Noble .

The 9/11 attacks occurred for one reason and one reason only...to feed the M.I.C. and those who control it.

Does the document tells us where Susan Lindauer has disappeared after outing them?

I'll just let the Better-Experts do the ... Disections.
,

Perfect ! Thanks for the link.

I personally am not interested.
edit on 13-6-2015 by RubberSky because: (no reason given)

originally posted by: RubberSky
a reply to: Kapusta

Of course there are the usual suspects claiming "The Jews did it"!
edit on 13-6-2015 by hellobruce because: (no reason given)


So you only want fairy tales!

Besides....wasn't the happy ending the "Mission Acoomplished" banner? Fairy tales can come true, they can happen to you, if your gullible at heart.

posted on Jun, 13 2015 @ 10:08 AM
link
What this document boils down to is we tried but couldnt. How does it fit in with the people whom say they were actively obstructed from going after Bin Laden/Alquaeda such as John P. O'Neill Bill Clinton?

Synopsis- Richard Clarke (head of USA anti-terrorism at the time of 9/11) tells us the CIA intentionally withheld the information that top level Al Qaeda operatives had entered the country, at a time when they knew an attack was comming.

You took the time to post on the subject. Doubtful you have no interest.

Of course there are the usual suspects claiming "The Jews did it"!

The Israelis shadowed the hijackers as they trained in u.s flight schools. Most time living next door to them.

Not a fairytale but fact.

I laughed at their release. If you look at the whole document, it is mostly redacted (blacked out). They just did to satisfy the tin-foil people.
We don't need a stupid document, when we saw everything unfolding in front of our eyes. Some of us saw the bovine scat.
Were not stupid.

posted on Jun, 14 2015 @ 01:21 AM
link
There is mention that CIA intelligence officials suspected Al Qaeda ties with Saudi Arabian Officials. Weren't all of the hijackers from Saudi Arabia? The majority of the information about these suspicions were blotted out. Wonder why?

posted on Jun, 21 2015 @ 02:54 PM
link
The two guys from the CIA most responsible for hindering proper investigation into Al Qaeda (in America) are Richard Blee and George Tenet.

Both men intentionally stopped the vital information on the Al Qaeda operatives from being shared with the proper people. As Richard Clarke said, they should be investigated for malfeasance (at the least).

Most people have no idea what they did. They sabatoged proper investigation of Al Qaeda operatives in America. 9/11 would have been prevented if not for the CIA's actions (or non actions).

If all this was brought to the light of day the CIA would be in deep trouble. The "Patriot Act", FISA law and NSA spying in general would be seen as unnecessary. The US had all the security it needed on 9/11. The CIA prevented the system from working. The 9/11 commission failed to expose this.

The only question left is why? Why did the CIA intentionally sabatoge proper investigation of Al Qaeda operatives in the USA? Why?

Richard Clarke thinks the CIA was attempting to "turn" the Al Qaeda operatives in the US. That they failed and were "embarrassed" so they didn't tell anyone these men were in the USA planning an attack. This is the only reason Clarke can come up with to explain why the CIA withheld the crucial information.

No matter what, any way you try to explain it the USA had all the proper defense in place leading up to 9/11. None of the wars were necessary. None of the new laws are necessary. The "intelligence failures" were intentional. Why most Americans are not aware of this is beyond me.

Part of the reason may be the "truth" movements focus on the alleged "demolition" of the WTC buildings. IMO the focus should be on the "intelligence failures" and perhaps the NORAD failure to intercept the hijacked planes.

When you look at the behavior of NORAD officials on the morning of 9/11 some odd things stand out. First is the changing storyline concerning when and how NORAD was informed about the hijackings. NORAD changed their story 4 times. The FAA said they gave NORAD real time updates on all hijackings. If this is true then NORAD had plenty of time to scramble jets. Especially after WTC was hit the first time. FAA said they were on a separate phone line from the recordings that were released.

Second odd thing is the behavior of Ralph Eberhart on 9/11. He was head of NORAD on the morning of 9/11. After the first building was hit he got into his car and drove for an hour. He lost all contact with the chain of command for most of the attacks. No phone contact, no radio contact. Nothing. The other head of NORAD was "in a meeting" unrelated to the 9/11 attacks and he did not come out of the meeting until the last plane hit the Pentagon. Very odd behavior if you ask me.

Then there's the "phantom hijacking" that caused NORAD to scramble jets off the coast, out to sea. It was supossedly a "royal mistake", blamed on "poor communication" between the FAA and NORAD.

Then we have the matter of Saudi gov funding. How the intelligence community knows of this funding would likely expose the fact the CIA knew Al Qaeda operatives were in the US, meeting with their Saudi "handler". Also, if Americans knew the Saudi gov funded 9/11 the whole war on Iraq/Afghanistan would look even more absurd.

The whole thing stinks. There's so much to look at besides the supposed "demolition" of WTC buildings. Israeli intelligence also seemed to have key knowledge of incoming attacks. Of course it would be in Israel's best interests if the USA declared a "war on terror". Brit Hume did a story briefly covering Israeli foreknowledge. That Israel had been spying on the US and in the course of these efforts they found out about the 9/11 plans. This was actually aired on TV but then the story just went away. Funny how that happens.