posted on Jun, 11 2015 @ 11:32 AM
link
I've been playing around with SmartDeblur in my free time, and decided to try the blurred mystery photo from the Dyatlov incident. 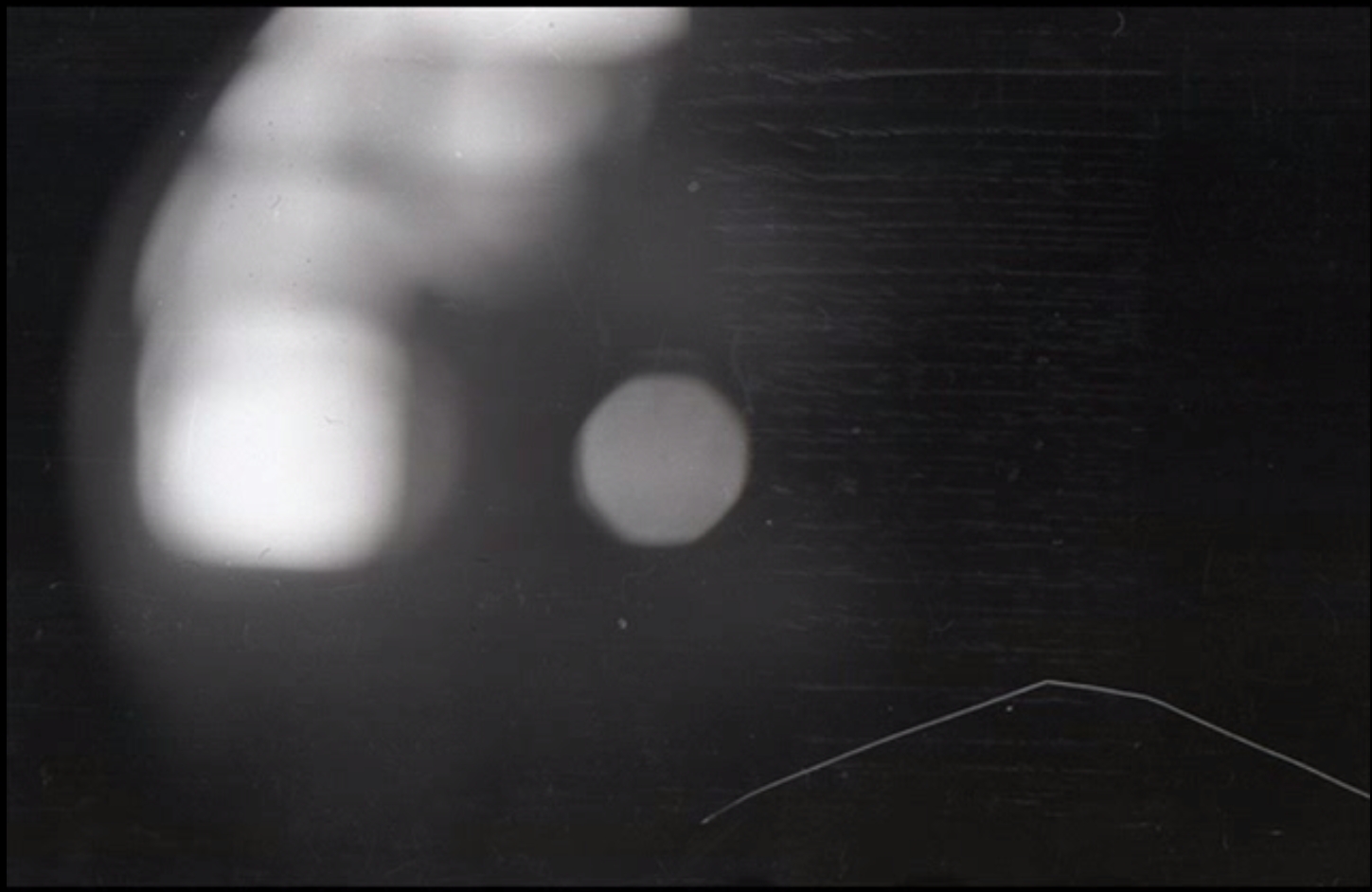 and heres my deblur 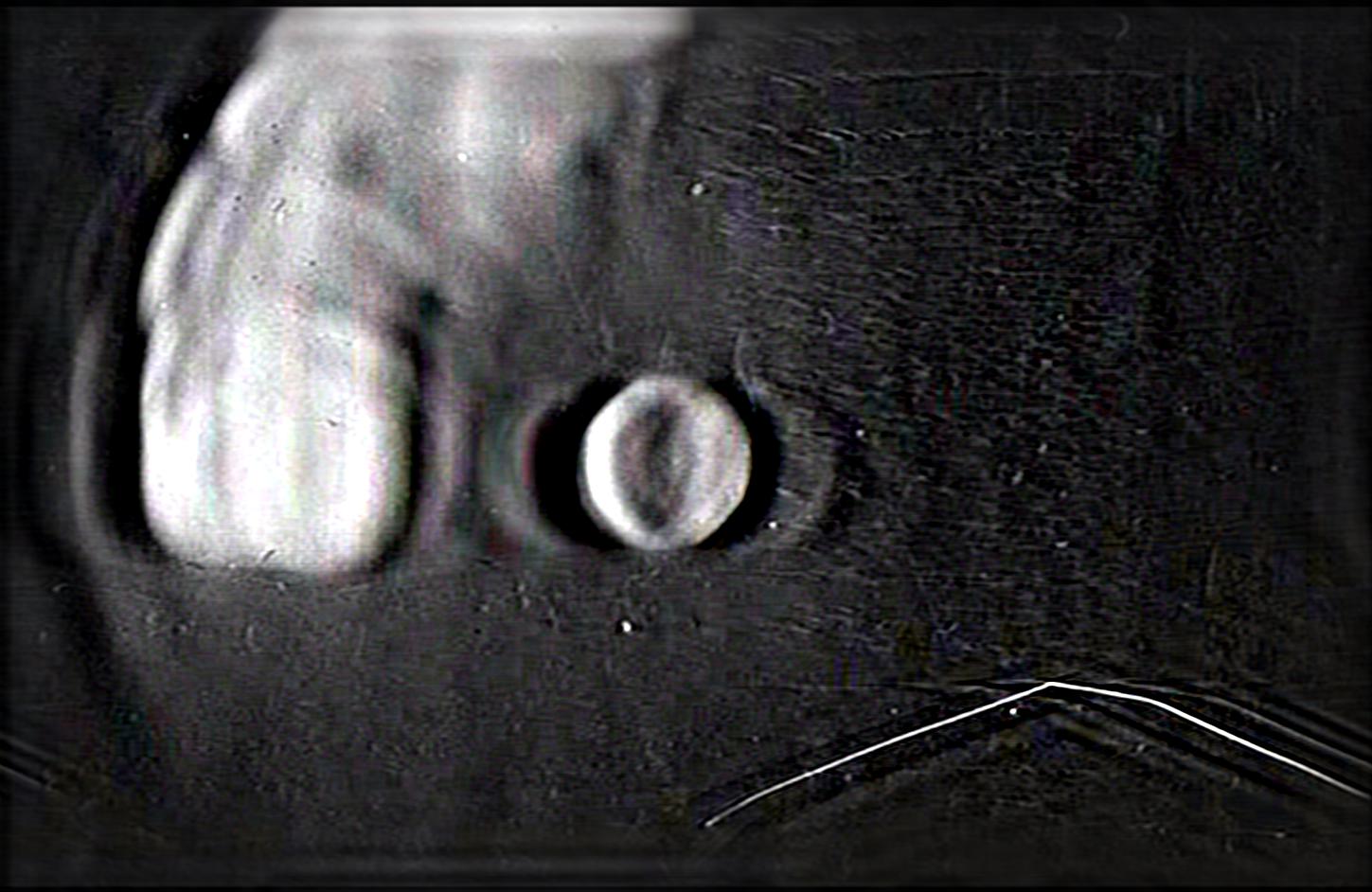 it looks to me like one of the rips in the tent, and some weird creature looking in.
What looks like a cat eye really freaked me out!

if anyone can get a better deblur please do.

For those not familiar-


The Dyatlov Pass incident was an event that resulted in the death of nine hikers in the northern Ural Mountains on the night of February 2, 1959. The incident happened on the eastern side of Kholat Syakhl. Since then, the mountain pass where the incident occurred has been called Dyatlov Pass after the group's leader, Igor Dyatlov.

Investigators determined that the skiers had torn their tents from the inside out in order to escape from an apparent threat. They fled the campsite, some of them barefoot, under heavy snowfall. Although the bodies showed no signs of struggle, two victims had fractured skulls and broken ribs, absent contusion. Soviet authorities determined that an "unknown compelling force" had caused the deaths; access to the region was consequently blocked for hikers and adventurers for three years after the incident. Due to the lack of survivors, the chronology of events remains uncertain, although several theories exist, some involving a possible avalanche.

better links out there but here's the Wiki

Have you seen the photo of a large upright standing "bigfoot-type" creature up the path between 2 trees that was found to be one of the last photos taken by a member of the party?

There was a recent tv special...either History Channel or Discovery...that focused on the event and evidence found by the 1st of the ER teams that got to the bodies.

That photo was eerie...large, bi-pedal...and the last taken in that one retrieved camera.

Im sorry I don't have a link, but that photo of the creature was amazing....I will search for it myself....

posted on Jun, 11 2015 @ 12:30 PM
link
I hadn't heard about this picture, but by the look of it, the hexagon, *[or rather octagon in the pictures case] shape on the right is a camera artifact, perhaps the shape of the camera IRIS seen when there is lens flare, and that's what it looks like...a lens flare, and that's being caused by the brightness on the left. You would need to try and figure out what the bright light on the left is then, and if the blur is caused by movement.

This is a hexagon shutter and the Iris is in the middle, 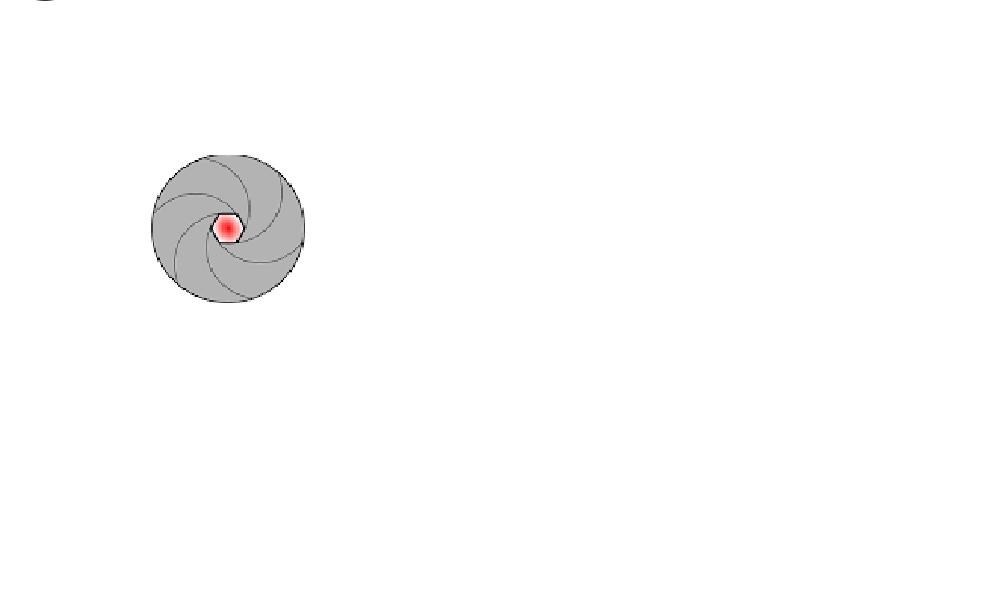 *In edit to avoid confusion. 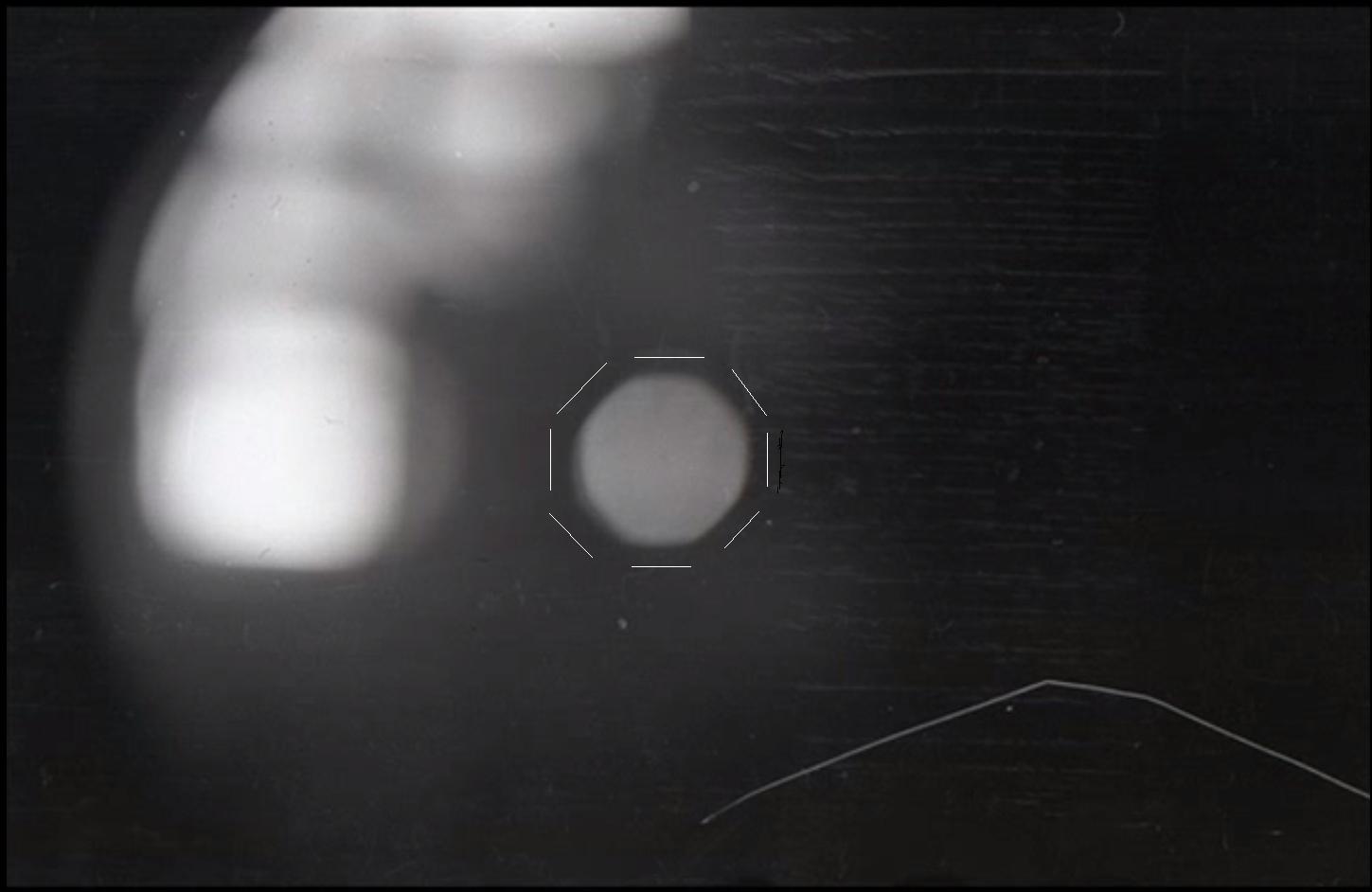 Here is one of 2 photos

I put that image in to Picasa 3 (a standard photo program from Google) and the "eye" feature certainly looks like an eye with a black pupil.

my suggestion as a solution to the mystery is a bit brash, and as for the story here earlier on ATS, I was the first to suspect Sasquatch creatures. I suspect that one of the females was in ovulation and the group was attacked by one or more male Sasquatch beings by sexual instincts. With the size of their reported bodies and subsequent abnormal (to humans) strength, they would have no problem ripping tents, smashing skulls and chests.

We don't know how correct or truthful were the investigations done weeks after the attack. Was there any evidence that the women had been molested in any way or treated differently than the men?
edit on 11-6-2015 by Aliensun because: (no reason given)

posted on Jun, 11 2015 @ 12:35 PM
link
We have tried to analyse that photo previously in other Dyatlov threads. I see a bright light source on the left with lens flare from it in the middle of the image.They had one of those metal stoves in the tent (or was it just outside the tent?) and that could be a photo of it with it's door open and we're seeing inside it and what ever it was burning at that time.

I've blown it up a little, and to me it looks like a side of a face with flappy skin on the left side

or do I need glasses?

originally posted by: mysterioustranger
a reply to: smurfy

Here is one of 2 photos

It's got very short arms for almasty/bigfoot, and you'd almost think it's wearing trousers tucked into boots. But, the picture is so blurry as to be useless.

I've blown it up a little, and to me it looks like a side of a face with flappy skin on the left side

or do I need glasses?

No,I think you need to take a few more anti-paredolia pills instead.

posted on Jun, 11 2015 @ 01:53 PM
link
You do realize that original photo is extremely out of focus right? And that "eye" is likely a defocused object much smaller than what the image shows? You can't simply run a deblur or sharpen filter on something that's already way out of focus, expecting to add more detail. Just not going to happen.

Considering the soon to be dead team member was running for their life dropping the camera, and it lay in freezing cold snow for God knows how many hours until found...then even longer to get developed...I think its in pretty good shape considering.

Just thought I'd bring it into-topic..as for your photo, I haven't a clue. Interesting to find out down the line what it really is or may-be!

originally posted by: mysterioustranger
a reply to: smurfy

Considering the soon to be dead team member was running for their life dropping the camera, and it lay in freezing cold snow for God knows how many hours until found...then even longer to get developed...I think its in pretty good shape considering.

Just thought I'd bring it into-topic..as for your photo, I haven't a clue. Interesting to find out down the line what it really is or may-be!


Yes, I get what you are saying, and it's right to talk about it, but there were tracks all over the place at the scene, but the report of the time says human tracks, no mention of Almasty, or rather strange footprints, while there was mention of the unusual body colour, and the radiation on the clothing, so there is a need to talk about that too.
The other thing about the 'Almasty' picture is that Discovery channel did one of their, 'educatering' documentaries on the Dyatlov events and showed that picture, but also showed an, 'Almasty cave' something they completely faked. That kicked the credibility of the picture itself into touch, especially when it is so poor a picture. We'll probably never get the story right now!
As an afterthought, I put in the Discovery documentary,"The Killer Lives" and if anyone wants to watch, I'd be interested to hear how many others see, leaps of logic, fallacy, edited interview, and plain hokum in this 'extra-special' documentary? the Hokum starts right at the very beginning with the studio presenter!

posted on Jun, 11 2015 @ 03:25 PM
link
Don't ask, but I've heard from a (shall we say shady) source, that the reason for all the hush hush was that there was a lab in Sverdlovsk ( I think that was the region). This lab was conducting experiments that were a successor of the infamous Ilya Ivanovich Ivanov hy-bred study.

Supposedly one of the subjects got loose a few days before the incident in question, and may (I'll say that again "MAY") have been involved. While this explanation has always seemed shaky at best, it would have explained the quick KGB response in shutting down the local authority during their investigation.

The only reason I even entertain this "explanation" is that I first heard the story back in the 80's before the end of the Cold War. I thought it was just "Old Man Stories", but when the story started to come to light I sort of think about some of the stories that guy said as not being so "way out there".

I absolutely agree with you there: I don't think we'll ever know. So many strange and unusual pieces of evidence going off in all directions.

Smurfy? I wonder if we'll ever find out the REAL story?

Have you or anyone else here read the book "A Compelling Unknown Force"? I think it explains this mystery quite well.

I'm trying hard and I don't see a face at all. Can you highlight what part is what?