posted on Jun, 11 2015 @ 09:06 AM
link
WARNING: The book or pictures contained within are not an attempt to spark a discussion about your personal experience with drugs or law breaking. Please respect the T&Cs.

If you haven't read the book, I'm sure many have seen the movie. For those who haven't, get on it. Here is an extremely short description...

The much-beloved Fear and Loathing, subtitled “A Savage Journey to the Heart of the American Dream,” follows Thompson's alter-ego Raoul Duke on the mother of all Vegas benders, as he and his attorney Dr. Gonzo cover a motorcycle race, crash a drug-enforcement convention, and rack up obscenely large room-service bills, all while dosed to the gills on a truly spectacular assortment of mind-altering substances.


The book or movie cannot be summed up in a few sentences. It's a big, wide open attempt at breaking all the rules, staying alive and experiencing things some people could never imagine. Many books have the potential to be adapted into graphic novels and this was a great choice by the artist.


Entertainment Weekly has gotten it's hands on a few of the book’s illustrations. I think it looks great and can't wait to add it to my collection. A signed copy would have made me giddy inside, but for a man who lived faster than most, he was surely going to die young. 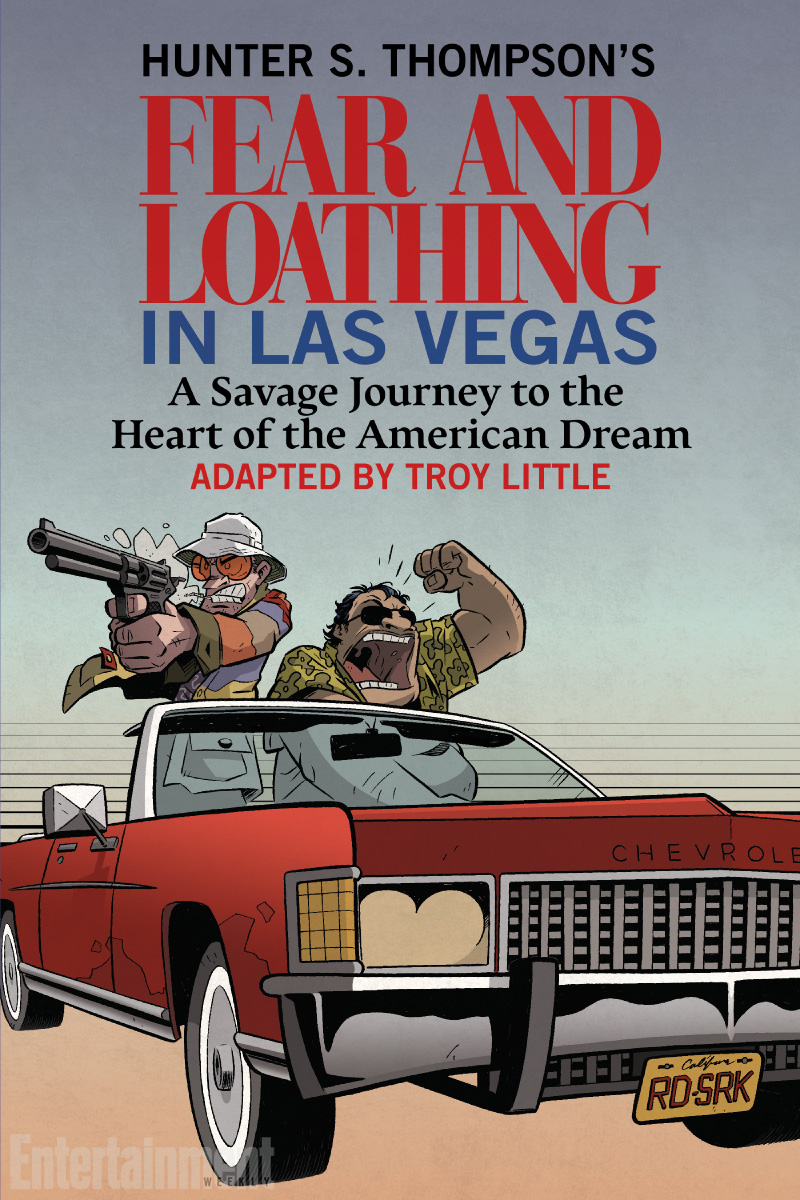 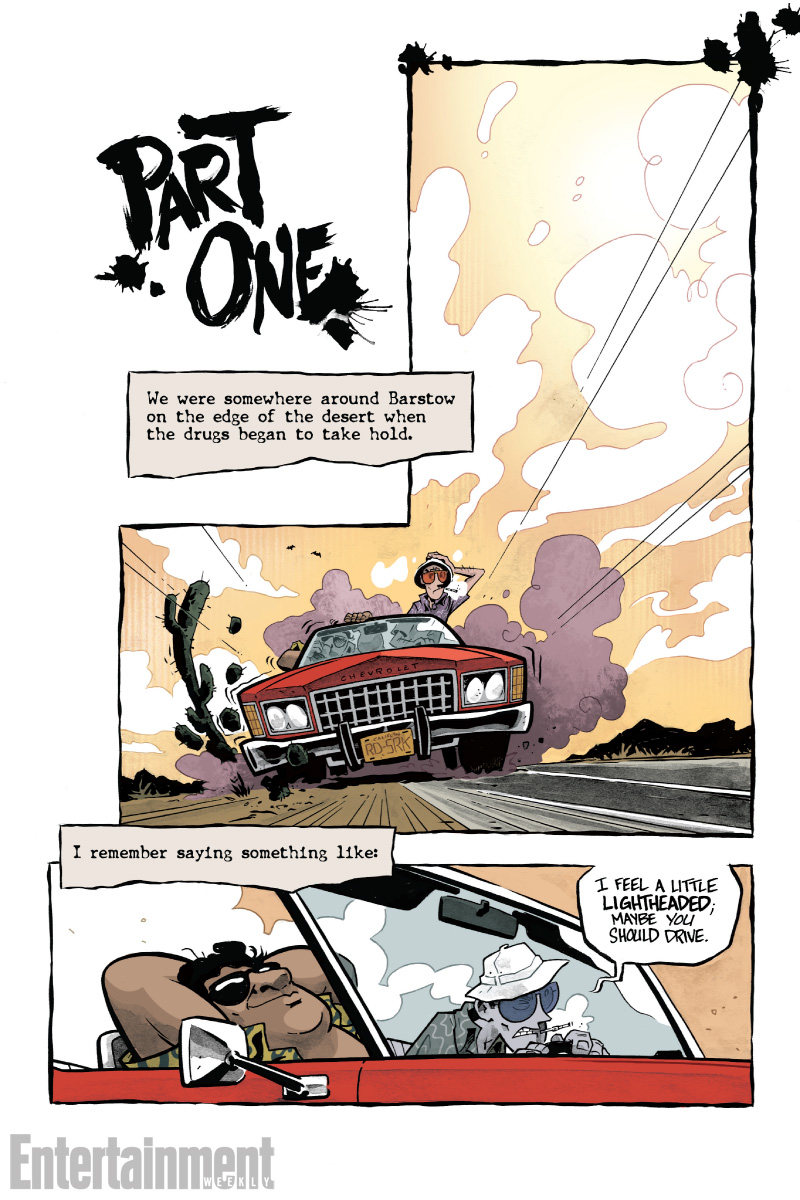 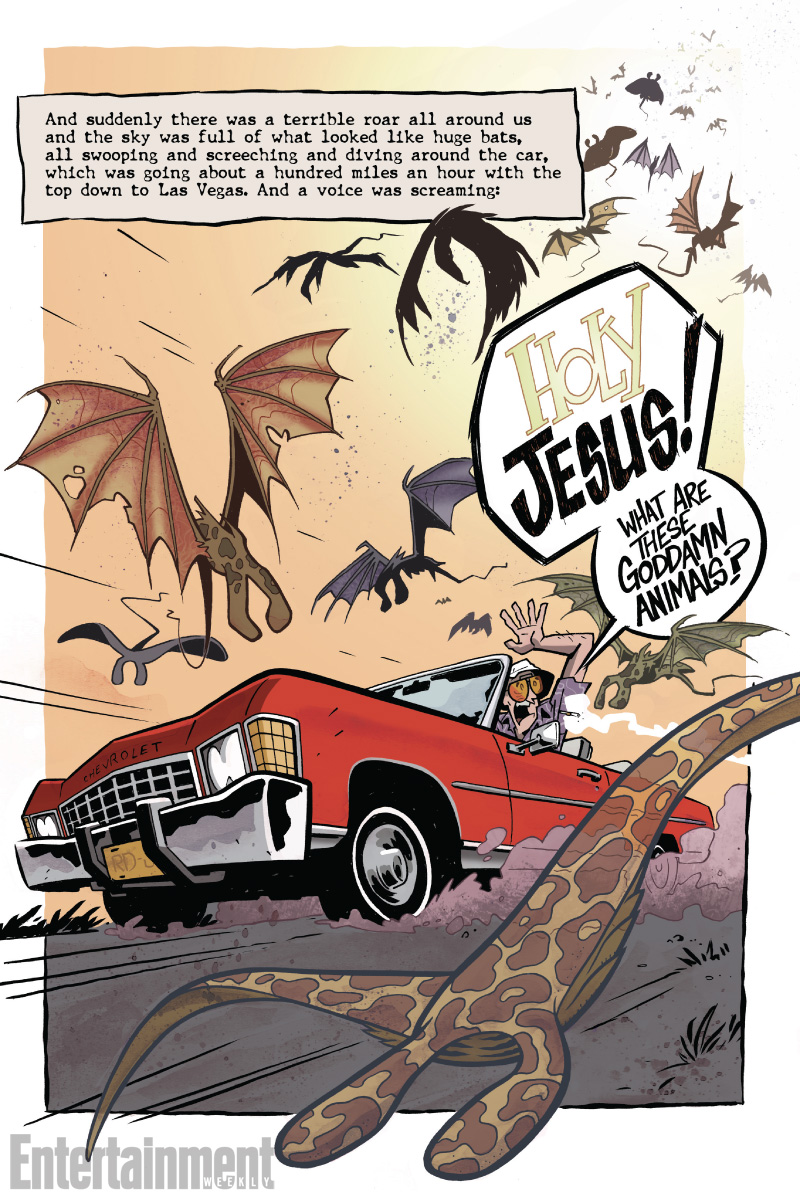 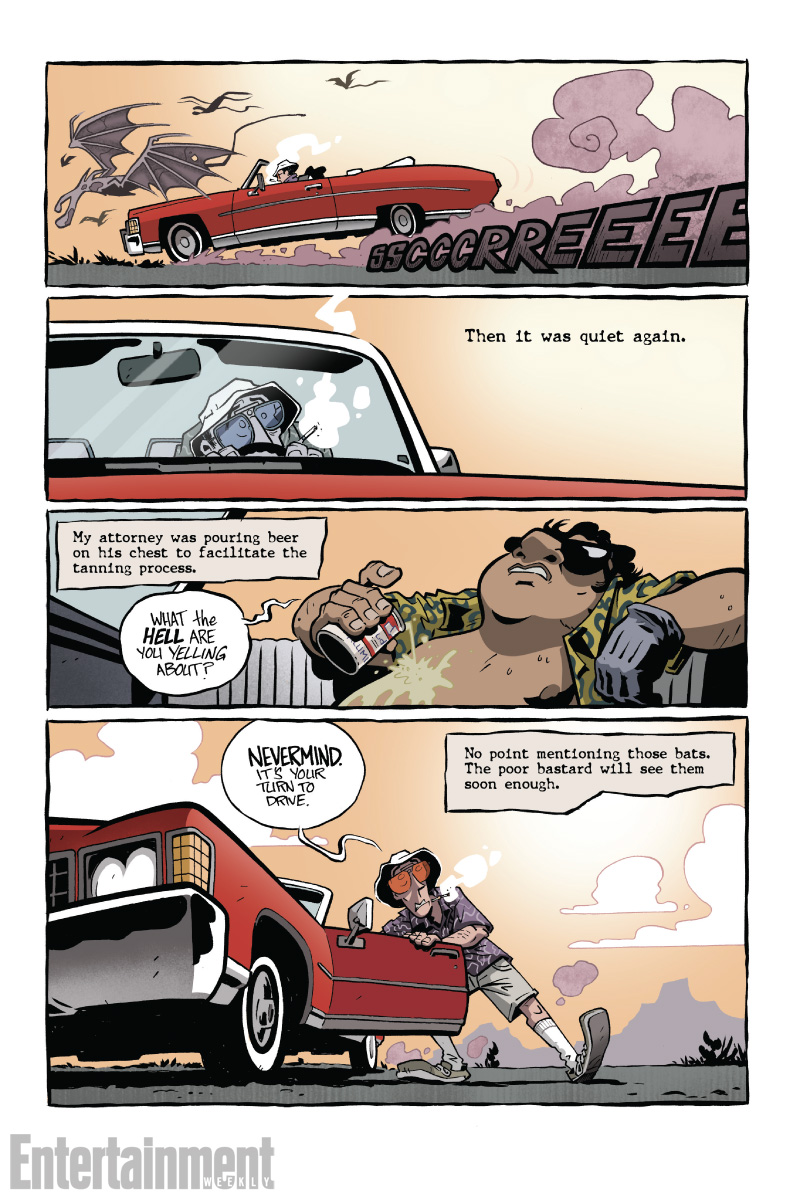 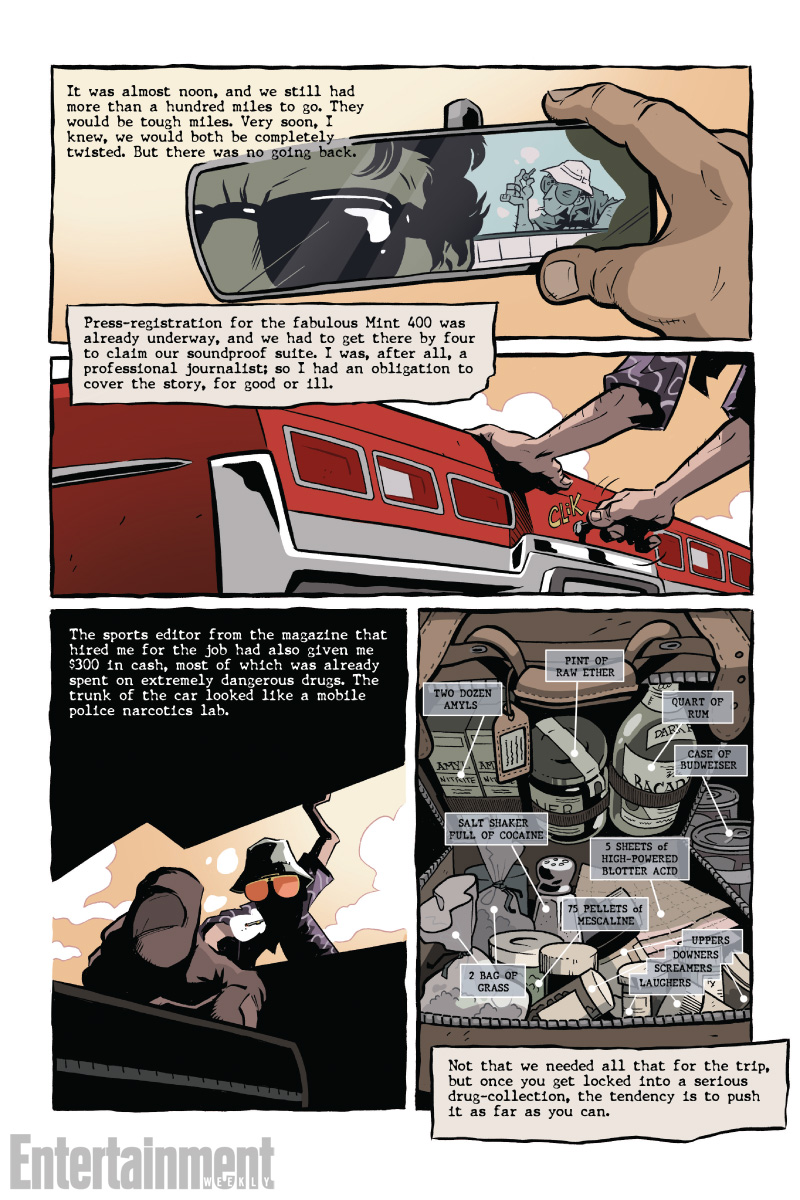 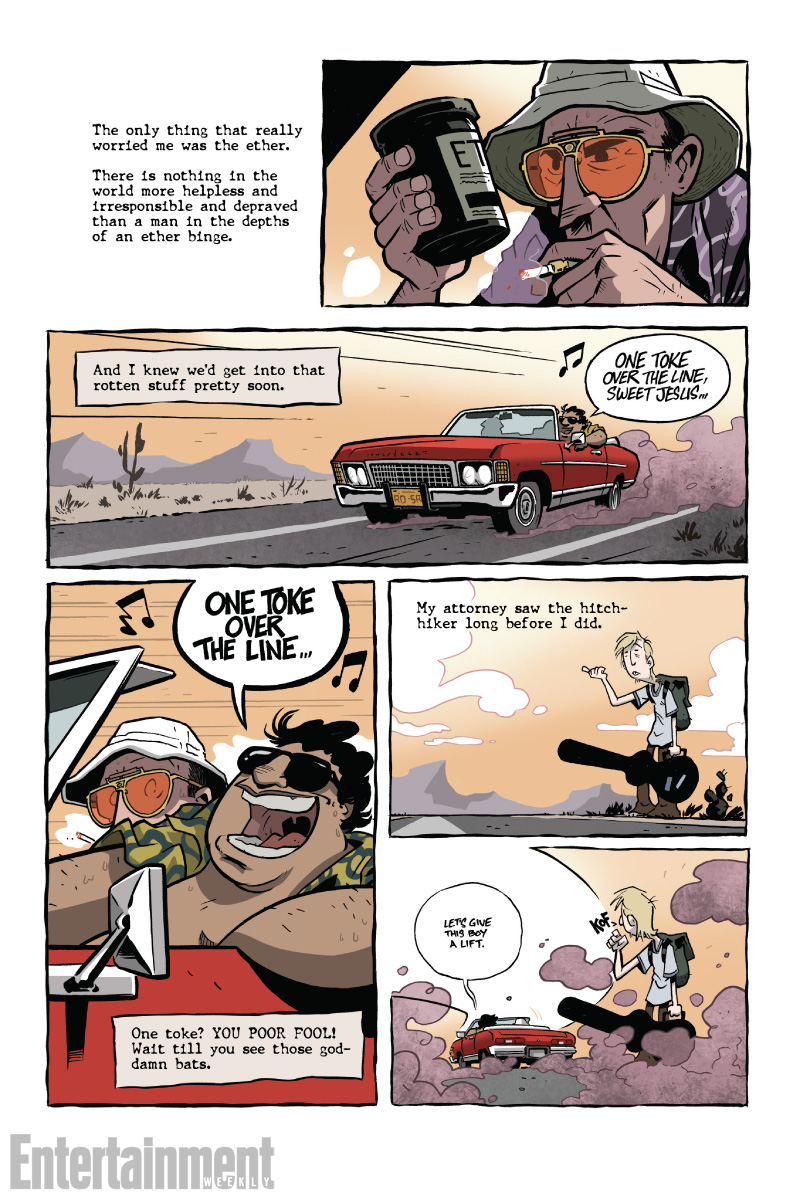 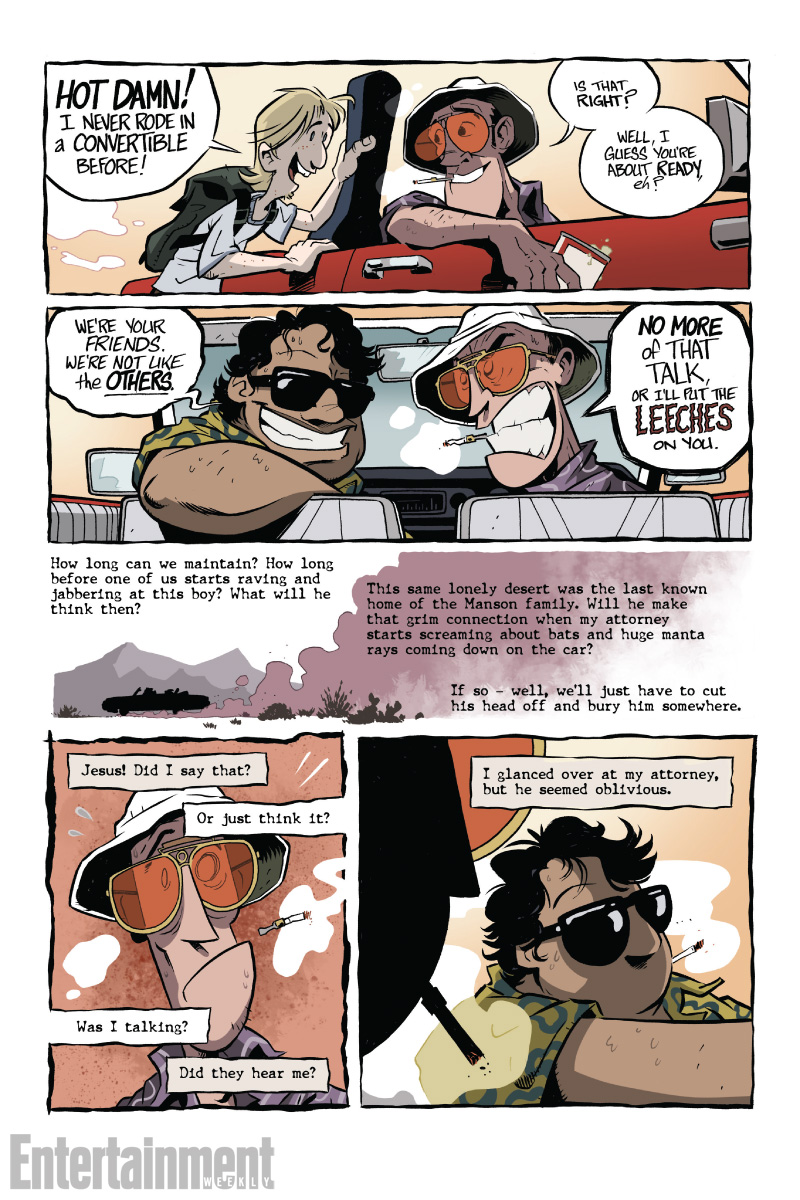 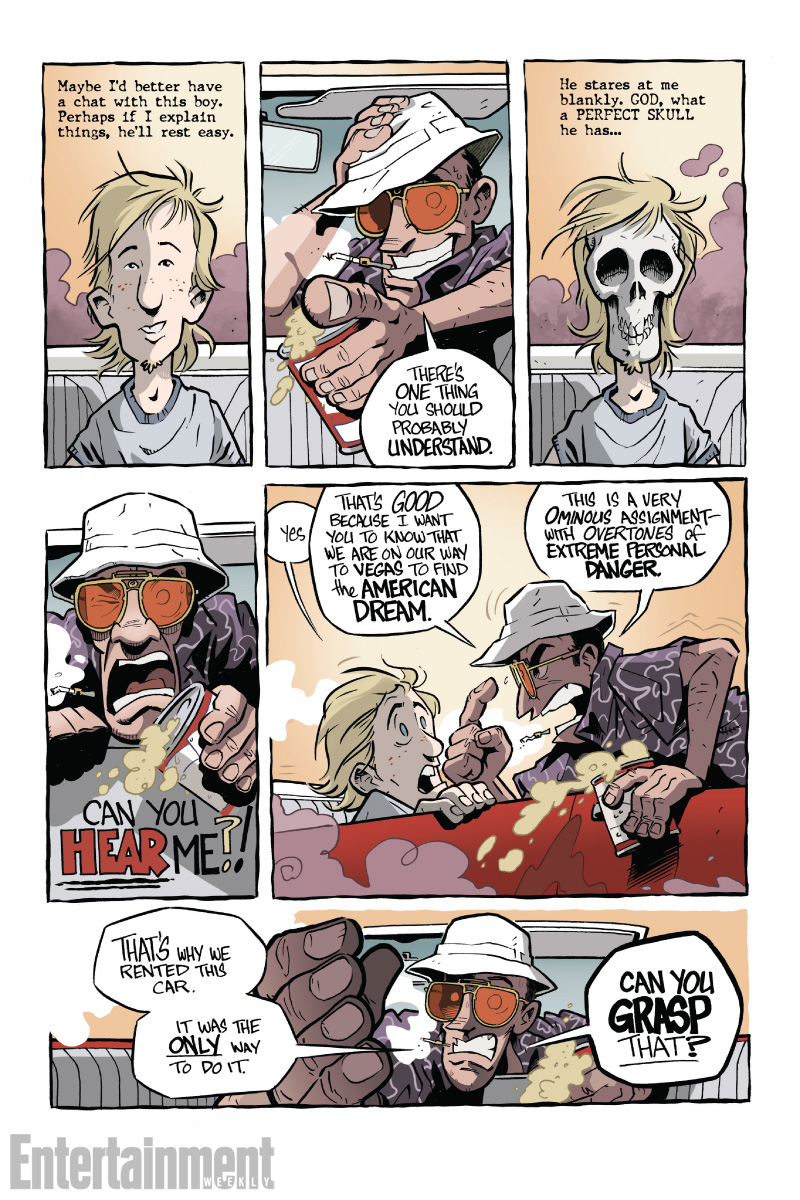 I'm going to have to get this graphic novel.

posted on Jun, 11 2015 @ 09:42 AM
link
So… the book re-released in comic book form or accompaniment. Just my big O, the cartoons suck, showing the characters as loud mouthed angry caricatures. Hunter was known for his parody of the paradigm, not just dope and abusive anger, like the cartoons portray.

Read his material, not material bastardization of his material. Or see the movie "Fear and Loathing in Las Vegas" with Jonny Depp. Where the buffalo Roam, with Bill Murray isn't half bad either.

But if inclined at all, do the man justice and just read his stuff, direct from the horses mouth.

I have to agree. The graphic novel wasn't "gonzo" just an attempt at making money. I wonder how much they paid for the rights to make that comic book?

Do the man justice and read his stuff!!

posted on Jun, 11 2015 @ 10:29 AM
link
Nothing beats the movie for me. The book is brilliant, but the visuals of the movie bring it to a new level. Pretty much the movie that changed my opinion of Johnny Depp too.

Even the older more aged movie, Where the Buffalo Roam, was good.. Bill Murray managed to capture hunter's personality almost as well as Depp.

I rarely read books. But I've read Fear and Loathing a few times. I'd read this though. even if it is a little distant from the mark.

A cartoon book isn't Gonzo journalism. It's not Gonzo anything. It's a damn
cartoon.


The question is, would Thompson have approved it?

posted on Jun, 12 2015 @ 01:51 AM
link
Amusing. Another attempt at cashing in by his "Drug" image. I knew allot of rubes in school that loved the movie but wouldn't touch the book. I've read all his material, and he would have promptly told the publisher of this graphic novel to # off. At least use Steadman.
edit on 12-6-2015 by Flesh699 because: (no reason given)