posted on Jun, 5 2015 @ 02:56 PM
link
A St. Louis womans house was raided by a swat team and her dog shot and killed because of what amounts to her not paying her gas bill.

This is just insane, are they really raiding our houses with swat teams and killing our dogs to check and see if we have electric and gas hooked up per city code?

This lady says in a lawsuit that is exactly what happened..

Maybe they were terrible tenants and the landlord really wanted them out, but a swat team no knock raid for not paying your gas bill?

I will make sure I am all paid up on my utilities after reading this.

On Tuesday, a South County woman filed a federal lawsuit that dog lovers should read with caution -- the allegations are pretty disturbing.

In the lawsuit, Angela Zorich claims that St. Louis County Police tactical officers -- aka the department's SWAT team -- raided her house in April 2014 and killed Kiya, her four-year-old pit bull.

The reason for the raid: to check if her home had electricity and natural gas service.

"This is an example of police overreaching and using excessive force to get a family out of their house," said Kenneth Chackes, the attorney who represents Zorich

For all you law enforcement officers out there, something doesn't have to die just because you are called to do your job.

I wonder if they even thought of just driving up and knocking on the door during the daylight hours?


I hope the Judge who signed off gets personally sued.

posted on Jun, 5 2015 @ 03:18 PM
link
The tactics are degrading and getting downright scarier everyday. I fear deeply for my future livelihood in this country.

posted on Jun, 5 2015 @ 03:19 PM
link
Beautiful dog, such a shame.
I still can't figure wth this is about - cut off gas or electricity?
Doesn't matter now, I have no beef with the police but SWAT is cops playing army.
I would probably get shot if they killed my dog.
I doubt I could sit there and act rationally after they went and did something as #ed up as that.

My mistake. You posted this thread as I was still in the process of constructing mine. I usually open a separate tab and do a quick sweep to make sure the thread I'm about to create wasn't recently posted. The one time I decide not to and I duplicate a thread.

On topic. The use of swat units for non violent situations is one of the most despicable tactics used by law enforcement. There is zero justification for using a swat unit in response to code violations. Any one of the people present during this raid could have joined the family dog in death at the blink of an eye. And if Angela Zorich is to be believed, that was at least threatened.

At one point in the raid, Zorich alleges, an officer pointed his firearm at her son's head and said "One word, motherf-----, and I'll put three in you."

For those who read it.. get my point..

Hurt a defenseless animal... or such and such!

Both threads really hit a note with me! ( fraggle )

I was out of line.. I wrote some nasty stuff.. ( but gosh damn this irritated me )

People won't care because of the stigma that pits get, they just think it's not if but when with them.

Mostly from people that have never owned one, just seen the horror stories from the owners that don't know how to raise a dog.

This story is sickening, to raid a house to check for gas and electric?!
Got to be kidding me.

You could not have avoided it they were literally a minute apart. We were both typing at the same time..

Inkster (Michigan) property owners will soon face a one-time tax hit to cover a settlement reached between the city and a man beaten by a police officer during a traffic stop.

Maybe more of these will be cause to reevaluate how the police are used and their procedures.

At most if someone continually refused to meet with code inspector then I guess I can see a couple officers or deputies going along for backup but no way no how should SWAT be involved.

AND no way should your door be knocked in for civil code violations.

This is the new USA with psychopaths in positions of authority. What else can people who believe this is a solution be.

We may be passed it. 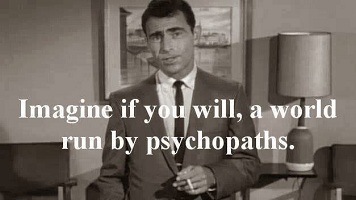