Humankind.. So how are you holding up? 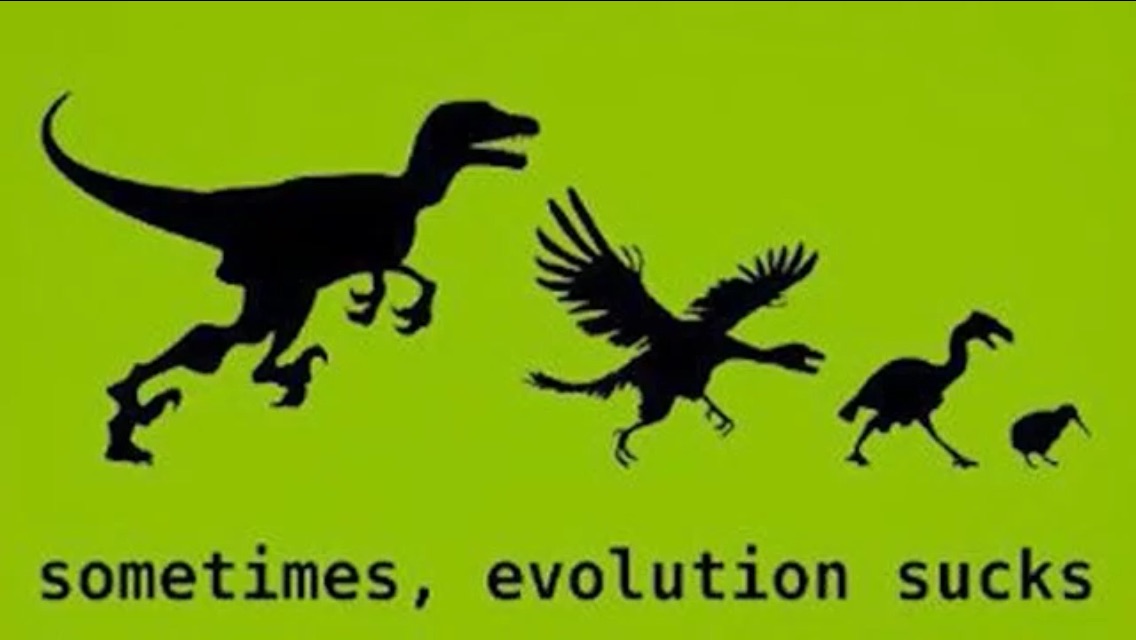 So what do you guys think? Where do we stand? How are we doing as species?

BTW it is actually cool to see you now here as just the "regular people"..I would quickly like to add.. What I love about this place (SO FAR ;/ ) is that, honestly, this is the first time I am able to drop the fear of authority and I am finally gaining some real confidence in myself thanks to the general attitude.. I would like to applaud and thank the people for coming to this place metaphorically speaking closing the door on things like the "I am older so I know better", "I am of this status" or "I have this amount of life experience in comparison to you".. It is truly a spectacular..

Evolution of mankind and the now in my opinion:

Generally these days I would say that some things are handled like we are still in medieval times, yet jus some quick examples I can think of, we have the technology to revive a mammoth from single well preserved DNA cell, 3D printers that somehow help to create real organs or we now know that we can generate real electrical energy from trees..

Some stuff seems to be still so backwards..
Yet there are currently real far fetched projects that are somehow in my opinion not yet necessary..
And if this is not enough we face the big question where will the humankind go if this earth becomes inhabitable.. (I would definitely say that, yes, this issue belongs into the right NOW)

I think that we as mankind should really real proud, however there are some real gaps..

Personally ..
The few main reasons behind these gaps are:

It think this mismatch greatly lays in still having a bureaucratic global economy and governance.. And the completely opposing philosophies and religions (religion= the rituals, rules and the general shared believe system) that drives each society (and outlines it's laws) and the economy (and it's key strategies).. Ah and lets not forget the conflicts of the natural 'deep down' desire of wanting to remain in charge I believe still exists in the majority of you males.

Additionally, we people, lost the natural hunters animal instincts mainly due to the fact that our settlements give us SECURITY that we need (police, military) and therefore we no longer now how face or defend against the risk. Then they give us THE GOVERNANCE that acts on our behalf to deal with challenges and therefore we are not truly evolving properly as a whole..

Well, we are evolving, scientifically. We get more understanding about World around us whether its microscopic or macrocosmic. We as a species have made huge leaps in last hundred years alone and speed of scientific, technological knowledge and realization has been huge and expect that to sky rocket in multitudes.

In the same time we are messing our true self with some of our inventions, some are very basic we don´t even see that we do harm to ourself. For example as a species in our not so distant history we chose our compatible partners not only by look if it pleased but also using our other senses and one of the important one was smell. Now we tend to cover ourself with artificial scents which blur our senses and we choose wronly and that reduces our possibility to find biologically best match, also leads to more mutations and more diseases.

Only time will tell what and where we will be... as a species. There are positive and negative aspect in all.

But i'm still smiling because you can't keep a rebel down

My opinion on human evolution is that there is something major not yet realised /revealed. Like a missing link that isn't an ape creature, it is something else. The whole evolved from apes thing is missing major pieces and doesn't allow for the reality of massive jumps in knowledge and the fact there aren't any other human level creatures on Earth.

It is a long hypothesis that I won't expand on here right now but the evidence supports this ''added factor / major mutation'' theory.

Humanity has enormous potential for both good and evil. We are capable of such compassion and yet also commit atrocity on a scale almost beyond imagination. From a scientific standpoint we are on the brink of answering some rather interesting questions pertaining to our universe yet from a spiritual perspective we are still but infants.

The Human condition or so it seems is an enigma wrapped in a paradox. End of the day, out of balance would be how i describe our current from of existence.

Like a child, let's say a preteen, knows one day they will grow up to have a job and a family. It doesn't necessarily mean they're ready to do that but they're going to act more mature than their age and try to do things they don't quite understand yet.

Does that make sense?

I thought about this the other day

1.
Maybe I wouldn't call it dumb( i kind of want to) but rather lets call it preference of lifestyle, at the end of the day we all have free will

2.
To be honest I would say this actually is a real problem.
This is exactly what I am observing as the next step in our evolution

i think eventually this will cause a huge split and conflict. Given now the 25% or what ever is mixed with the 75%, meaning that we are kind of talking here about you and you neighbour..

yes very much so..

I know this is completely out of context and unrelated and only reflection from my point of view right now..

But actually looking at your avatar whilst reading your reply kind of matches what you are describing there..

GENERALLY TO THE THREAD ADDITION:

Given I know some of you are parents.. It would be interesting to know how your point of view translates into your daily lives.. Do they actually translate into the upbringing of your children or you just want them to figure it out and choose for them selves.. Is your point of view shared or in contrast to your family circle.. and so on..
edit on 29-5-2015 by MimiSia because: (no reason given)

The whole movie is a comedy, but this one scene is actually a bit prophetic I fear....

Jesus that was priceless

as I hit reply
an add on tv

the life on a dole