It would allow India to build a port in Iran. The agreement took place despite U.S. warnings against deals with Iran before the nuclear agreement is reached before the deadline on June 30.

the port will benefit not only Iran, but also the entire region as part of Russia, India and Iran’s “North-South” transport corridor project. The project is parallel to China’s East-West Silk Road.

posted on May, 25 2015 @ 05:12 AM
link
This path India are walking down, where will it end? India are constantly siding with our enemies so maybe we should start thinking of India as an enemy?

there is more info about the port here: www.dnaindia.com...

but none of these links are accompanied by a graphic.... wonder why ?

I think the location is on the Iran coast of Black Sea, because the article points out that Afghanistan can be serviced without going through Pakistan (an interesting side issue)

nowhere was the AIIB or the BRICS bank mentioned as underwriters or financiers of this project...

but neither was the IMF or World Bank mentioned either, so it must be a joint venture (bilateral) india+iran funding

India also built a major highway in Afghanistan in 2009-2011


The Zaranj-Delaram highway in Afghanistan built by India and handed over to the Afghan government on January 22, 2009 is now under Taliban control. Within two years of the commissioning of this strategic highway, Taliban effectively dominates this road link, which has in turn allowed it to take control of the Nimroz province.

The port of Chabahar is located in the south of Sistan and Baluchistan Province. Because of its establishments and ease of access to ocean as well as Oman Sea and Persian Gulf, long ago it was the centre of business, trade and navigation.

The master plan of the port of Chabahar was brought up in 1973, and its related contracts were signed with contractors. But for some reasons this plan was delayed after the Islamic Revolution, because of financial resources deficiencies. A part of this plan that contains quick berth and breakwater was started and finished


So this current deal is upgrading the quick berth & breakwater port facilities into modern, container transport facilities....
now I am getting a clearer picture...

its all job creation for India, even as india sucks most of the skilled tech jobs from the USA
and india labor travels to the ME to build hotels, islands, outlandish buildings for the fabulously wealthy shieks

originally posted by: biggilo
This path India are walking down, where will it end? India are constantly siding with our enemies so maybe we should start thinking of India as an enemy?

This one is drafted earlier 2005's that's previous governments term, to make a easy resupply route to Afghanistan, where India plans to boost and train their economy and Military, India can't use Pakistani ways since we were rival enemies.

India almost closed all other Business with Iran. 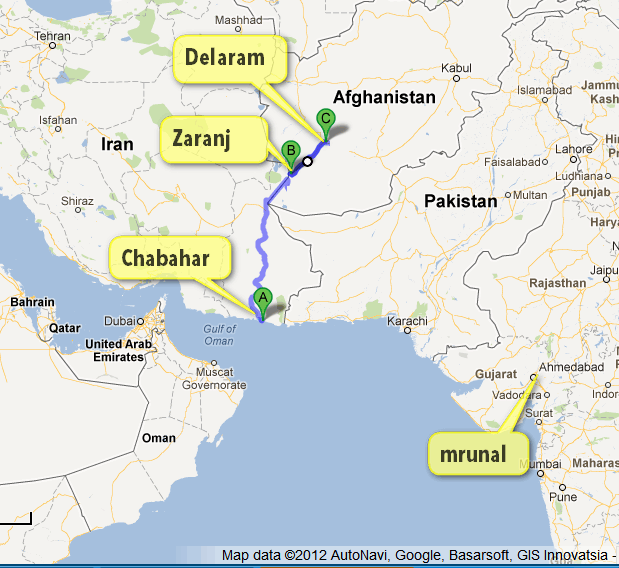 I think this should give a better picture...