Internet Oversight is Going Global: And They Want to Control Information "Integrity"

page: 1
66
<<   2 >>
log in
join
share:
mister.old.school
+36 more
posted on May, 15 2015 @ 04:19 PM
link
Hello esteemed readers. As many who have been paying attention will recall, last year the US agency (National Telecommunications and Information Administration) is giving up it's oversight of the global Internet naming authority, ICANN (International Corporation for Assigned Names and Numbers). This is a significant and terrifying shift in the global power of the bureaucrats that have oversight on how the Internet functions on a day-to-day basis.

Vint Cerf, the pioneer who is one of the verifiable fathers of the Internet, is opposed to this power shift, primarily because of his legitimate concern that it paves the way for regional Internet fiefdoms that aren't well-integrated:


“In my view, fragmentation is destructive of the basic functioning of the Internet. … Fragmentation would be a terrible outcome [and] destroy value …. But we have to work to make sure there is no reason to fragment,” Dr. Cerf said Thursday during a conference on Internet governance and cybersecurity, sponsored by the School of International and Public Affairs at Columbia University and the Global Commission on Internet Governance.

While that is certainly cause for concern, it's "small potatoes" in comparison to comments from Fadi Chehadé, President of ICANN. You see, Fadi's stated next goal is "improving the integrity of information online."


Chehadé believes the next hurdle for the global internet community doesn’t relate the underlying infrastructure of the internet. Instead, he thinks it's time to focus on "what happens on the internet."

He called this "internet integrity."

He went on, "When I see something on the internet written about me ... How do you know it is a high integrity item? How do you know this is the truth?" Chehadé believes that the next issue to be tackled is not how the internet works (which is the infrastructure that ICANN has been overseeing for decades), but how to create a better way to ensure and protect the content disseminated on the internet.

Well there you have it my fellow conspirators, the person with a sudden boost in authority over which website domains are allowed to receive traffic, has come out in favor of censoring what happens on the Internet.

Let me reiterate that thought in a more real-world fashion. If Fadi Chehadé gets his way, and he is in a position to get it, he controls the only company that could stop all global traffic to www.abovetopsecret.com if he dislikes the "integrity" of our content.

Suddenly, Net Neutrality seems a small issue in comparison.
edit on 15-5-2015 by mister.old.school because: (no reason given)

posted on May, 15 2015 @ 04:27 PM
link
All electronic communications have been monitored in real time for quite some time the difference now is these capabilities and the right to police the net are being sold to the highest bidders,all I have to do is look up an airfare to Bangkok and lo and behold Thai hotels,tours and specials follow me for the next week,Google and Facebook im sure are used for psychological profiling and soon they will sell your metadata,as in anything else ITS ALL ABOUT THE MONEY.

That is very disturbing indeed! We have heard of tptb wanting to control dissent and conspiracy theories on the internet. Heck, we have even had provocateurs and agents come on ATS to try and push their agenda and derail threads on subjects they want to protect. And we in the West have had relative freedom on the net. You can just look at China and The Great Firewall Of China to see where this is going.

You will be fined or imprisoned for conspiracies tptb don't agree with. I would not be surprised to see them use the criminal Conspiracy Laws one they outlaw dissent if you post a conspiracy theory. Conspiracy Laws in the US carry a serious prison term, even if you didn't do anything else wrong.


ETA: Wow! ATS is visible from mainland China. I would not have expected that at all!

posted on May, 15 2015 @ 05:06 PM
link
"Information Integrity" sounds like code for destroying the free flow of information. I am against ANY Global control of anything, but especially the internet.

The people wanting this are the same type of people that burned books when they didn't like what was written. There's no way to prove any information that's read in a book or on the internet as being true or false. That takes a certain amount of judgement on the part of the reader, to determine one way or the other.

Why don't they just give us all a frontal lobotomy and be done with it?

originally posted by: khnum
All electronic communications have been monitored in real time for quite some time the difference now is these capabilities and the right to police the net are being sold to the highest bidders


The issue I brought up in the opening post has nothing to do with what you're saying here.

originally posted by: Bilk22
Why don't they just give us all a frontal lobotomy and be done with it?

Yeah but that's a voluntary lobotomy. Those of us that have critical thinking, are what TPTB consider dangerous.
edit on 98032Fridayk22 by Bilk22 because: (no reason given)

posted on May, 15 2015 @ 05:38 PM
link
Look, it doesn't state how this will be implimented if it comes to pass... It could simply be a grading system where web users decide a sites integrity via democratic consensus.... That actually would be a good idea imo... I expect many mainstream media outlets will have a hard time accepting this more than most as we all know most of their content is lies.......

If its democratic, bring it on....

Looks like you have had a little too much time to think - Mr Old School.

You see, in my opinion Mr Fadi Chehadé is a control freak doing the bidding of his puppet masters to gain control of the internet - the current bastion of free speech and anti-government and anti-establishment rhetoric - and for that he's also an asshole - this is the truth, to me, and simply censoring that becomes wrong, on so many levels - it is better he comes on and proves me wrong and wins my heart and mind.

Truth it's the new hate speech, during times of universal deceit, telling the truth becomes a revolutionary act
edit on 15-5-2015 by Sublimecraft because: (no reason given)

posted on May, 15 2015 @ 06:24 PM
link
Since the appellate Court Ruled Media Can Legally Lie, there is no legal basis for this buffoon to institute information integrity on the internet.

Tell him that he can do that only if he first can reverse the appellate courts ruling, that there is no such thing as information integrity, which is basically what the court is saying by legally allowing media to lie.

so they weren't doing this already? Idk this is nothing new. Maybe now they're letting us know about it but I think they're already doing this. Look at the rhetoric and mainstream media like...yeah they will allow us here at ATS (same with those at other, less cool, ATS-like sites like that one nutty one that incorrectly thinks that it's godlike Dx--you know He-Who-Must-Not-Be-Mentioned-On-ATS. Yes. I'm talking about Lord Voldemort .)

They allow us to continue on with our info because although it goes against their stuff (which they pretend has integrity but obviously it is totally devoid of integrity) what we do here DOES HAVE INTEGRITY. So good. Preserve it. I see no problem here. (well, i do but...levity levity hahaha)

ofc. but we are also their greatest asset. we both lead people to the Truth and lead them astray. not all of us are fighting for the right side here. we are both sides of the same coin, as ATS members. We aren't all the same--we aren't sheep.

So that's what they're banking on: that the zombies will listen to false prophets and deceit and ignore the Truth that's glaring at them from 1cm away lol.

Which is why they both love and hate us at ATS--but they will allow us to continue disseminating our knowledge in the hopes that our schism will be our undoing.

this is what i feel is truly occurring. but ofc it's just my opinion and that's worth just as much as anyone elses

So back to the 'Encyclopedia Britannica' being the authority on "facts".

I was getting tired of all this information. Too much to sort through. Best leave that to those that are wealthy and powerful since they obviously know best.

In a nutshell your kiddie rapers,porn merchants,neo nazis and all the rest of it are known,but currently not policed why because up till now there has been no money in it well thats about to change.

Truth it's the new hate speech, during times of universal deceit, telling the truth becomes a revolutionary act

Revolution. I'm guessing that's what they want us to do. 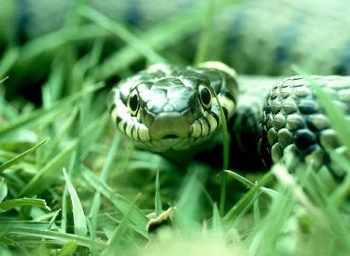 ‘Turn the Curse into a Blessing’: Netanyahu Wants UN of the Internet
source: rt.com...

Yes, and with dramatic and amazing results.

Thus, now, we can begin to understand the "Zombie Apocalypse".

Note: integrity has mostly nothing to do with integrity.

Integrity - as in data integrity - simply means that data is delivered unaltered. Not to be confused with moral integrity (something is just, correct, according to law, culture etc). It is impossible to ensure moral integrity on the Internet; what is acceptable in one community is not in the other.

So, there can never be an "internet police force" or "Internet Integrity Police". There is of course local, national and even international police that will try to arrest real life people if they break local laws on the international Internet. To allow these people to do their work, it is of importance that data integrity is ensured.

So, if an internet technician talks about integrity of data, he does not refer to content, but to bits. The bitstream should be delivered unaltered.

Other aspects of information are availability (the data should be available when needed) and confidentiality (the data should be delivered to only those that are supposed to see it). Then there is non-repudiation: that one can not deny having sent / originated data. These aspects of data weren't really considered much when the original Internet was set up, but are nowadays.

So, before we all get overly excited, let's first ensure that we're discussing the proper type of integrity..

originally posted by: Metallicus
"Information Integrity" sounds like code for destroying the free flow of information. I am against ANY Global control of anything, but especially the internet.


LOL! Yea they did the same sh*t with UFOs......it was called Project Blue Book. Its been an uphill battle ever since.