Ottawa Threatening Hate Charges Against Those Who Boycott Isreal

originally posted by: superman2012
Can't wait for the election! I just hope people vote someone in, not vote someone out like they did in Alberta.

That's not the way politics works. It's ALWAYS to vote someone out. Other than that the electorate is fairly apathetic.

I try to avoid buying anything from Israel simply out of principle. I am still trying to figure out how Israel is any different from South Africa in the 70's/80's when Canada was all bitching, moaning and indignant. Oh wait, the South African government killed fewer people than Israel, that's gotta be it.

As far as harper goes, he's a scumbag zionist, imho, but his actions give that "theory" a lot of credibility. Harper's head is so far up bibi's @ss, you'd be hard pressed to tell where harper ended and bibi started. They have club eh? I guess it's the one they booted russell williams out of, seems that way anyway.

If you want to boycott israel, boycott it. It's just another button-pushing, blood-thirsty, constantly whining apartheid state.


originally posted by: superman2012
Can't wait for the election! I just hope people vote someone in, not vote someone out like they did in Alberta.

That's not the way politics works. It's ALWAYS to vote someone out. Other than that the electorate is fairly apathetic.

I just kinda wish that we could fire politicians, preferably from a cannon. (And in the second ring, we have a dozen blondes showing off their cunning stunts).

Which is, of course, precisely why we are where we are.

Lol I had to read that twice to find the hidden gem!!!

He may have been referencing the Chicken Cannon. It's from a Canadian show call Royal Canadian Air Farce:

It was a recurring theme.

posted on May, 11 2015 @ 07:04 PM
link
It's not apathy anymore. I must thank the harper government for one thing. Galvanizing the youth of today. Alberta was crushed by the NDP recently in their elections. Younger people came out in droves to vote for them because their policies speak more to the younger generations than the older.

He will be out next election, that is final. His (and the liberals) support of bill c-51 even though over 50% of canadians don't agree sealed their fate. NDP will win this election most likely. I know i'm voting for them.

In alberta they're going to make min wage 15 bucks, they're going to be closing tax loops and increasing taxes on the oil companies out there. They're going to make sure that big corporations can't stop the little guy. They're putting an end to the two pipelines proposed (one going to bc, the other going down to the states. We know which ones they are) Which the first nations have been fighting for years now. Alberta is also Harpers home grounds, he put his house up for sale when NDP won.

I recently read their policy book recently, and a lot of it is much like that. Closing the wage gap, taxing mega business properly and things like that. Canadians are tired of his #, he pissed off all the apathetic youth, and now they'll do anything to get him out and restore our canada back to its former glory. Canadians are polite, and awesome, but if pushed to far, they will hulk out.

posted on May, 11 2015 @ 07:33 PM
link
What next Steve , may be a hate crime to boycott a product produced in a sweat shop and sold by a Israel owned store ?Or if a Israelite owns a certain % of shares in that store . Where are you going to draw the line on this slippery slope Steve ?

C-51 is just part of it, look at the unemployment rate of under 30's and the under-employed rate of 50 plus. Harper's pooched and trudeau, well, he's a goofball and it certainly doesn't help that his father privatized the bank of canada in 1975, selling it off to the IMF through shareholder banks. PE Trudeau was actually a very large part of the reason we are in the s**t up over our necks today and the apple don't fall far from the tree.

Pre '75, 16 billion in debt, post '75, 600 billion in debt, last couple of years and we are now somewhere between 800 billion and 1.2 trillion depending on who's counting the numbers. And that debt is because of pe trudeau in 1974/75 and the privatization of the bank of canada (and why we have a rabid CRA). I wonder if lil'ole justin inherited and crazy genes, of course then he'd fit right in eh?

Alberta did it, knocked out a 4 decade PC rule there and elected NDfreakingP. Who woulda thunk? Thing is, in order to get Harper out, some kind of swing vote is needed. Trudeau isn't quite ready to lead our country and I would rather see Mulcair at the helm. Anything, just anything to get Harper the hell out. Calling all Liberals to vote NDP just this once because even though Liberals and NDP are rivals, we all have Harper as a common enemy

posted on May, 11 2015 @ 07:51 PM
link
Like most of the laws that Harper has brought in, Judges will likely bat any charges away. He has completely detached himself from reality.

He is gone come election and everyone knows it. I thought I heard something about the idea of Harper not running for the Conservatives this election to try and save the party.

when exactly did the Canadian government descend into the 3rd Reich?

Living in a free society people can pick and choose what to buy or not to buy. Forcing people to buy items made in Israel is something one would expect to find in a dictatorship.

I am thinking that there will be a lot of the new laws he brought in will not get past the Supreme court .He tried messing with that institution and was beaten back and didn't make any friends . He has produced so much in your face crap that even many of his base has been having second thoughts . I suspect that Duffy and the revelations coming out will be something that will just keep giving all the way to the election .It's not like a good attack campaign cant be found with all the ammo . Even his latest vid on his 24/7 channel on the troops in Iraq was a really big no no .

About 5 years ago when we gave Stephen Harper a Majority government. Although a conservative, I do not support this government at all. Their brand of conservatism strays into the land of extremism and is reshaping Canada into something that many of us don't agree with.

posted on May, 11 2015 @ 08:12 PM
link
Huh?? I thought it was some kind of a joke but it's a thing, that's absolutely bazaar why would the head of a national government do that, even if that gov is pro Israel how could he not see blowback which is sure to follow..come Canada u better than that.

originally posted by: intrepid
I think this may just be a shout out to the Right. After the PC's fell after 44 years in Alberta Steve may feel like he's under pressure and needs to bolster his electorate.


Never, ever forget that Dear Leader is an evangelical theocrat and that his Middle Eastern foreign policy is dictated by a yearning for the Rapture.
Stephen Harper and the Theo-cons 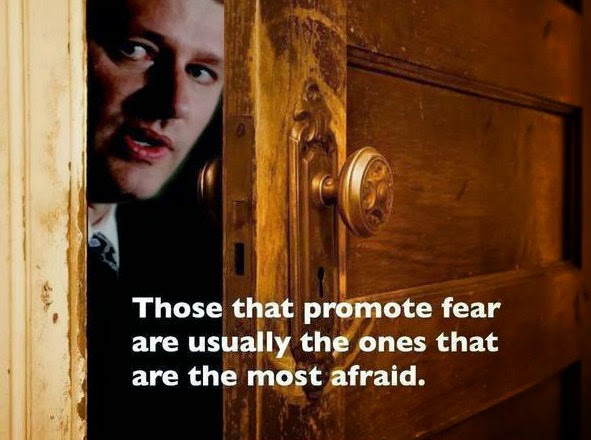 posted on May, 11 2015 @ 08:51 PM
link
Can someone please explain the Conservative/Israel loyalty connection to me???

Because it's here in America too not just Canada and it's not just conservatives either but many other groups as well. I get that we're long time allies and all that stuff. I also understand there are many Jewish members of society in many ways too. But that just doesn't explain the overwhelming and unquestionable loyalty to the Government of Israel.

Add to it laws like these that show a completely unreasonable willingness to install aggressive policies in favor of Israel regardless of reason or legality. For example, looking at the reaction from many of the officials here in the US when Netanyahu came here to speak. They literally cheered so loud they broke the sound equipment at one point. That is not a normal reaction. It's an almost disturbing amount of praise for a guy or nation, even an ally. Plus let's be honest it's not like Israel doesn't also have it's flaws and yet Conservatives in the Western nations practically worship anything Israel does.

Is it some kind of Religious thing where they feel they must support Israel???? Is it Economic???? I just can't figure out what it is that Israel has that creates such a fanatic loyalty for them. Can someone clue me in to what that is all about???