posted on May, 11 2015 @ 02:07 PM
link
When I came home today and got ready to light up the BBQ , I walked to the fridge to get me some beer.
When the meat was on the yarn, I sat long in my chair next to the BBQ. I looked at the sky where my eye catched something I almost couldn't explain why this could be ..

To my surprise a very thick contrail was in the air above my head. Nothing out of the ordinary because this whole evening I could see contrails criss crossing the sky above me.

No this one appeared to be different then the others , this one casted a shadow . Also nothing weird because clouds do cast shadows too. But when I looked around and taking snapshots I couldn't see other trails doing the same.

Now knowing that when sunset is starting to fall in the light spectrum and the height of the trails could cast others to put shadow to it. But later on I noticed from a distance and even in parallel with sun rays , I could see another pair of Dark contrails. . This is not the first time I've seen this and most of the time I didn't spent any attention to it, but I don't know I never recall this in my younger years . Or is it just that I wasn't paying attention at that time.. 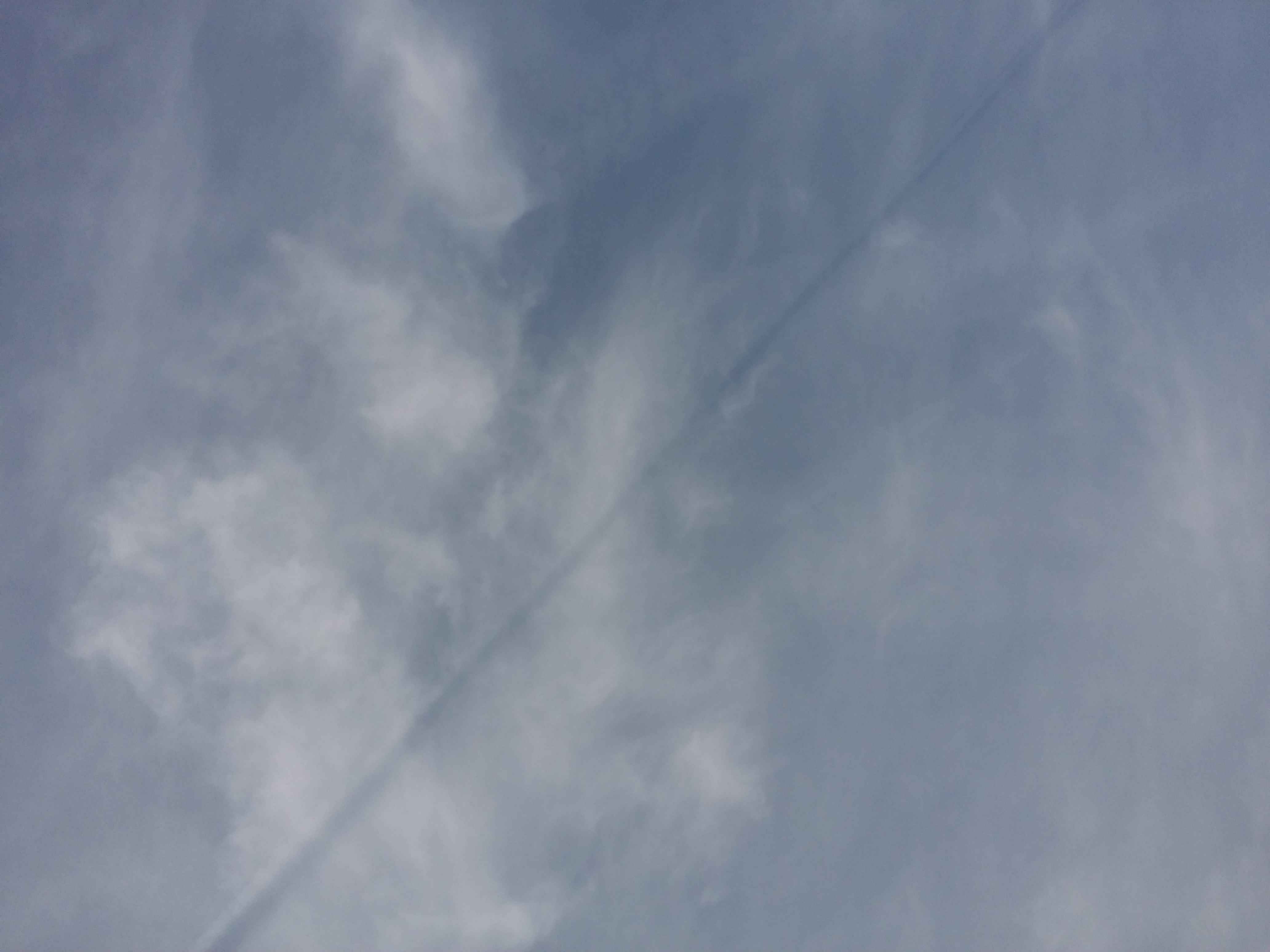 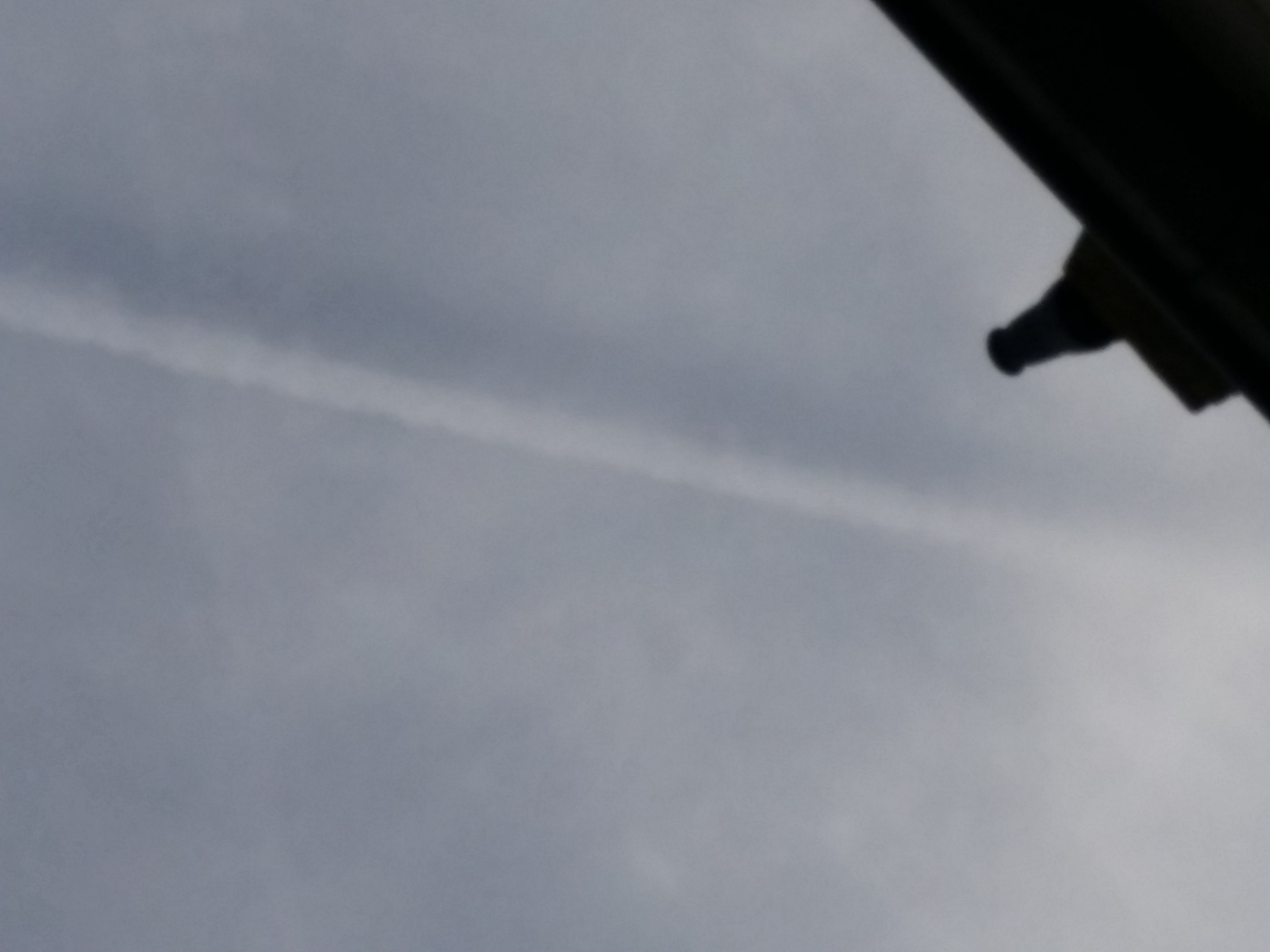 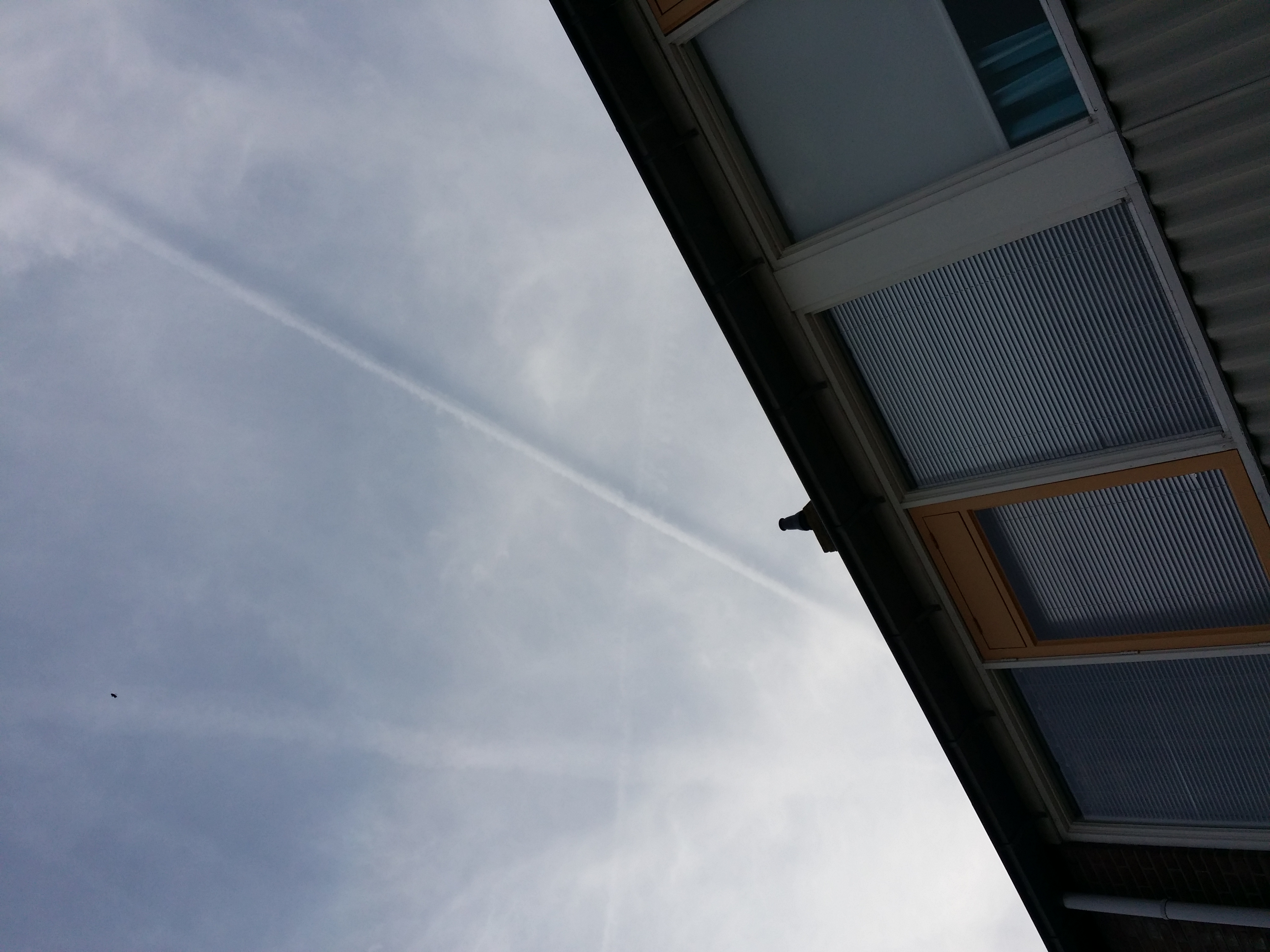 later on in the distance several black trails...

I know that they like to see us as weed and spraying round up over our heads all the time. But it looks like they tunned up the quantity of this stuff.
We should make a international Festival once a year .. Chemtrail-Day..

whatever it is just a shadow coming from a chemtrail or contrail I still have the feeling some things not right...

Here is another site that touches on them a bit more...

posted on May, 11 2015 @ 02:13 PM
link
Looks to me like a airplane with multiple recip piston engines had a problem with an engine.

It makes sense , as I thought it would be .. but I decided to write this thread after I noticed the ones who didn't matched the logical prismatic profile. .


It makes sense , as I thought it would be .. but I decided to write this thread after I noticed the ones who didn't matched the logical prismatic profile. .

Not something you see everyday, but surely interesting when you do.

And thank you for asking before calling them evidence of chemtrails. Something that doesn't happen often here.


Shadow, reflectivity gets my vote. I have seen this happen many time with low angle sun light.

I have seen a couple while driving home from work, but they seem to be few and far between for me.

posted on May, 12 2015 @ 04:43 AM
link
This is really funny because there were some glorious VERY long contrails (i like them..sue me) over London last night as well as a stunning sunset. And i was telling my wife how much they would scare the chemmies on ATS and we had a good laugh. Then i told her that their heads really explode when there is a contrail shadow
Hilarious.

A contrail shadow I photographed last night (through FR24, proving it is an ordinary Ryanair plane). Notice how the shadow appears to go straight on even though the trail bends: a trick of perspective due to the low sun angle. 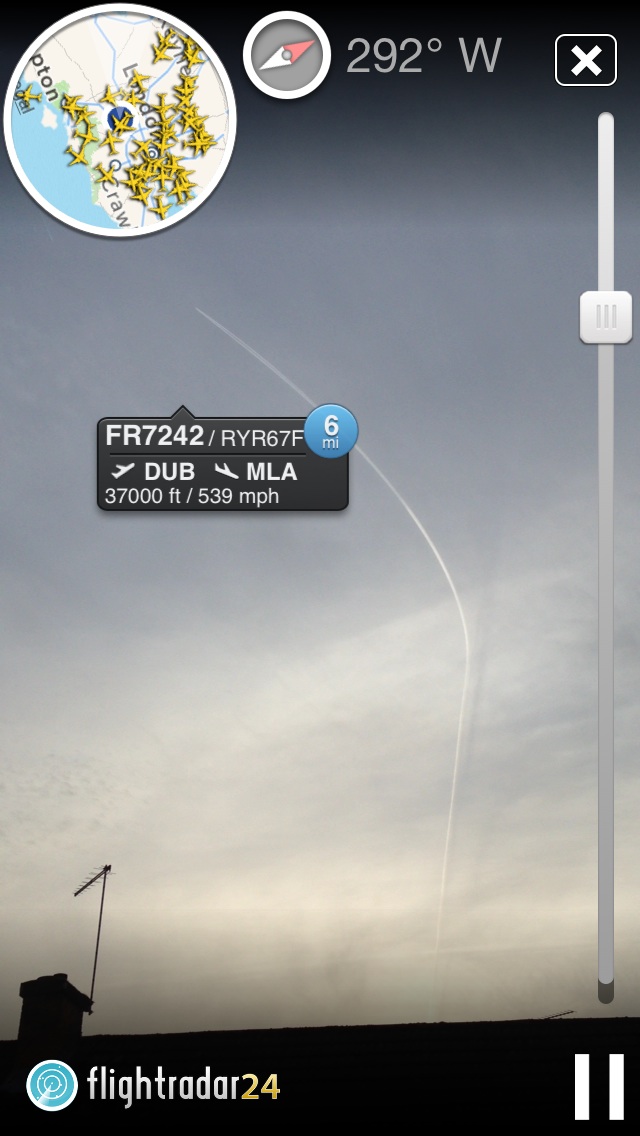 
very nice rob. And my wife approves too. She said "THAT AMAZING!"

Love how you post the plane details too. Only a real aviation fan would do that and we applaud you.

If more people would use that app, we might see fewer posts about "chemtrails"!