posted on May, 8 2015 @ 11:40 PM
link
It was pretty common knowledge that our Forefathers had no issue in the belief in Extraterrestrials, Here on Earth and throughout the Universe. Paine, Franklin, Jefferson, Winthrop and many others were very Intelligent and observant individuals, that had no time to Delve into Silliness.

In 1639, America's first UFO was sighted over the Charles River in Boston. Lights sped back and forth across the Charles River from Back Bay Fens to Charlestown. Governor John Winthrop made an entry in his journal regarding this strange event. The primary witness was described as a man of good reputation, activity and estate in Boston:

"In this year one James Everell, a sober, discreet man, and two others, saw a great light in the night at Muddy River. When it stood still, it flamed up, and was about three yards square; when it ran, it was contracted into the figure of a swine: it ran as swift as an arrow towards Charlton [Charlestown], and so up and down [for] about two or three hours. They were come down in their lighter about a mile, and, when it was over, they found themselves carried quite back against the tide to the place they came from. Divers other credible persons saw the same light, after, about the same place."Muddy River is located at Back Bay Fens, opposite Cambridge, MA, and diagonally across from Charlestown. Back Bay wasn't filled-in at that time, and a large area of open water existed in the river that was then called Broad Bay. The distance to Charlestown would have been more than two miles.

James Savage added the following footnote about the sighting in his early edition of Winthrop's Journal (1825):

"This account of an ignis fatuus [pale light over marshy ground] may easily be believed on testimony less respectable than that which was adduced. Some operation of the devil, or other power beyond the customary agents of nature, was probably imagined by the relaters and hearers of that age, and the wonder of being carried a mile against the tide became important corroboration of the imagination. Perhaps they were wafted [carry lightly], during the two or three hours' astonishment, for so moderate a distance, by the wind; but, if this suggestion be rejected, we might suppose, that the eddy [whirlpool], flowing always, in our rivers, contrary to the tide in the channel, rather than the meteor, carried their lighter back."

Being objective about the sighting, the Charles River, prior to being dammed, had great tidal flow, and would drain much of Back Bay each day, and then replenish it. Muddy River likely had a larger volume of water flowing through it in 1639, but it is unlikely that a great eddy existed near its mouth. Thus, it is unusual for witnesses to assert they were unmoved by tidal flow (in a small boat) for more than two hours.

Witnesses also stated that the lights contracted into the shape of a swine. Muddy River, the hamlet, eventually became the separate town of Brookline. Pigs and other cattle were stored there during summer while corn was growing in Boston. It is safe to deduce that the UFO witnesses had seen or heard swine on the same day they observed the great light. Thus, the lights resembled a common animal, making it probable they saw ignis fatuus mirage phenomena in the darkness.

In any case, the event was observed by divers (many) people, and noteworthy enough for the Puritan Governor to document it in his private journal.

In 1644, the first USO sighting occurred over Boston Harbor, and then a major UFO sighting took place at New Haven, CT, in 1647.


The Witnesses said the siting resembles a "Swine" , probably not realizing what they were looking at were "Landing gear" 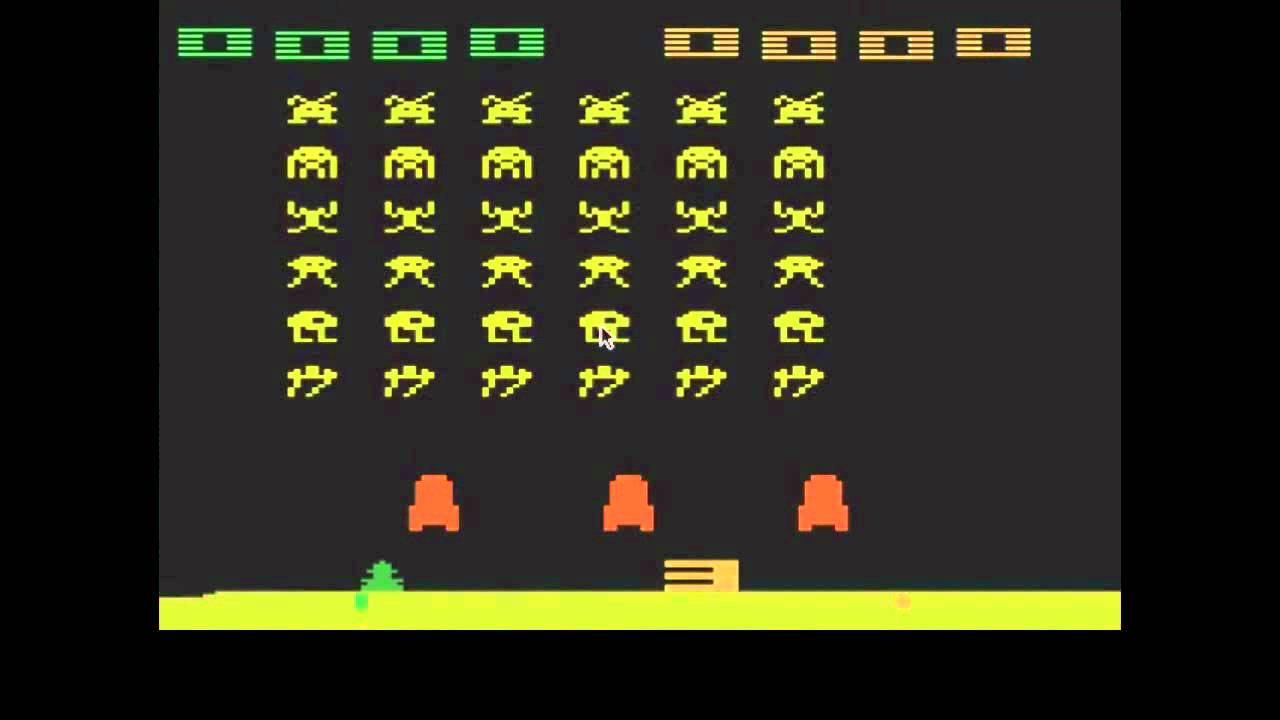 Interesting, thanks for posting.
Kind of funny to read how they spoke back then.

To me the swine description made me think that the light elongated when it took off to Charlestown and back, thus taking on the appearance of a pig viewed from the side. At least that's how I imagined it while reading.

Now I wonder how many sightings from the past few centuries, have not been heard or shared! Imagine seeing lights before electric power and lighting, within nature; dismissing it because it feels or seems crazy.

So much untold history. ..

If anyone wants to check the original source, it's here. Use Ctrl and F to search for "muddy."

It's a great little report because it reflects the same damn thing that happens today.

Someone (witness) says they saw an unusual light phenomenon and found they'd arrived in a location some distance from where they thought they should be (one mile).

Someone else (debunker) explains the report as an hysterical reaction to 'marsh gas' and that they'd simply not noticed being washed backwards because they were too busy being excitable for a couple of hours. J Allen Hynek is famous for saying 'swamp gas' when what he actually said was 'marsh gas (ignis fatuus).'

Marsh gas and meteors don't hang around for hours. Marsh gas isn't a blazing light either, it's a muted affair that isn't seen from a distance and certainly not from a mile away. We can rule out Russian rocket launches, landing lights, top secret aircraft and Chinese lanterns. It sounds like what Hynek would later call a 'Close Encounter of the First Kind.'

Charlton is a place some 30 miles away from the mouth of what used to be the Muddy River. Now obviously it's right and correct to argue that distance can't be judged for a light in the sky. However, the witnesses describe an angular size of 'three yards square (2.7m)' which suggests something quite large. It's not Venus is it? 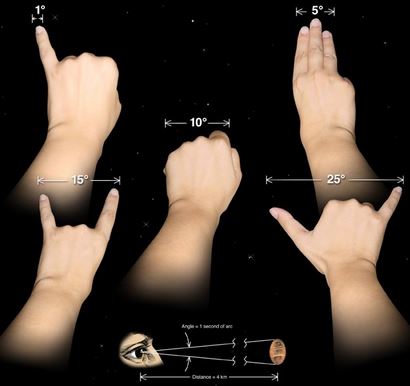 If it was, say, 25 degrees angular size at 100m away, the object would have been something like 45m 'square.' At 300m distance, it'd be near to 130m 'square.' We've no way of knowing what size it could have been without knowing the distance.

The 'two to three hours' would obviously be an estimate and allowing for some error could allow us to shave it down a little. We'd still be addressing a report that lasted a long time. Meteor sightings and marsh gas occur in minutes rather than hours.

The 'figure of a swine' makes me think more of an elliptical shape than an object with 'landing gear.' It conjures an image of the object being either circular or square in one place and then elliptical when in motion - a running pig is longer than it is tall.

Without dismissing the witnesses as hysterical, Satan-fearers what natural phenomena do we know of that appears to be '3 yards square,' bright and moves around for up to three hours? Then again, what intelligent object would zip around for a lengthy period of time? Scratches head and shrugs...

Yes, they Definitely were quite weirdly Verbose back then..Lol

Just imagine it spoken to you

posted on May, 9 2015 @ 12:54 AM
link
Well, way back then, they didn't have the helicopters/planes/dirigibles & the newer hi-tech blimps/ or R/C craft. So besides Chinese lanterns and perhaps lighted kites there doesn't seem to be many options for intelligent flight. Having grown up on the outskirts of Boston, I have heard of this a few times over my lifespan and believe that the possibility of other-worldly craft being responsible can be argued.

They were probably normal occurrences, just as we have today? Although back then if you were to speak of these things in the wrong Circles, they would burn you at the stake
edit on 9-5-2015 by SPECULUM because: Cowbell

posted on May, 9 2015 @ 01:07 AM
link
a reply to: Kandinsky
They believed they had witnessed the event for several hours, which probable wasn't the case, as they had most likely been abducted? They did make mention that they were back where they began, even though the flow of the water was in the opposite direction

Interesting. When the phenomenon altered its size and shape, the Seventeenth Century experiencers described it as "contracting," ie; growing smaller, into the shape of a "swine," or pig. Three centuries later, someone who did not experience the phenomenon assumes that the nine foot porcine manifestation had "landing gear."

Edit to add: This might be a sighting of the aurora borealis... it would be completely unfamiliar to 17th Century people due to the Maunder Minimum.
edit on 9-5-2015 by DJW001 because: (no reason given)

originally posted by: SPECULUM
a reply to: Elementalist

They were probably normal occurrences, just as we have today? Although back then if you were to speak of these things in the wrong Circles, they would burn you at the stake

Kinda like today ? only today...it's a stake of shame and ridicule

I can imagine what they might have seen, by their report. Although they had nothing to compare it to in our time..I believe they did the best they could, but they did report "all" they had witnessed

They were come down in their lighter about a mile

FYI if this doesn't make sense, a lighter is a kind of boat, I think it's a barge.

They were come down in their lighter about a mile

FYI if this doesn't make sense, a lighter is a kind of boat, I think it's a barge.


Yes, the witnesses were on a barge

I recommend you have a read of Ivan Sanderson's book Invisible Residents that tells us that there is a reference to an underwater UFO giving off strange lights witnessed by people on Columbus's ship and entered on its log.

His book is brilliantly researched and uses a lot of military and merchant shipping logs for references to this phenomena.

It could actually be one of the earliest documented animal abduction records.

The area was known for it's pigs and cattle..it's not unreasonable to imagine the light contracting into the shape of a swine actually means the witnesses saw the pig as it was being abducted (mutilation / harvesting genetic material purposes?)

Massachoochoo was settled in 1630, as a British Colony. John Winthrop was the Gov.

So we know....they wasnt 'Mericans Guv.

They were Europeans, born and bred, specifically, English/Scots/Welsh maybe a few ringin Irish, perhaps a few black slaves.
They were only 9 years in a strange land, still hostile, still fighing off the locals, who wondered WTF these white eyes were doing on our land...etc etc.
Marshes, swamps, beaches, sky, animals etc, whatever, all were different to "Back Ome".

But UFOs, in the shape of a pig in the sky for an hour? Not likely.

Yes of course they had lights in those days, whale oil etc was used in lanterns, they had candles, wood fires etc.
they werent completely dumb.

From The Phrase Finder's article on the term


"A correspondent recently drew my attention to a book by John Winthrop and wondered if it might be the origin of the expression 'pigs might fly'. Winthrop was an English Puritan explorer who settled in Massachusetts in 1630 and recounted his story in The History of New England, 1630-1649, which was transcribed from Winthrop's 17th century notes and published in 1908:

In this year one James Everell, a sober, discreet man, and two others, saw a great light in the night at Muddy River. When it stood still, it flamed up, and was about three yards square; when it ran, it was contracted into the figure of a swine: it ran as swift as an arrow towards Charlton, and so up and down about two or three hours."