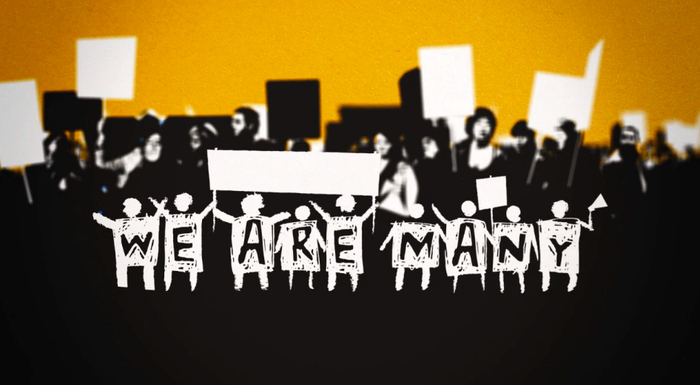 The February 15, 2003 Anti-War Protest was a coordinated day of protests across the world in which people in more than 600 cities[1] expressing opposition to the imminent Iraq War. It was part of a series of protests and political events that had begun in 2002 and continued as the war took place. Social movement researchers have described the 15 February protest as "the largest protest event in human history."[2]

Sources vary in their estimations of the number of participants involved. According to BBC News, between six and eleven million people took part in protests in up to sixty countries over the weekend of the 15th and 16th; other estimates range from eight million to thirty million.[1][3][4]

Some of the largest protests took place in Europe. The protest in Rome involved around three million people, and is listed in the 2004 Guinness Book of World Records as the largest anti-war rally in history.[5][6] Madrid hosted the second largest rally with more than 1½ million people protesting the invasion of Iraq; Mainland China was the only major region not to see any protests on that day, but small demonstrations, attended mainly by foreign students, were seen later.[7]


I was there for the protest in Los Angeles. It shut down at least three city blocks. Martin Sheen and other celebrities spoke on a stage. The streets were packed with 50000-60000 protesters. It happened right in front of the offices of at least three or four mass media agencies, the easiest story ever to report on was literally delivered to their doorstep.
When I got home I wanted to see what reporters were saying about the protest, and went from news show to news show starting at 6PM... nothing... the only mention of protest I saw came around 11PM at night. The anchorman made a brief mention of worldwide protests, and a picture was shown on the corner of the screen from the London protest. No mention was made of domestic protests. The entire report lasted about 15 seconds.
These protests would go on to be listed by the 2004 guinness book of world records as the largest anti-war rally in history. Sadly, save those who personally attended, few knew it happened.
What I learned from the experience was the level of willful neglect of journalistic integrity by the US media was no accident. They intentionally led us to war. Ratings proved more important than human lives or the well being of their nation. The level of media manipulation is best exemplified by the fact that for years after the Iraq war was started, the majority of Americans still believed that Saddam Hussein was responsible for 9/11.
This experience made me lose faith in American journalism; I applaud the filmmakers for creating this documentary for those of us who did not experience it. This story needs to be told.

What !? I am a Native of CA and surly if I had heard of such a protest I would have joined!

Does anyone else here recall such protest ?

posted on May, 8 2015 @ 08:27 PM
link
Big year for news Amy smart was found, the hiker who had to cut off his arm happened that year the whole Peterson case was blowing open so the media had way more to play with it was announced and I do remember there being protests against the war I remember the fact it happened during black history month because our teachers actually referenced it when it was happening in relation to the civil rights protest. Just never was as big as it should have been.
edit on 5310852015vAmerica/Chicago05bAmerica/Chicago by 5thNovember because: (no reason given)

And just think, there's a ton of people on this planet that don't even consider how much power the media actually has over them.

On one side, there's a feeding tube directly connected to your brain, constantly pumping the crap of the day into it.

Or, you could be made completely ignorant to something important because TPTB have deliberately deemed the story to not be in the public's interest.

originally posted by: Zcustosmorum
a reply to: Kapusta

And just think, there's a ton of people on this planet that don't even consider how much power the media actually has over them.

On one side, there's a feeding tube directly connected to your brain, constantly pumping the crap of the day into it.

Or, you could be made completely ignorant to something important because TPTB have deliberately deemed the story to not be in the public's interest.

Additionally, this is another reason why the worldwide web is so important and must be protected by everyone.

There was a major media blackout, pretty much you had to be involved with a group or be smart enough to go to independent print on either side to hear about it. This was at the height of nationalist fever and if you questioned the war you were not a patriot and hated America.

originally posted by: Kali74
a reply to: Kapusta

There was a major media blackout, pretty much you had to be involved with a group or be smart enough to go to independent print on either side to hear about it. This was at the height of nationalist fever and if you questioned the war you were not a patriot and hated America.

I fully agree with you .

It makes me sick really

The media lies and covers up the truth.You can't believe anything on the msm anymore,nor will they report anything the government doesn't want them too. Gone are the days of a water gate investigation. If you want the truth to come out at all,you have to put it out on social media now,or no one will ever see it. And you have to let friends and family know to make it go viral so more people get to see it. This is the only way the sheep will ever wake up.

Well you can't count on MSM for certain things, they do keep you informed of most current events and they don't so much lie as they do spin. People should always look deeper though. As deep as possible, from all sides.

Watch how many stars or flags you get in 3 days

posted on May, 9 2015 @ 10:03 AM
link
It must have been a peaceful protest without racial or religious divisions. If it was an outright riot with the accompanied looting, death and destruction, it might have caused a blip in the media.

It seems I remember this, but it was certainly downplayed to the max. Until the riots reach the halls of power or the neighborhoods of the rich and powerful, nothing will ever come of it. When you play by the rules they apply to us, we are kept in our place. Nothing will change until it is taken to their doorstep and those in power are dragged into the street.

The masses are many, but too domesticated and civilized to cause any real change. We're just too soft core to get any real attention. You can't build something new without tearing down the old structure first, unless you can find someplace to start out fresh, but you will still have to break ground and build the foundation to begin the new building. All that is too risky to attempt unless you either have everything to gain or nothing left to lose.
edit on 9-5-2015 by MichiganSwampBuck because: typo

There are protests going on all over the US as we speak. Yet they get no air time at all with the msm. You would think they aren't even happening. It is done on purpose to keep others from joining in and making it bigger than it already is.I was seen quite a few protests go down now and not a peep out of the msm about it.