A Race to the Bottom: Trans-Pacific Partnership and Nike in Vietnam

Nike's main manufacturing base is in Vietnam, "where more than 330,000 workers, mostly young women, toil in 67 factories making goods for Nike."

Ms Hilary Krane, chief general counsel at Nike, sent out an e-mail to some 40,000 plus workers urging them to push and lobby for the Trans Pacific Partnership.


“reduce duties on footwear and apparel among TPP countries, including Nike products manufactured in Vietnam for sale in the U.S.  For Nike, rolling back these duties will allow us to grow in new markets, reinvest in innovation, and offset costs of doing business.”

Bernie Sanders to Obama on Nike trip: Just don't do it! 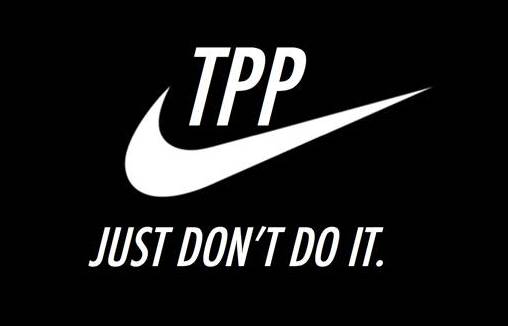 originally posted by: Biigs
Reduce duties on duties on footwear and apparel?

Reduction on duties and apparel may point to more automation. Nike has already slashed tens of thousands of jobs to automated systems.


As the 106,000 contract workerswho lost their Nike jobs in the past year can attest, apparel manufacturers have decided that it’s cheaper to invest in technology than to hire even the world’s lowest-paid workers.

The relentless move toward industrial automation is undercutting vulnerable workers around the globe.

This same area in China, Guangdong district, has recently unveiled a plant that eliminates 90% of its workers to automated systems. This district is prevelant for low wages.


The South China Morning Post recently reported that Shenzhen Evenwin Precision Technology, a manufacturing company that produces electronics, plans to replace 90% of its 1,800 employees with machines in the near future.

What would be interesting to find out is if some of the countries signing on to the TPP, especially the cheap labor countries, have plans to reduce labor with automation?

We used to. Not so much anymore. Got too expensive and ate into shareholders profits. I used to work at Brown Shoe. There were quite a few Brown Shoe factories in America. There are none now.

We used to. Not so much anymore. Got too expensive and ate into shareholders profits. I used to work at Brown Shoe. There were quite a few Brown Shoe factories in America. There are none now.

It's discouraging, factory jobs used to be the good jobs and people had money to buy things back twenty years ago. Some people still have money but the majority are working in jobs that do not pay so well anymore. There are not the amount of good paying jobs with benefits as there were in the seventies and early eighties.

Not everyone is cut out to go to college and work at technical jobs and working at a fast food restaurant and Walmart are not that good of jobs for someone with a family to be supporting their family on.

originally posted by: Biigs
Reduce duties on duties on footwear and apparel?


The workers will receive more and stronger suicide fencing. Hard for the little kids to reach the windows to jump anyway.

I don't buy them.

It is to bad that we don't have local craftsmen and artisans for all good. I made all of my children and my own clothes while they were growing up until high school cloths are easy to make. There were several women in town who would sew what you want for a decent price, less than buying expensive name brands. I know a lot of people who know what brand your cloths are when they see you and if not they ask, and frown if it is some unknown...people are so stupid nowadays they don't even know they have been programed.