The FBI’s secret air force watched the streets of Baltimore

Here's a good one. 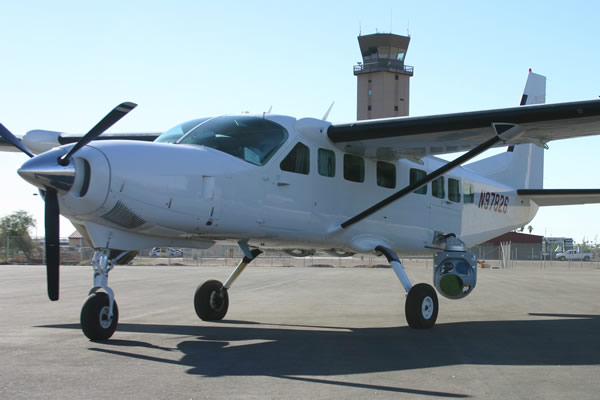 Seems the FBI was operating surveillance planes secretly over Baltimore during the riots. And only some astute observers on the ground even noticed the planes flying around.

These aircraft (or at least some of them) were part of the FBI's secret surveillance air force—small planes with sensors perfected for battlefield intelligence in Iraq and Afghanistan that have quietly seen service all over the country. The aircraft, equipped with high-definition day and night surveillance systems, gave police a way to spot curfew-breakers on the streets from the sky.

I don't see this as too much of an issue. Others may have a different take. SCotUS says you have no expectation of privacy in public. And I don't have a problem with that. Since it also allows us to tape the police in public.

However one issue here is that we don' t know if they might be using some of those stingray boxes on the planes. 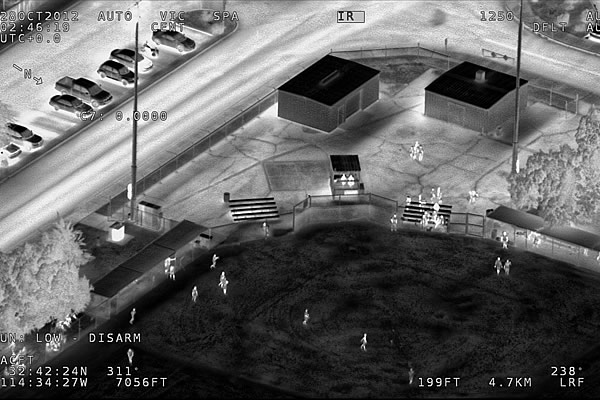 I'm surprised the rioters didn't break out the laser pointers.

It's only a "secret air force" if you're utterly clueless about surveillance techniques used for long duration surveillance.

The FBI plane landing on a golf course in the movie "Casino" was not hyperbole or a funny little bit of artistic license. Many state police agencies use light planes as well.

My god I can't help but think some people are willfully and intentionally ignorant.

Well that accounts for 90% of the population of the US.

Not everyone reads ats to know about these things ;p

Nice thread - I like the infrared pic you included. Makes me think of those recording looking down on protesters/civilians on the street in the same manner our military looks at "infidels" before shooting them up.

I believe the topic was already posted here:

I know I know. But I mean....Casino is a fantastic movie. I just assume everybody has seen it. Lol

posted on May, 7 2015 @ 12:55 PM
link
I doubt they were using anything but Stingray/Dirtbox on these planes solely to l pick up cell phone calls/texts. Helicopters are more suited for pickup up actual bodies in the area. The planes are used for phone surveillance to determine what a groups next move may be by intercepting their signal and running all calls/messages through their "tower" or Dirtbox.

Someone else posted on this yesterday I think.

The good things about these "events", are we get to see the government (police etc) slip up and let it leak which technology they are using (EMP for example in the Texas cartoon event).

That helps us prepare.


We should start by building our own technology, we will need to someday.

How did you get your hands on Such classified information???

I'm the guy who feeds the psychic his Doritos.

The flash of light you saw in the sky was not a UFO.
Swamp gas from a weather balloon was trapped in a thermal pocket and reflected the light from Venus.

originally posted by: Vasa Croe
The planes are used for phone surveillance to determine what a groups next move may be by intercepting their signal and running all calls/messages through their "tower" or Dirtbox.

This is correct, surveillance tech, tightly controlled media and perfected subterfuge techniques is likely keeping ALL of us from knowing if new activist groups are springing up. I'd argue the government today, nips such movements in the bud, sending participants to jail will-nilly, affording them no due process like activists received in the 1960's and in turn give them horrible plea bargain deals. I think people ARE indeed trying to take action, but are quickly stomped out, rounded up by LEO's and NONE of it gets to the media, including blogger and Instagram journalists.

I'll give a simple example of something I thought for sure I would see in the streets during riots, but have yet to see it happen. During Occupy, protesters from EVERY city were easily dispersed by tear gas and flash bangs.

Didn't the Occupy participants have knowledge that such tactics would be used against them? Did they not prepare to neutralize the effects, especially with some ex-military people participating and having past experience dealing with such? The rioters is Greece and Spain were not as easy to disperse, in fact they were not dispersed at all by LEO's.

So, I'm supposed to believe that most protesters in the USA, NEVER thought to prepare and have Goggles/eye-protection, shields, or safety/chemical respirators with them at all times? ALL OF THIS STUFF IS OVER THE COUNTER today, but NONE of the protesters I have seen, not since the 1990',s prepare with such equipment.

Here is another example, imagine if the UC Davis cop that started pepper spraying the student protesters, found out that they ALL had respirators and goggles. Would he have started beating them with his night stick instead out of frustration because he wouldn't be able to effectively use the pepper spray?

I would say, most likely, yes.

If you know you're going to get shot with rubber bullets and bean bag shotguns, a defensive formation like the Ancient Roman/Greek Phalanx should be Standard Operating Procedure, but nope, Millennial protestors just stand around until the SHTF and then start running in every direction, as if being shot at by LEO's was an impossibility.

So whats different about American Millenial protesters versus Europeans? My guess is anyone that could teach Americans proper tactics to counter LEO's are quickly arrested on trumped up charges and threatened to never return to help the activists again "or else". American protesters are so poorly organized that I can't imagine them EVER having an ounce of success, but at the same time I think surveillance tech, tightly controlled media and perfected subterfuge techniques are ENTIRELY responsible for said poor organization and preparation.

In my opinion officials let Ferguson burn and grow out of control for political purposes. They could have quelled that spineless crown in less than a couple of hours, if they had really wanted to. This is the "break and run" generation, they will run at the slightest tumble weed and they have NO stomach for physical confrontation. If LEO's put the hoses or dogs on them like they did on protestors in the 1960's, I don't doubt many frail, "millennial bodies", would have failed under the show of force, resulting in "instant death" for some.

The FBI said Friday it has deployed about 100 agents to the St. Louis area ahead of the decision, in case demonstrators take to the streets

Such perfected techniques are keeping ALL of us from knowing if new activist groups are springing up across America and are quickly suppressing those that may start to form up.

When the day comes for US airforce to bomb with drones US cities.

I am sure some people will think that is justifiable too.

You're all sunshines and rainbows.

try to keep the blinding optimism down please.