I was referring more of the entertainment aspect rotting the brains moral and social skills. Plus the threat of hidden signals sending messages that register only subconsciously. I mean they are already there now. This just takes it even further.

I'm more worried about something like this, where you cannot figure out what is and is not real anymore:

Honestly, this is where I see it going within 50 years.

originally posted by: Darkblade71
a reply to: DYepes

I'm more worried about something like this, where you cannot figure out what is and is not real anymore:

Honestly, this is where I see it going within 50 years.


Actually, much sooner than 50 years. I believe Ray Kurzweil mathematically calculated this level of virtual reality by the year 2025 or 2035 (somewhere within there)

I could see it coming that quick.
As fast as computing and miniaturizing technology is going,
along with all of the knowledge we are gaining just about the brain,
it certainly won't be to long.

For better or for worse, that is where this is going.
There is the potential for a lot of abuse and misuse,
however, life is like that,
everything can be abused and misused.

I embrace it, but I understand why some people won't.

Im sure someone, yuppa, somewhere... is thinking right along those lines...

Yes that is also the kind of dangers the lie with this new technology.

posted on May, 7 2015 @ 08:55 PM
link
Now if they can make some interesting games other than the first person shooters and hack and slash games.

What kind are you hoping they will make?

I want to see some flight sims.

Is it possible to get a developer kit if you are not in the industry? I have some ideas for this and the HoloLens, but I have been unable to find any releases.

Haven't looked lately but they were on ebay. i wouldn't recommend getting one unless you have a very good graphics card/gaming pc.

Why would anyone want such a rubbish looking piece of technology?

Nevermind play GTA V on it with the VorpX drivers all night until the wife told them off because she had work the next day and their antics were causing the dog to bark and keep her awake..... 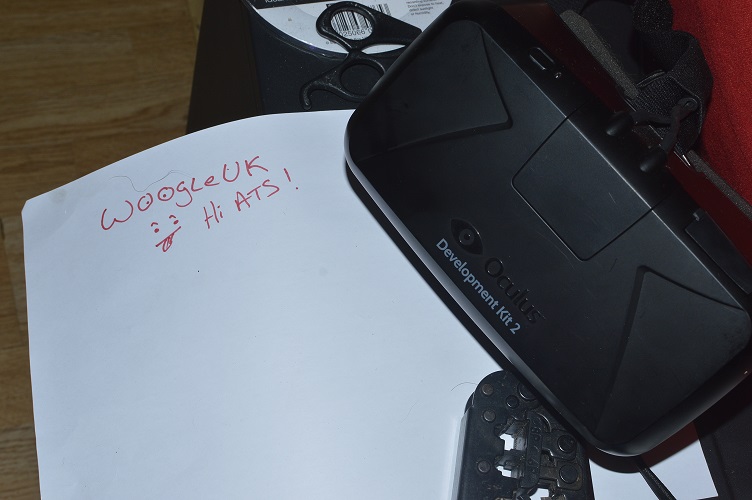 Yes, I'm not a developer, ordered it, arrived within a few days....and I'm in the UK, they must have a distribution centre here.

£300 altogether with VAT and shipping

I play War Thunder with it, it is an online combat flight sim, it's absolutely amazing.

There is lots of interesting games / demos out already that aren't FPS or "hack n slash" as you put it.

There is educational stuff as well which blows your mind.


ETA: If anyone has any questions on my experience with it, I'll answer them later, it's 6:34am and I've been up all night watching the election results....I'm going to bed!

originally posted by: Techata
i could see a potential down the road for a friend based vr chat community via avatar. Just a thought.
a reply to: snowen20


This already exists and people are already using Oculus developer kits in it: Second Life

originally posted by: Junkheap
I hope to be one of the first people in line when the Oculus Rift and the Hololens come out.

I remember when VR was supposed to be the next "big thing" back in the 90's, but the technology wasn't quite ready for it yet.

With the Hololens, I want a Stellarium type app that I can pin to my ceiling.

Have you checked out Space Engine?

I may buy an Oculus just for Space Engine!

I'll have to give that a try, thanks for the info

Further developments are taking place to beam light directly into the user's eyes to produce the images which eliminates many of the issues surround frame rates and nausea associated with VR. It also has far greater impact for use in the world of business which will give it a great advantage as the two technologies require very similar components.

Microsoft is working hard on this as you can see here;
HoloLens: Still magical, but with the ugly taint of reality
arstechnica.com...

Live demo starts around 8:00 in the video.


castAR
Developed by a former Vavle employee and funded with a kickstarter.
castar.com...


And the MagicLeap which beams light directly into the eye
ultraculture.org...


VR will have its time in the spotlight, but without some major PR push to enforce the benefits of being so isolated physically with only virtual connections it will have to make way for technology which supports greater versatility.

posted on May, 9 2015 @ 01:53 PM
link
a reply to: FriedBabelBroccoli
it depends. VR and augmented reality (AR) are two sides of the same coin. The Oculus Rift just does one side. The Hololens claims to do both, but many are saying it's not there yet and that the Oculus rift is closer.

It's all a matter of the technology becoming available.

I think if the Oculus Rift is the first to get into gaming then it'll be more popular. The hololens, if it succeeds, might have to do something else. The Oculus, having a head start, as well as more users....

I agree AR is far more tantalizing. Imagine if in the future there're fewer screens? More things beamed onto our eyes or eye implants?
edit on 9-5-2015 by jonnywhite because: (no reason given)