Above Top Secret, Timothy Good,Your Opinions and Why you believe what you do.

posted on May, 6 2015 @ 10:12 AM
link
I was watching this youtube video with Timothy Good aka the author of Above Top Secret, out of interest.

And i thought, If all belief systems are just that, personal beliefs, what does it mean for humanity? Are we actually here, or are we ghosts reliving something that has since died trapped in the residue of what once was? Like the movie 'The Martian Chronicles'.

The Martian Chronicles is a 1950 science fiction short story collection by Ray Bradbury that chronicles the colonization of Mars by humans, and one of my personal favorite movies from days gone by.


The Reality in which we live, is it a dream world as the ancients called it, are the Egregore creating this illusion in order to subliminally trap us into believing this is who and what we are? Why aren't more people questioning what they've been told? George Carlin was aware, when he said this:


Should human beings really be basing their identity on what they've been told to believe, or going with their intuition, of course unbiased by religion and belief systems. Can anyone think on their own anymore with the influence of what they've been led by? Or maybe .. just maybe, the truth comes to us in pieces, slowly so we can absorb it better, is all of this is a lie, or simply an easier way for humans to be able to handle truth in baby steps as not to go insane in the process? I want to know what you think, not from what you've been told but from your heart. You know that red pumping muscle inside your chest that also contain brain cells?

So my question is, what are humans here for, and why do humans tend to believe what they've been told rather than look into that inner place deep within calling them back to the truth of who they are? Convenience? Popularity? Fear? I tend to believe the latter is the most valid.

The Gnostics were closer to Truth than we are now with our 20 billion religions which serve no purpose other than trying to obtain some kind of answer as to why we're here, however if humanity are curious enough and begin to question everything enough, and they are beginning to do so, humanity will find what they are looking for. And this place isn't it, imho. 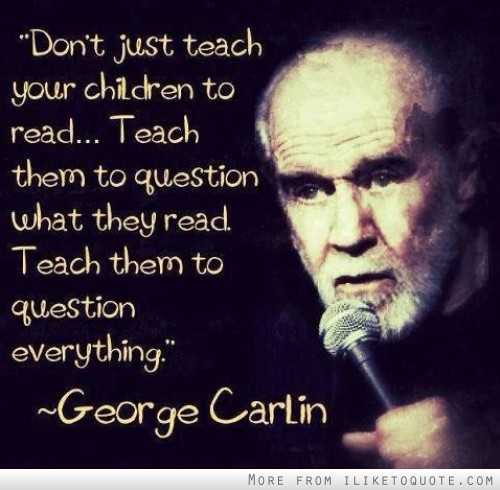 Of Course, it is your Human right to do so. Of course, that took you more energy to type that in than to type nothing at all. So why did you reply and waste valuable energy on something that you care nothing for?
edit on 5/6/2015 by awareness10 because: (no reason given)

I should be what?

I don't always jump into this forum.. unless it might expose a new generation aircraft.
But if you don't care. Why bother. Why be somewhat insulting?

Totally confused by the DPrice post which I choose to ignore.. and now choose to go with the thread as ..

I watched M Chronicles as a kid and it was a total head fook for me then and this isn't much easier .. Forgive me for seeming dim but is there a suggestion here of saying that were here ,BUT , NOT here?? and that were really off somewhere else ? Could we all exist in many alternate realities ? or am I missing the point?

Hope the other me/me's are having a better time of it than this me , im wanting a refund at the end of this me I tell ya!

edit on 6515 by completenuttergit because: poor grammar

posted on May, 6 2015 @ 04:32 PM
link
Any method of questioning what is, and thinking out of the box is very good. Are we kept in a past event, or do we re-enter it? Each moment in non linear time, when its infinitely all at once, is akin to an infinite photo, so earth history, or our solar systems history is akin to an old dvd on the shelf, its occurring, possibly re-runs even, and finished all at the same time. So what are we in?

And is there a way out of here?

Your main question is why do human beings believe so much BS and become attached to it, whether its stern facts or a lucid fantasy. Its just the nature of things, like the laymen example of ancients believing Gods were the causes of natural catastrophes, but such things are just a byproduct of communication within local groups where it would of been easy for them to think how could they be wrong. In those times, there were only stick and stones, to swords, while the quil had no say till gun came out.

Simply its all they know or could know, nvm if they tried.

And I think the most important part of asking questions is that are those questions the right questions? You could ask your self why is the sky blue, like how certain philosophers would question why would God allow evil to roam the Earth without being punished in hell type of questions.

Also, their could be no real reason or purpose to our existence at all, where the science facto is that we are just by products of accidents that have happened, to where quantum physics could point out that every things in order, and predictable in that respect.

"Whoever undertakes to set himself up as a judge of Truth and Knowledge is shipwrecked by the laughter of the gods."
Einstein
edit on 6-5-2015 by Specimen because: (no reason given)

You want the truth really ? why?

Thank you for this thread, I bookmarked it.

Yes indeed there most definately is

That's exactly it, Ghosts! We are all ghosts and all of this is the residue of a dream that has since gone.

Thankyou for replying i enjoyed your response!

lol Yes totally yes!! In all honesty i believe it's all going to vanish anyways. I had a dream some time ago, i have many many strange ones. Anyways, in this i was standing on top of an emerald book, or Akashic records im assuming thats what it was. There were were twelve pages, and on each page was a copy of myself however, each copy slightly different from me. I was the last, and i stood on top of the book itself. I somehow knew that i was the last and this was the end of the book to which i would then awaken.
I can only hope, honestly this planet is a head trip.

originally posted by: awareness10
a reply to: completenuttergit
And btw i watched the M Chronicles as a child as well and loved it. I really miss those eye opening cult classics. Today's movies just don't compare to back then at all.

posted on May, 13 2015 @ 07:29 PM
link
Or, there are twelve dimensions contained within our existence and we are the literal conglomeration of all of them? Dreams are truly fascinating, we have no tangible proof or evidence of their existence and yet, it is generally accepted they do "exist " and yet, it is estimated as many as 10% of people never actually ever have one. Which came first, our ability to imagine or our ability to dream? In that sense, there is a rational philosophical case for us indeed, being the product of a dream.

Well, whatever this place is, i'm sure it will end upon death, and the chains will be broken, we can only hope.