Tying together Jade Helm and ISIS.

As far as I can tell the only change has been Colorado dropping out. No new states added that I can find and I'm trying but blogs only show that new map that includes Florida Mississippi and Alabama.

See...That's just it. The official USA.Gov site still has Colorado listed as a participating state. The site hasn't been updated.

I'm just trying to get to the bottom of this. I'm not an Alex Jones follower and, yes, there needs to be more credible sites reporting the addition of these states.

originally posted by: rockpaperhammock
a reply to: Vasa Croe

Armed civilians without training is basically just civilians though...not to say none of them are trained but id wager a good hand full wouldn't even get involved out of being afraid and another hand full wouldn't be competent enough. And if they have automatic weapons or things like that it could be better to not get involved anyway. I'm a bit nervous of this becoming the next shooting fad....like the school shootings...now we'd have shooters who just wear an isis t shirt or some # to feel like they are part of something.

I think you'd be surprised at how many would shoot back and how many have been trained. It has been proven time and again. Another poster, Answer, put a thread up a few days ago on all the carrying citizens that have done just that. Typically, weapons permit holders that carry daily are not in fear and are typically of the "fight", not "flight, mentality. They are often well versed in handling a firearm and would likely use it should they be attacked or see someone else being attacked.

posted on May, 6 2015 @ 09:07 AM
link
If anything, I am sure that we will get some great cell phone video of the next terror attack on US soil. I think people will look up from their phones for a minute, take a video, post it to Facebook and go back to the head down mentality.

Jade could very well be a way to put assets in place on US soil not to attack the US but defend it. Remember, a few well placed suicide bombings at an elementary school or a Wal Mart or a high school sporting event and we have some ground to restrict what we as citizens can do. Actions that will want people to not leave their homes. At that point there is no need for martial law. The populous is controlled by fear created by a foreign entity and TPTB can do as they please.

Could it simply be a way to see who the public will react to the first 'war' on US soil in over 100 years?

I agree...if they are trained they will do fine...but ive even taught marksmanship to people who have been around guns for years...and the second I added a combat factor it was amazing how poorly they did. I've seen trained snipers sit a couple hundred meters out laying in the prone picking off targets all day...put in a moving target or stick them in an uncomfortable position and all of a sudden they couldn't hit #. Once that heart starts racing or exhaustion sets in its such a different world.

You know using sims weapons is a great tool ...if anyone doesnt know what that is its like a realistic version of paintball. What I found was I was mostly shot in my left arm and hand more than anywhere else. So I started training with only my right hand...reloading, holstering etc for the day I do get shot there in real life. I shoot with a bladed stance which allows my left arm to be more exposed. It is little things like that that i think are missing from the general population.
edit on 6-5-2015 by rockpaperhammock because: (no reason given)

The article is from March which is why it has Colorado listed. A search gives article after article about Texas governor George Abbott's call of the Texas guard to oversee jade helm operations in Texas. Alex Jones and Chuck Norris share the bandwidth of misinformation.

Here is a pretty picture as per the public announcements from the Military and ISIS regarding Jades Helm 15 states ISIS is going to hit.

So far, both have coincidently, kept clear of each other and both plan on ship over the next few months.

ISIS has 10 remaining states yet to announce on its list, it is my guess that they will not be any of the 7 states where the Jade Helm 15 peacetime military exercises are gonna happen........ 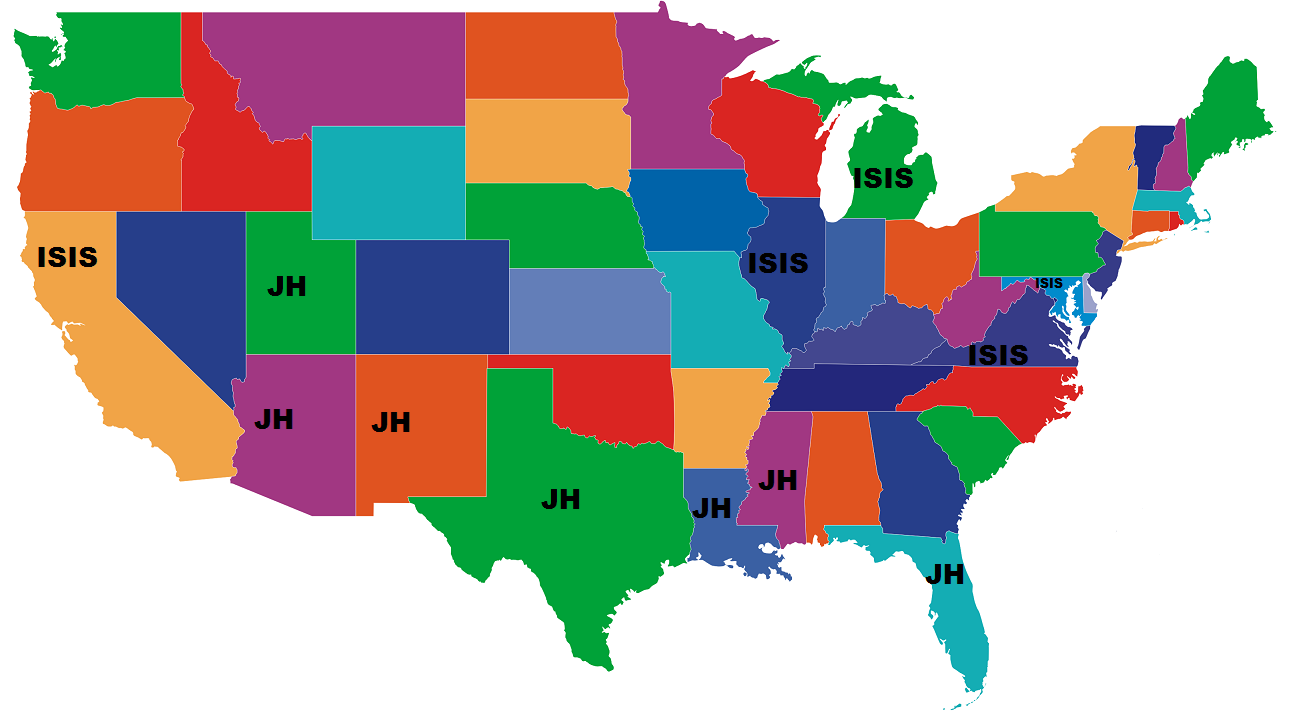 Here is a pretty picture as per the public announcements from the Military and ISIS regarding Jades Helm 15 states ISIS is going to hit.

So far, both have coincidently, kept clear of each other and both plan on ship over the next few months.

ISIS has 10 remaining states yet to announce on its list, it is my guess that they will not be any of the 7 states where the Jade Helm 15 peacetime military exercises are gonna happen........


I've been reading the ISIS thread and was just about to ask you to post the map here.
edit on 6-5-2015 by texasgirl because: (no reason given)

The article is from March which is why it has Colorado listed. A search gives article after article about Texas governor George Abbott's call of the Texas guard to oversee jade helm operations in Texas. Alex Jones and Chuck Norris share the bandwidth of misinformation.


Yes, I was reiterating my point that the website information was outdated so it wouldn't necessarily show if more states had been added.

Something stinks about all of this. I think ISIS have announced the 5 states which aren't obvious. The states with JH running, in my opinion, have been infiltrated by ISIS long ago, I mean, you don't even need to mention Texas - that's obvious.

We'll just have to wait and see.

I thought that this was the correct map...it is taking place on the WESTERN States...


originally posted by: Vasa Croe
I think they are going to have a hard time with only 72 attackers in 15 states, especially the gun friendly ones. I doubt they have come up against as many armed civilians willing to shoot back in most of there incursions. Unless it is some kind of cowardly suicide attack that nobody could recognize until too late, they would likely encounter those that will shoot back.

I have a feeling there's going to be a co-ordinated suicide bombing. That's the biggest fear.

Imagine, being in an Elevator in a skyscraper... Kaboom

You can be sure, stairs would become more popular.


Now, since the war is brought to Americas backyard, will all those soldiers in other lands be brought home to "defend"?

That is what a "peaceful" army should be doing, defending, not attacking in other lands.


That is what real "patriots" do no? DEFEND Their country? Not attack others.

The internet is chock full of information on this . Most of it is wrong. Bloggers who want to make more of it than it is. Alex Jones is top of the list. The fear mongering moron that he is.
The USA.gov web site has all the official information and its right from the horses mouth. 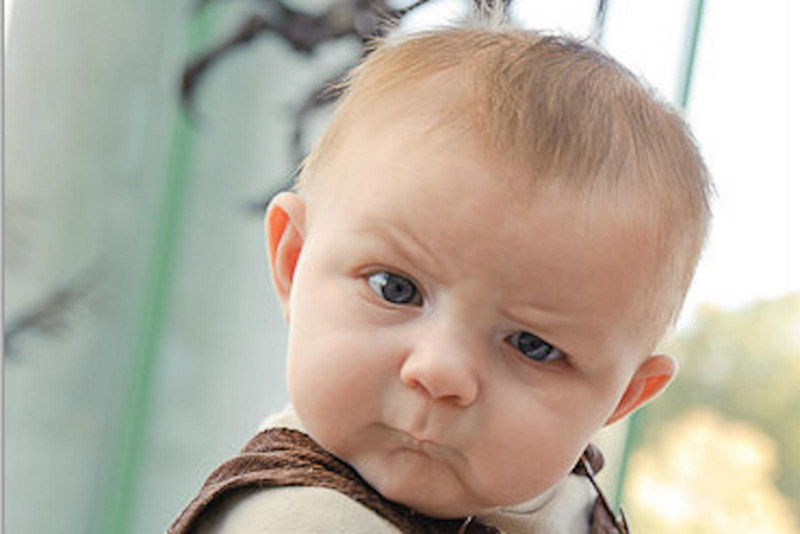 I heard on the radio that someone in power within the DOD or some government agency (sorry can't remember exactly who) said that "Jade Helm 15 is NOT about Marshall Law...We are not trying to take over or institute Marshall Law in any way shape or form".....I remember the guy saying it clearly because when they come out and say words like this.....RUN!!!!!

When they keep quiet and don't say anything, normally it is just training.....But when they say it isn't about what we "nutters" are talking about on the interwebs, then it is time to worry!

Good job connecting the dots OP ......I think this is going to be bigger than what they are leading us onto currently!

Yeah that's me. Go ahead you know you want to. I've been here A Long Long time take your best shot.
Just remember whats good for the goose is good for the gander.
If you're taking cues from infowars be prepared to shoulder that.

And I wasn't taking shots at you, I was just curious as to your seemingly insider information, after all, you seem to be quite certain that JH is "just a military training operation". Where did you get this info from? Big ol' uncle Sam?

Confused as to why you're giving me beef about this anyway? Is it wrong to be suspicious of suspicious activity? If so, then I'll go right back to being a good little sheep accepting everything that's fed to me.
edit on 6-5-2015 by socketdude because: (no reason given)

Oh. I'm going with no news is no news. The thing about Colorado was from a trusted source. Either Boston globe or NY Times. But that could be wrong too. The USA.gov site is busy responding to Texas' overreaction.

Yeah my insider I found it on the internet information. It's really a matter of how you focus your search trust me. I guess we'll see come Sept 15 when the soldiers pick up their toys and go home.

I have to agree with this.

I think Jade Helm is a covert operation attempting to thwart a co-ordinated suicide attack in the locations I mentioned in the OP. I think the US have intelligence which relates to the announcement that ISIS have operatives in 15 US states, and are acting on it.

Jade Helm is just a code name for this. I mean, a wide scale operation by US military on their own soil, in this scale, has never been seen before.

They have to be able to give a reason to the public for the massive military presence, so there's no outcry, fear, panic, disorder. "A military training operation" is the perfect guise. When in fact, these operatives are there to neutralise the threat, or at least try to maintain order when all hell breaks loose.

Yeah my insider I found it on the internet information. It's really a matter of how you focus your search trust me. I guess we'll see come Sept 15 when the soldiers pick up their toys and go home.

Yep, if on Sept 15, nothings happened well - great! -- But I'm asking everyone to be prepared; just in case.

It's not about martial law. They're not lying. It's about training of elite forces . The green beret, the navy seals, other ninja turtle types. If these guys do their job right no one will even know they're there.