No I wouldn't dream of it yet. As I've said The western media has stuck to one version of events. At this time the Russian media has announced many different theories. They seem to be trying to turn the tide of public opinion through preponderance of speculation instead of evidence. My first post was meant to point this out .


Like I've said I'm done looking into this. I will wait until both offical versions are known then I will look at each position again.

The Western media have flip/flopped between Russians and Separatists, possible launch sites, claiming they have satellite photo`s/radar images and saying they knew for sure who did it back to they weren`t sure many times.

Jane`s revoked the article (probably because they lied in it)...the chief investigator has admitted they don`t have a case.


Didn't see anything where "the chief investigator has admitted they don't have a case" but I did see they still had this article up...

I'll agree they have done some minor flip-flopping over where the buk was placed. Only the Russian media has completely changed the scenarios of how it was downed though. Now are they saying it was shot down by a buk or was it downed by a Ukrainian fighter?
edit on 5-5-2015 by Greathouse because: (no reason given)

They're saying a BUK but that it couldn't be Russian because of the angle from online pictures. In other words backtracking on all their other claims and using proven facts (BUK) to suggest another theory absolving them. Laughable really. I don't even know why I posted in this predictable thread.

Correct me if I'm wrong but that was basically the Russian media's first claim wasn't it? Lol


I guess They will have to go back and repost deleted material. Can you imagine what their internal archives on the subject actually look like?

Here you have one of the latests articles on it (Google Translate) :

They're saying a BUK but that it couldn't be Russian because of the angle from online pictures. In other words backtracking on all their other claims and using proven facts (BUK) to suggest another theory absolving them. Laughable really. I don't even know why I posted in this predictable thread.

...and you can explain how a BUK missile, which explode to the sides, can damage the wings/engine/tail section when it comes head on ?
edit on 5 5 2015 by BornAgainAlien because: (no reason given)

originally posted by: Greathouse
a reply to: BornAgainAlien

I'm just trying to keep the Russian story straight. So now they're saying that it was not a Ukrainian S 25 missile or strafing that took it down? After all it is hard to keep all of their "proof" straight.

The Russians lie and when they are caught they back peddle and change narratives.. I am trying to figure out why they call these Russians experts. They had plenty of experts talking about the SU25 shooting it down.. Lets not forget the Russian experts who claimed the green men without insignia were not Russian soldiers, until Russian experts admitted they were Russian soldiers.

It was a BUK.
It was fired from inside rebel controlled territory.
Just like Nuland and how they love to trot her out we have audio evidence of the rebels talking to each other via the phone taking credit for shooting it down.
We have the Russian media pictures showing the rebels with BUK's.
We have the rebels claiming the shoot down on their twitter.

With all the money Russia puts into their propaganda media machine you think they could employ people to track their lies so they don't contradict themselves every other week.

I am sure there is a reason they are now coming to this talking point. By acknowledging it was shot down it allows them to once again blame Ukraine. It also now gives them, in their warped world, justification for the new offensives they are launching in Ukraine.

As for Domestic Russian affairs -
Either the Russian propaganda media is that good or the Russian people are that stupid to believe it.

yeah if it explodes directly below at close proximity and continues through the tail all effects would continue upward and outward... but that would be speculation on my part wouldn't it. Damn close I bet.

Here you have one of the latests articles on it (Google Translate) :

Nothing in this link you provided says what you claim..

Prosecutor Hester van Bruggen, who was involved in the first few months in the investigation of MH17, aptly explained how difficult it is to investigate all Expedient, the magazine of the Public Prosecutor.

'' How do you verify now that movies circulating on the Internet and are associated with the crash, even real? We must examine whether those images are not manipulated and whether they actually created on July 17, 2014. We also have to prove that the wire tapped telephone conversations that are authentic are on the Internet and that there is not tampered with. That kind of research takes time. "

please point out where he is stating they don't have a case.

secondly, why do you continually misrepresent media articles? Its becoming as bad as the Russian media.

One thing I have found about your posts. Is you are one of the few people around here that can understand the full implications of a brief statement. I have the habit of posting brief statements, that I assume critical thinkers will naturally understand. It is bothersome to me when I need to explain everything item by item . Call me wrong but I like to assume I am speaking with intelligent people when I post and give them the benefit of the doubt.

Whether we are arguing pros or cons of an issue, you are one perceptive person and I appreciate that.


You should not have wasted that on a post my friend that would've made an excellent rant thread!!!!
edit on 5-5-2015 by Greathouse because: (no reason given)

They don`t have a case, because they have no proof about if the pictures and audio are authenticate and have been taken on the 17th of July, and they also don`t have a case about who gave the order and pushed the button...

If you actually looked at the pictures, you see clearly on the roof of the cockpit damage going from the outside to the inside, so the explosion took place above the plane.
edit on 5 5 2015 by BornAgainAlien because: (no reason given)

They don`t have a case, because they have no proof about if the pictures and audio are authenticate and have been taken on the 17th of July, and they also don`t have a case about who gave the order and pushed the button...

No I don't study law. I don't work for the judicial branch of government and the number of times you and I have butted heads now you should know this. Unless you were demonstrating how Russian media will manipulate something to their perceived advantage.

Secondly I was not aware you had access to all investigative materials.

Lets use your logic for a moment...
If they don't have a case, then neither do the Russians considering they see the exact same evidence we see..

Why did you tell about a half year ago you did when we were discussing about the non disclosure agreement ?

Trying to give yourself more merit to what you write ?

And why feel the need to all of sudden defend yourself about not being a government employee while I was only referring to your earlier made comments about you having knowledge about the juridical part of it all ?
edit on 5 5 2015 by BornAgainAlien because: (no reason given)

Again correct me if I'm wrong. What aren't those the exact same holes that were at one time shown to be proof of Ukrainian fighter strafing the aircraft?

They were qeustion marks as where the explosion took place, I have posted a Dutch video from late October where they were to be seen earlier.

I will give you a star for at least following it and not reacting without a certain degree of knowledge about the subject at hand.

posted on May, 5 2015 @ 09:48 PM
link
a reply to: BornAgainAlien
I never claimed I studied law and you know full well im in law enforcement so stop trying to deflect from the fact you were asked a question you don't want to answer because it would mean admitting Russia is lying. Stop derailing the thread with your typical tactics and engage the topic you posted .

If the west has no case then neither do the Russians. Unless they have evidence they themselves are refusing to turn over.


point out where the chief investigator stated they have no case.
edit on 5-5-2015 by Xcathdra because: (no reason given)

Well thank you, I would give you a star but I'm reasonably sure you already have one. 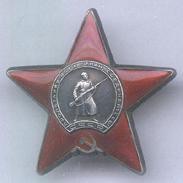