Russians must have loved the movie "Stealth"

posted on May, 3 2015 @ 10:28 AM
link
Here is the latest Russian concept jet as seen in a promo style segment on TV Zvezda. It is for a 6th generation aircraft that (seams to me anyway) resembles a mash-up between the stealth jets from the movie "Stealth" and Lockheed's 6th gen concept.
In the video, it shows it having swing wings for possible hypersonic speed ability and a laser on board to hit targets, much like what is planned and in development for US jets.

P.S. If anyone is able to do some translating of the video, it would be much appreciated:

That jet is about as real as that video the other day about their new super tank.
I think they have been watching too many of Iran's BS PR vids about their new, jets, drones, and patrol boats.

Russia is still 15-20 years behind the US with regards to stealth technology and the associated production/metallurgy processes involved with producing such an aircraft. To be fair so is the rest of the world. I don't see them producing any serious contenders any time soon.

. LM and Hollywood should be proud they are inspiring Russians (not even born) engineers. Maybe by the time they get there various industrial skills up the people will have been born to build these pie in the sky dreams.....

i dont under estimate the Russians AT ALL and mean zero dis respect but they need a reality check. they should stick to missiles

The F-22 has already pushed the human flight envelope to its absolute limit.

The plane can kill its pilot before it even reaches it's limits.

Anything beyond its abuties will be either computer or remote controlled.

That Russian plane is idiocy incarnate.

The F-16 had that ability in the 70s. A number of Viper pilots have died due to GLOC.

That jet is about as real as that video the other day about their new super tank.
I think they have been watching too many of Iran's BS PR vids about their new, jets, drones, and patrol boats.

is it just me or everyone wonders why Iran which is the only secure country in ME , has the strongest Army in the region as well ? well , people here in the region ask that question .

BS huh ? Does sending satellites to space sound like BS to you ?

See you in 2016 when Qaher's prototype is unveiled .

i don't think anyone is trying to be disrespectful, and I'm sure allot of people here have respect for Iran there are ALLOT of very smart and resourceful in Iran look what they have been able to do with crushing sanctions on them for decades. Now that it seems like they are going to be lifted i think the people of Iran will not disappoint.

originally posted by: penroc3
a reply to: haman10

i don't think anyone is trying to be disrespectful, and I'm sure allot of people here have respect for Iran there are ALLOT of very smart and resourceful in Iran look what they have been able to do with crushing sanctions on them for decades. Now that it seems like they are going to be lifted i think the people of Iran will not disappoint.


Tnx , but since unveiling of Qaher's mock-up everyone has mocked Iranian industries ignoring all the "real" stuff that we have unveiled and the fact that Qaher's mock-up was not so worse than that of T-50's or F-22's .

It's true that we're behind US in tech in all aspects . no one can deny that . no one can even argue with that logic .

but these "toys" that we're unveiling have managed to keep us safe . thats enough for us and we want nothing more than that TBH .

here is a prototype of "Shafagh" . Iran's trainer for 5th gen. fighters : 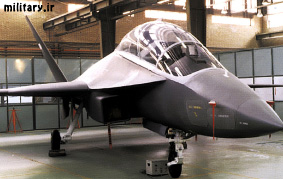 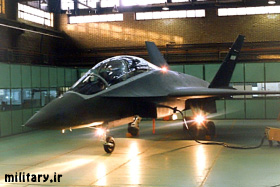 posted on May, 3 2015 @ 01:09 PM
link
Ok, if I'm wrong in thinking it was Iran, please let me know, but I recall an unveiling of a new 'Stealth Jet' with a bunch of pomp and hooey. And it turns out it was a model of the concept jet. And not even full-scale. If the mockup has been flight capable, the pilot would have had to be under 4'2".
Now, I understand the value of PR, and Iran is generally pretty good at it. But unveiling something like that, and trying to give the impression that it's service-ready when it was very easily proved to be bogus, seems just generally stupid to me.
But, yes, Iran is certainly the regional superpower. And I'm sure that's the main reason that is has enjoyed stability while it's neighbors have been circling the drain. But very little, if any, of its advanced military technology is home grown. It has purchased most of it from Russia. And while it may have made modifications and improvements here and there, it is not technologically current with the big international players.

I think people from America (I'm proud and just as happy a mother would be with there new born first child!) Iran sadly has to curb there ambitions to advancement of there civilization and help the world join in the destiny us humans are meant to have.

I love every human until they do something to me directly. Imagine if the WHOLE planet would work together to get to the stars, it makes me all anxious thinking about the tiny piece (D.N.A) of me that gets to meet my best buddy Gilziack at Titan for a Titan ice slushy(assuming its water and not some hydrocarbon).

you have to excuse rampant Nationalism. I LOOOOOOVE the United States Of America and have fought for it and would do so again if they called me to do so with out any hesitation.

sorry for the rant but i really love America and RESPECT anyone(you) who loves there homeland and isn't afraid to tell everyone, thats integrity my friend.

posted on May, 4 2015 @ 03:50 AM
link
One thing my Martial Art teacher told me is Respect is earned,not given..We have to think further than countries against each other and look forward to furthering tech for all..Ok Hippy mode off...If Iran put the work into it with the right frame of mind with the right designers and technicians anything is possible but until they do the hard yards like China and India all they are doing is blowing smoke.

I always found that its best to treat people how you find them. As to respect, that's something that is gained over time as long as the situation between both individuals remains conducive to both. End of the day however respect for another is the same as trust meaning you are essentially giving them a finite period of time to let you down.

The reason Iran, Russia or any other nation for that matter will be unable to produce such an aircraft for quite some time lies with the fact that the US managed to keep there stealth technology secret for nearly 20 years while refining there production techniques and improving the technology at the same time. This gave them an unprecedented lead and the upper hand so to speak.
edit on 4-5-2015 by andy06shake because: (no reason given)

originally posted by: haman10
See you in 2016 when Qaher's prototype is unveiled . 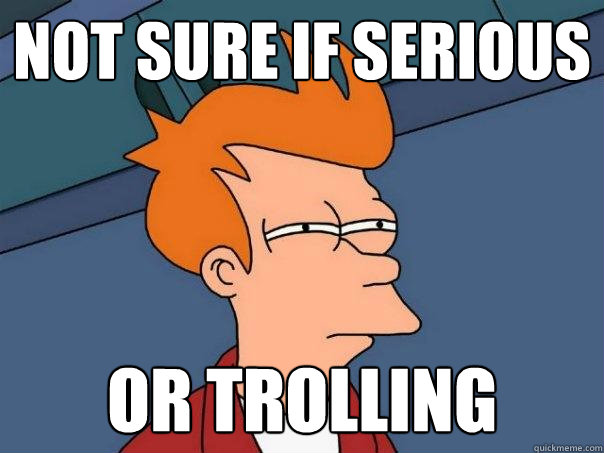 lol. at least it looks pretty. funny as you meme is i think credit is due to the Iranian military. Nothing wrong with High ambition and goals

But then again look how much smack AMERICANS talk about the F-35. i wonder what people would have said about it before it came out.

don't sell Iran short, and i bet Russia is more then willing to help them figure out advanced metallurgy and composite manufacturing to help Iran remain a nice buffer for Russia. And i bet the learned allot of the the RQ-170 even if it had allot of off the self parts I'm sure Iran picked up a few tricks.

You'll be FINE.
NONE of us..outside of the government WANT to invade Iran.
YOU will not get a nuke as a weapon and we'll eventiually fight you if you try.
OTHER than that, Nice planes,I wonder why there aren't Iranian CARS made though.
Advanced desaliniztion systems in place to create more drinkable water.
I KNOW why our idiots wouldn't do it, I just wondered why they haven't made large capacity systems.