Geraldo is so disconnected from the audience around him he makes me want to smack him in his face. The way he smiles and ignores the important issue the young man is addressing riles me up, I give credit to the young man for not getting violent or abusive. No doubt Fox news, or any other major news channel will not show this. The media are not there to report on the death of Freddy or the abuse of Police power, they're there to show the country black riots.

The man addressing Geraldo was not talking he was yelling and pointing his finger in Geraldo's face. It just might be that Geraldo was having flashbacks from when he was defending African-Americans and fighting White supremacist.

Oh BS, Geraldo is a bottom feeder who thought he had a ghetto pass, that young man is right Geraldo is just there to further his second rate Jerry Springer career.

He already tried that with the Geraldo Rivera show.

I am not trying to defend Geraldo. I only tried to remind people of his history. Watch the video closely Geraldo is a ex boxer and he fought the supremacist until somebody threw a chair at him and broke his nose. Lol

posted on Apr, 30 2015 @ 02:34 AM
link
LOL - Our man wants to talk about the serious issues in Baltimore but demands they turn the cameras off.
Why bother talking to the media then? D-bag 1st class.

Hmmmm Can I ask You a question guys? I have watched CNN just seconds ago, and I saw people in crowd with a banner: "BLACK POWER"....

Hit me if I am wrong, but "WHITE POWER" is soooo racism.

originally posted by: abe froman
a reply to: Greathouse

Oh BS, Geraldo is a bottom feeder who thought he had a ghetto pass, that young man is right Geraldo is just there to further his second rate Jerry Springer career.

Funnier than that, Geraldo isn't on Fox News to spin the right wing agenda ... he's there to draw contrast. I bet the main-line Fox staff were hoping his 'ghetto pass' was about to get violently revoked.

As to the OP: I think Geraldo was in a very dangerous spot right there. The thug running his mouth had 'the mob' surrounding him ready to ignite. Had Geraldo engaged that thug in dialogue, it would have ended violently, and you can clearly see his self-preservation sense on full alert. I wonder what the point was the thug was hoping to get across. Did anyone here get it? Help me out with a summary if you did.

Only Geraldo ... sheesh. That's probably the dumbest move he's ever made and he's lucky he got out unscathed.

Calling people out on hypocrisy is racist, or so I've been told in the past couple days here.

posted on Apr, 30 2015 @ 02:43 AM
link
Well I think what the young man said was quite pertinent (for those unable to watch he was asking Geraldo about why he wasn't there for any of an number of other events or to report on any other struggles that Baltimore has been going through, and pointing out the fact he was there just to show the world black riots) and the fact that all Geraldo wanted to do was walk away was pretty telling. Sure he was yelling but I'm sure it wasn't the quietest of environments…ever see debates in politics they can get way worse and those guys still are fine…in most countries lol. Also I'm sure frustration and anger at the entire thing had the guy a bit hyped up, but Geraldo wasn't having any of it. My opinion is he didn't have any talking points given to him so he couldn't respond intelligently to any of it. That's also why I tend to side with the view of the crowd about how he was only there for ratings and whatever other agenda Fox has for this event…which is most assuredly not those folks going through this right now nor Freddy Gray. Even if the guy was a criminal and even if it is found that it was not the fault of officers involved…the point the man made was right on and I think this should be referenced anytime someone thinks MSM outlets have any interest in your cause beyond their own ends.

I tend to see it a little differently but you are very very right on one thing…he is daaaamn lucky he made it out of there in one piece…not to mention his crew.

originally posted by: abe froman
a reply to: Greathouse
Who started that fight?


That falls under the term sematics. One person would say the white supremacist started it by calling the other man a uncle Tom. Then again others will say the Man that was called uncle Tom started it by getting out of his chair to confront the antagonist.

I choose not to place blame because both parties were wrong in that situation.

Now I don't know how often you have fought. But it is been my experience in a brawl you defend who you think is right. In a time of violence like that it shows your pure instinct and raw emotions. Geraldo's instinct was to assault the white supremacist in defense of others.

I only brought this up because to get an honest opinion of a man. You need to look at his life not the fact that he was on a news channel many people hate.
edit on 30-4-2015 by Greathouse because: (no reason given)

I can only speculate he thought he might speak more freely if he thought he wasn't being filmed but it's absurd for anyone to think with that many cameras everyone was gonna shut up and stop filming so he could address him. I honestly feel bad cause he did make good points he just went about it poorly and in the worst environment imaginable in an impossible situation for it to actually happen. He was failed from the start kinda.

His point was that Fox news was there to show "Black People Rioting" because "Black People are all Violent Thugs and Out of Control Animals".

However, Fox news isn't there to show the "Bordered up houses, Poverty, Black Citizens Marginalized and Brutalized by Law Enforcement or a System which only sees Black Thugs instead of Black Americans or simply Black People. Or even People most likely."

Fox news isn't there when they have a peaceful march, or basically when they try and speak out about the injustice that happens there. Fox news only comes when there is an opportunity to show them being in a certain light. A light which Fox news deliberately tries to convince it's audience is the truth, which it is not.

He's saying Fox news if Full of sh*t and only show up when it's a story they can use to discredit these people.

I'd say he's right about Fox news. They are full of sh*t.

(I should add that that was paraphrased a bit and not exactly a quotable transcript of what this guy said. I added some bits as well as left out some parts too. However, I think I pretty much summed up the point he was trying to get across overall.)
edit on 30-4-2015 by mOjOm because: (no reason given)

Well ... thanks for articulating his points in a digestible manner.

I don't think I would have wanted to address those matters in that environment either. Baltimore (IMVHO) is sprinting towards 'lost cause' status. You can talk about it, but there are no realistic solutions.

And I agree with you 100% about the MSM agenda. If all the controversial figures ignored them, Fox' ratings would slide as badly as MSNBC's have.

He talks to bill all the time, he is used to getting shouted at and fingers in his face.

Kinda funny how a few words can change a whole perception of someone doesn't it..

The kid had valid points and you brush him of as a thug.. I guess that one guy on CNN was right.. Just label them as they are..
Interesting that guy was nothing thug about him.. He was educated and well spoken but Thug it is eh? 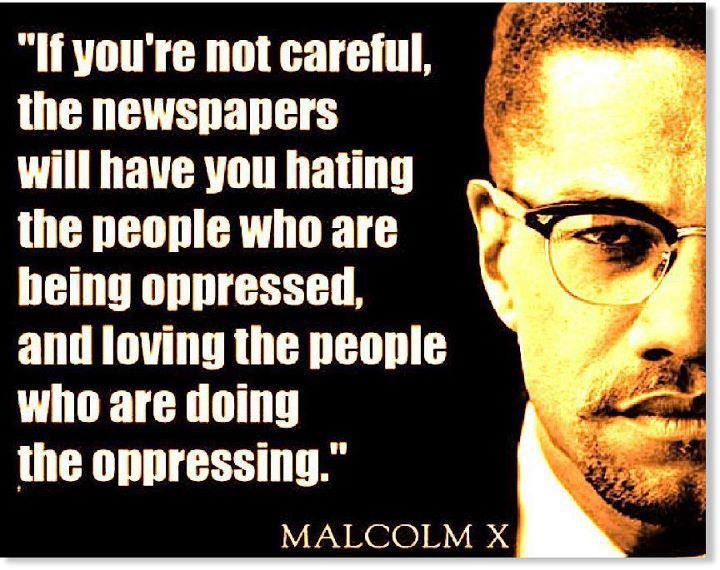