Gay Marriage Will Cause 900,000 Abortions

page: 1
22
<<   2  3 >>
log in
join
share:
windword
+9 more
posted on Apr, 27 2015 @ 02:49 PM
link
You might be scratching your head right now and saying to yourself, "This must be satirical piece from The Onion, but I assure you Gene Schaerr, former clerk for Supreme Court Justice Antonin Scalia, is dead serious! In his Amicus Brief to the Supreme Court, who will be hearing "gay marriage" arguments this week, Schaerr suggests that by sanctioning gay marriage, unmarried women who find themselves unexpectedly pregnant by heterosexual men who won't marry them, will be more likely to get abortions! He calculates that gay marriage, by removing gay men from the "guys available for marriage" population, will cause a whopping 900,000 more abortion over the next 30 years!

The Scholars And Lawyers Who Believe Gay Marriage Causes Abortion

The argument, as summarized by former Antonin Scalia clerk Gene Schaerr, who served as the brief’s author, is that “a reduction in the opposite-sex marriage rate means an increase in the percentage of women who are unmarried and who, according to all available data, have much higher abortion rates than married women.”

The brief is accompanied by swaths of empirical evidence demonstrating that, in fact, in countries where same-sex marriage is legal, opposite-sex marriage declines. The problem, Christopher Ingraham points out in a piece in The Washington Post, is that the “chain of logic does not prove causality.” The decline in marriage rates in states where same-sex marriage is legal, which is adduced as proof that it is harmful, ignores the fact that marriage rates are on the decline everywhere and have been for decades.

I hope the Supremes get a big laugh out this "Friends of the Court" Amicus curiae, because, in my opinion the mental gynmastics necessary to come to a correlation between gay marriage and abortions are stunning. It's beginning to look like a 3 Ring Circus!

What say you Ats?

Blimey the anti gay rights crowd are really scraping tbe bottom of the barrel.
What fo I think? Poppycock And anyone to fall for this bs is an idiot.

That just doesn't sound right to me.

It's a sure way to cull the population.

Thing is, we always end up with a village with only one gay in it.

That just doesn't sound right to me.


Im thinking he is some southern or central state backward arse far religious right nut job that just wanted to link the words gay and abortion in the same sentence. Im surprised he didn't use the words 9/11 Obama and Jesus while at it.

"Obama caused 9/11 so gays could marry and cause abortion, vote Ted Cruz as that's what Jesus would want"
edit on 27-4-2015 by crazyewok because: (no reason given)


a reduction in the opposite-sex marriage rate means an increase in the percentage of women who are unmarried and who, according to all available data, have much higher abortion rates than married women.”


Yes,we all know if allow same sex people to get married that means that all the men will just turn gay and stop marrying women.

What a ridiculous argument.

How and why would someone think that a gay man is in the opposite-sex marriage pool to begin with. I really don't get the logic behind that thought......well...not that there is any...but if there is...I'm not seeing it.

Would it not be more likely, that there would be more adoptions, if anything?

Even more evidence that the morons are running the show.


Are you kidding, I got it immediately. Little Britain is epic. 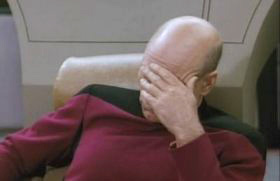 That's hilarious! Thanks for sharing!

Ah, 30 year prediction. I edited the OP to reflect that.

So, it's not THAT big of a jump, he's predicting. Seems to me, even his projection is valid, which I doubt it is, the gay marriage adoptions alone should offset that figure.

Here is a quote from the article:


It’s easy to dismantle the faulty logic in the brief. And, shucks, the jokes write themselves. I mean, I guess when you believe in the Virgin Birth it seems reasonable that same-sex marriage could lead to unplanned pregnancies. (Full disclosure: I’m a Papist myself.)

Gay couples getting married leads to one thing: divorced gay men.
Unplanned pregnancies are not incidental (not liable to happen as
a consequence of that activity). Any argument to contrary is absurd.

I don't really understand why folks care so much about who folks marry, but I'm hoping those who believe gay marriage should be illegal don't become more extreme than they already are. The only thing more depressing than hate speech is folks trying to justify it with bad "science" or their personal "faiths". Not all religions are recognized in the US, and while free speech and religion is protected it doesn't legalize hate speech or discrimination. I wish folks could just accept gay folks exist, deserve human rights, and get on with their lives. The backlash makes no sense.

The whole reasoning is pretty stupid. Gay marriages causing abortion because there are less men available? The heck? I didn't realize there was a problem of roughly 30,000 gay men knocking up straight women then settling with the woman because they can't marry their lover.

Because one group thinks they hold a monopoly on marriage.