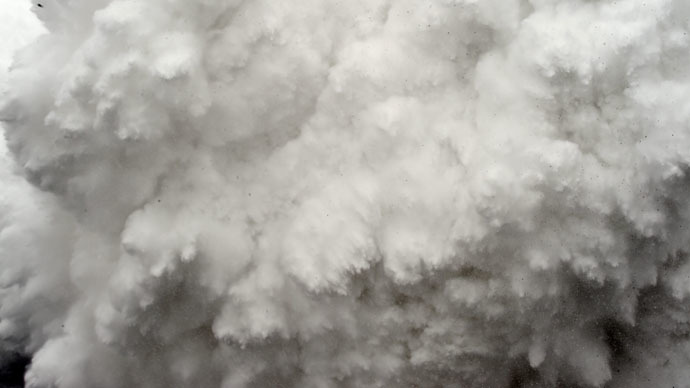 It is hard enough to survive a massive earthquake in Nepal and for that to be followed by a horrific avalanche at Mount Everest. However, some climbers managed to capture the moment they were hit by a sea of ice and snow crashing into them on camera.

A terrifying video posted on YouTube by German climber Jost Kobusch shows people at the Everest Base Camp stumbling in confusion as powerful the 7.9-magnitude earthquake hit Nepal on Saturday.


The men in the video were lucky to survive, but the massive avalanche ended up killing some 20 people at the camp and injuring dozens of others. Rescue missions were launched, with the critically injured evacuated by helicopters. However, other rescue operations were hampered by bad weather, aftershocks and the fact that some 100 climbers were cut off from the Base Camp due to the collapsed Icefall route. 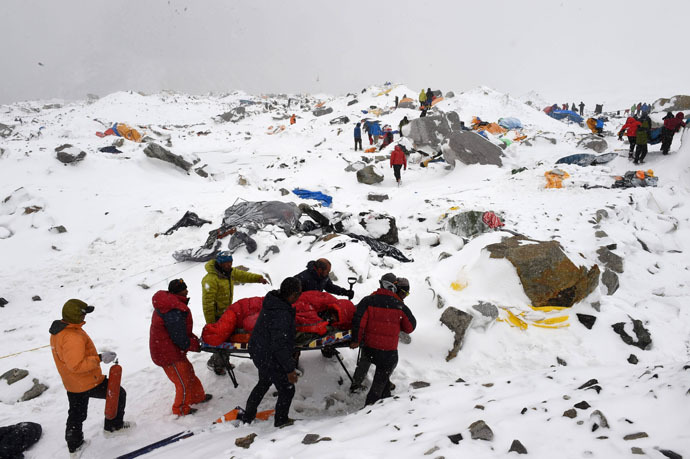 LINK
This Is sad I can't Imagine the Terror these people must have felt.
It's Simple to forget just how powerful Mother nature is.

May the ones who have passed due to this Earth Quake and Avalanche find the light ...