posted on Apr, 26 2015 @ 04:07 PM
link
This will be my final ever thread on ATS and so I wanted it to be something important, something positive.

I hope you agree. 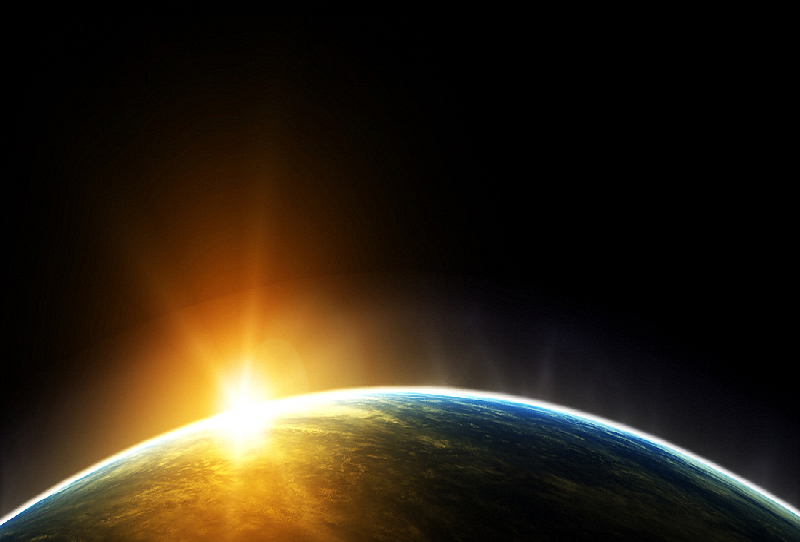 Once a photograph of the Earth, taken from the outside, is available, a new idea as powerful as any in history will be let loose.

I have always believed that there is a substance out there that has the potential to change the world for the better. A substance that can shrink the ego and expand consciousness to such a degree that if everyone was to partake it would cause a global shift in awareness.

This substance is, obviously, illegal. Even here on ATS discussion of such substances are not allowed. Not really, anyway.

I thought this was our only hope. Then I discovered there is another substance, this one is called the Overview Effect.

[The Overview Effect] refers to the experience of seeing firsthand the reality of the Earth in space, which is immediately understood to be a tiny, fragile ball of life, hanging in the void, shielded and nourished by a paper-thin atmosphere. From space, the astronauts tell us, national boundaries vanish, the conflicts that divide us become less important and the need to create a planetary society with the united will to protect this "pale blue dot" becomes both obvious and imperative. Even more so, many of them tell us that from the Overview perspective, all of this seems imminently achievable, if only more people could have the experience!

I knew that certain astronauts had been deeply effected by seeing the Earth suspended in space from a vast distance, Edgar Mitchell being the one I have shared a couple of times here on ATS when it was relevant...

"You develop an instant global consciousness, a people orientation, an intense dissatisfaction with the state of the world, and a compulsion to do something about it. From out there on the moon, international politics look so petty. You want to grab a politician by the scruff of the neck and drag him a quarter of a million miles out and say... 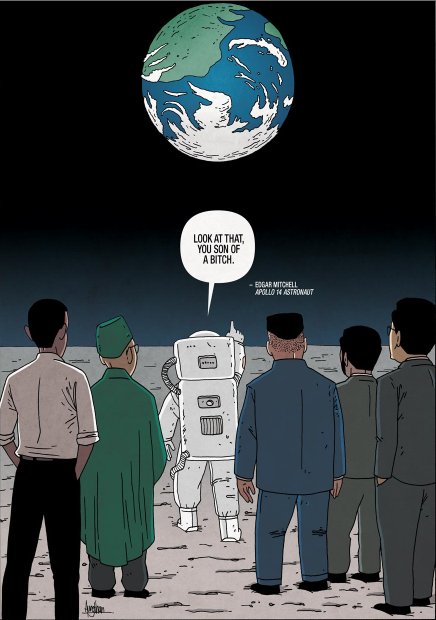 But what I didn't realise was that it wasn't just a handful of astronauts that shared this experience, it seems that nearly all of them were deeply effected by it.

When you're finally up at the moon looking back on earth, all those differences and nationalistic traits are pretty well going to blend, and you're going to get a concept that maybe this really is one world and why the hell can't we learn to live together like decent people.— Frank Borman, Apollo 8, Newsweek magazine, 23 December 1968

This planet is not terra firma. It is a delicate flower and it must be cared for. It's lonely. It's small. It's isolated, and there is no resupply. And we are mistreating it. Clearly, the highest loyalty we should have is not to our own country or our own religion or our hometown or even to ourselves. It should be to, number two, the family of man, and number one, the planet at large. This is our home, and this is all we've got.— Scott Carpenter, Mecury 7 astronaut

If somebody'd said before the flight, "Are you going to get carried away looking at the earth from the moon?" I would have said, "No, no way." But yet when I first looked back at the earth, standing on the moon, I cried.— Alan Shepard

It truly is an oasis—and we don't take very good care of it. I think the elevation of that awareness is a real contribution to saving the Earth. - Dave Scott, Apollo 9 & 15, interview for the 2007 movie In the Shadow of the Moon

A Chinese tale tells of some men sent to harm a young girl who, upon seeing her beauty, become her protectors rather than her violators. That's how I felt seeing the Earth for the first time. I could not help but love and cherish her. - Taylor Wang

As we got further and further away, it [the Earth] diminished in size. Finally it shrank to the size of a marble, the most beautiful you can imagine. That beautiful, warm, living object looked so fragile, so delicate, that if you touched it with a finger it would crumble and fall apart. Seeing this has to change a man. - James B. Irwin

To fly in space is to see the reality of Earth, alone. The experience changed my life and my attitude toward life itself. I am one of the lucky ones. - Roberta Bondar

We were flying over America and suddenly I saw snow, the first snow we ever saw from orbit. I have never visited America, but I imagined that the arrival of autumn and winter is the same there as in other places, and the process of getting ready for them is the same. And then it struck me that we are all children of our Earth. - Aleksandr Aleksandrov

For those who have seen the Earth from space, and for the hundreds and perhaps thousands more who will, the experience most certainly changes your perspective. The things that we share in our world are far more valuable than those which divide us. - Donald Williams

The first day or so we all pointed to our countries. The third or fourth day we were pointing to our continents. By the fifth day, we were aware of only one Earth. - Sultan bin Salman Al-Saud

The first thing that struck me (being a conspiracy nut) was; perhaps we had found the answer to the question "Why didn't we go back to the moon?" It was not the lunar pyramids or glass domes, it wasn't even the giant space ships parked in craters. It was the Overview Effect. It was people arriving as technicians and leaving as humanitarians, having had their whole worldview quite literally changed.

But taking my tin-foil hat off for a moment what we have here is another way. A way that is, for now, restricted to the very wealthy among us, but this is sure to change. Imagine if the Overview Effect could be experienced by us all. What kind of world would we all return to?

Anyway, I hope you all take something from this thread.

It's been a great ride and you've all taught me an awful lot. Look after each other. 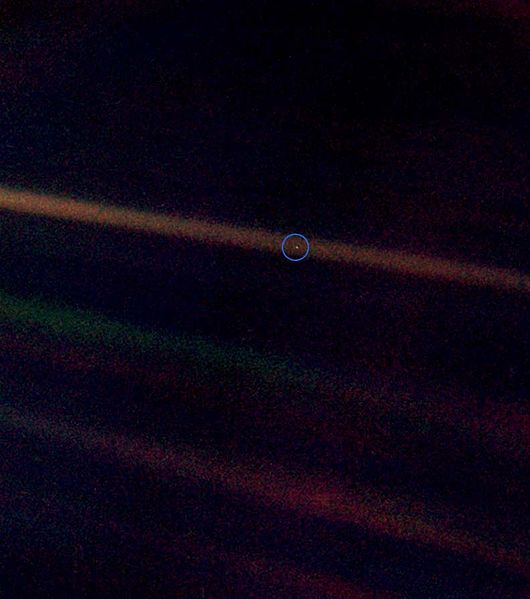 I hope you find what you're looking for.

True, and also true, we need to take care of our home,
right now this is like a ship with mutiny, and no way to steer, and no one has seen the captain..
and ---- NO! the monkey just went haywire!

The points you make here are good ones and it will be a shame to see you leave, almost as much as the fact that the least among mankind may be "reset" first by recieving the "overview effect". But hey ho, maybe they need it more than anyone else... And could be a good thing as the wealthy will be able to effect the changes humanity needs and protection to preserve our home planet once they are effected.

Thanks again. Snf, not that you need them where your going!

posted on Apr, 26 2015 @ 04:39 PM
link
Maybe it will be best for the " Elite" or Wealthy to gain a more humble out look on life... Those of us on the bottom are already humble, and are usually the ones in the trenches fighting for ALL of these important causes. Think of what we could get done if we had the money needed to fix our world! There is enough for us all right now, we throw away enough food everyday here in the US alone to feed all the hungry. But rather than give it away, they hold it to sell until is is almost to old to eat and then throw it out so they can write it off as a loss on taxes getting their money back is most important. It is them that needs an awakening, in my opinion, let them go first.. I'll happily wait my turn, if it will benefit us all in the end.

posted on Apr, 26 2015 @ 05:03 PM
link
I'm not convinced about them going to the moon, but recently I watched some vid from the space station, and those guys pretty much said the same thing as the appolo guys. Even from my pc monitor the view was trully awsome!
We just gotta remove the aholes that keep us all locked down.

I'd say the monkeys have been going haywire for a long time.

Reminds me of the Marshall McLuhan quote: "There are no passengers on spaceship earth. We are all crew."

Thank you for the fantastic, humbling read. ...But why does this have to be your last thread?
s&f

You're right, they do need it more than most.

Perhaps we won't even need to go. Maybe just send the 1% and hope it has enough of a knock-on effect.

Not that I'd ever give up my ticket.

I don't recall hearing about The Overview Effect. So thank you for bringing it here.

I imagine there are a few other things here on Earth that can cause this same effect. To name just one, I would say giving birth, holding your new born baby for the first time. I feel this had a similar effect at-least on me because it made me think of life and how precious and fragile it is. I know its a small comparison to the Earth as a whole but I think the feeling or effect is the same, at least it was for me in that it made me think about babies and people and life all over Earth. How truly amazing it is.

originally posted by: LiveForever8
a reply to: Wifibrains 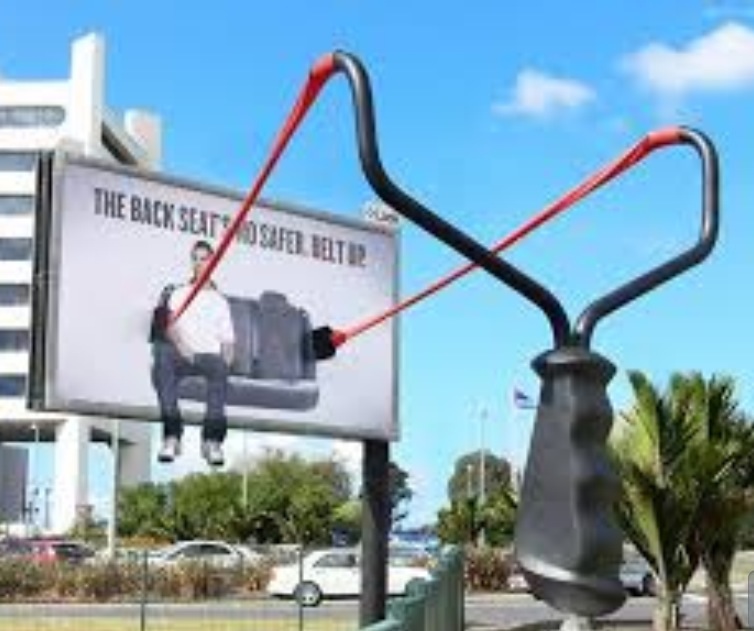 originally posted by: VoidHawk
Even from my pc monitor the view was trully awsome!

I know what you mean.

I remember seeing a picture of Earth in space when I was about 7 years old and it blew my mind. Still does. Makes me realise just how powerful the Overview Effect must be

And it doesn't have to be my last thread. It just is.

I think you are absolutely correct, I had not considered this before.

Although I do believe that it would elicit a more personal sense of duty and humanitarianism rather than a world wide, all encompassing one.

Thanks for contributing, take care.

Also just realised this was your final thread