* explaining the joke, Area 51 is called "the ranch.

originally posted by: Mandroid7
I don't get it.

Have you ever suspected anyone of working for a foreign intelligence agency spotting aircraft? I read some nations have spotters near airfields to see what aircraft take-off, and during wartime it can give an indication of what strike packages are in the air?

That's one use for it. They can carry up to 9 people in a straight passenger role, or four people in an ISR role.

originally posted by: Laxpla
I think I see some pods under the wings, is this an ISR aircraft?

Have you ever suspected anyone of working for a foreign intelligence agency spotting aircraft? I read some nations have spotters near airfields to see what aircraft take-off, and during wartime it can give an indication of what strike packages are in the air?

CNN did some fine plane spotting at Aviano during the Gulf war. ;-)

There have been a few arrests of plane spotters over the years in Europe, but not lately. I think governments have figured the cat is out of the bag. Nellis was trying to harass spotters, but gave up as well.

I'm not a hard core plane spotter, but OK to PM me. I spot electronically using mode-s. There are databases of mode-s hex codes, so you can sort out the interesting aircraft from the routine passenger planes. The mode-s code directly translates to the tail number.

Military aircraft have their own "secret" mode-s codes. The mode-s code doesn't translate into anything. Some entity assigns codes to tail numbers. And that is where my plane spotting comes in. You drive to the base and "fence check". If you see a military plane land visually and on the mode-s receiver, you assume that they are correlated. The receivers don't have that much range for aircraft that are nearly on the ground. You can also use the altitude of the aircraft as a check on the mode-s code correlation since the altitude of the airport is known. I did a post on ATS on the MC-12 at Beale a few years ago. I was verifying mode-s codes.

Needless to say, the Janet aircraft have mode-s. You can detect them and their altitude. At the moment they don't report their position and I suspect never will even after the FAA requires this. Or they will turn off the position as soon as under military control.

If you saw the recent Associated Press article on FBI surveillance using Cessna aircraft, I have been detecting these flights for years. Surveillance aircraft have a unique "signature" in electronic plane spotting. Your typical passenger or cargo aircraft is only tracked a short time, say 10 to 15 minutes unless you have a receiver at a high altitude. These planes take of and land at different airports.

Surveillance aircraft will be detected for an hour up to say four hours. They fly between 1500ft to maybe 4000ft, usually in the 2000ft range. They need to be high enough not to be spotted visually, but low enough to sniff the target.

A few other types of aircraft have the same "signature" as surveillance aircraft. Flight schools are a prime example. Student pilots just get up in the air and fly around for an hour then land at the airport from where they departed. They don't travel far enough to fall off the "radar ". But you use the mode-s code to get the tail number and registration data. If it goes to a flight school, you can filter it out. If it goes to some phony front company, you can assume it is the feds. In the internet age, your company looks very suspicious without a Web presence. The feds don't practice "tradecraft" very well these days. They link the plane to some phony company, but it is really simple to tell the phony company is a fake because it has no internet presence. Even the CIA did a terrible job hiding their "rendition" aircraft, such as allowing their planes to be logged going to Gitmo on flightaware. Their front companies went to lawyer offices. The officers of the corporation often didn't exist. Top it off with the fake companies had landing rights at military airbase as seen on the CALP (civilian landing permit) database that was on the internet at the time.

One of the worst fake company aircraft capers has to be Donna Blue. While they had a Web presence, their phone number had a 555 prefix. The website was made using a template rather than professional done.
narcosphere.narconews.com...

I'm not a hard core plane spotter, but OK to PM me. I spot electronically using mode-s. There are databases of mode-s hex codes, so you can sort out the interesting aircraft from the routine passenger planes. The mode-s code directly translates to the tail number.

Military aircraft have their own "secret" mode-s codes. The mode-s code doesn't translate into anything. Some entity assigns codes to tail numbers. 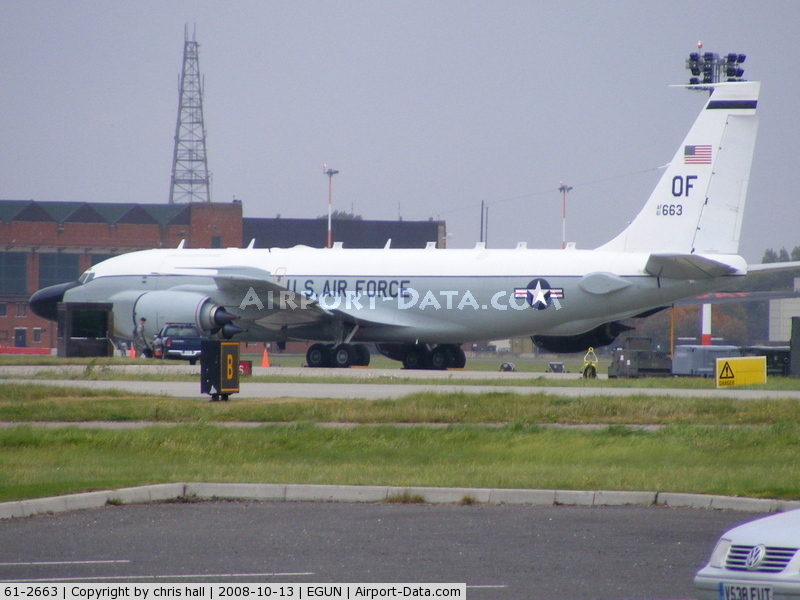 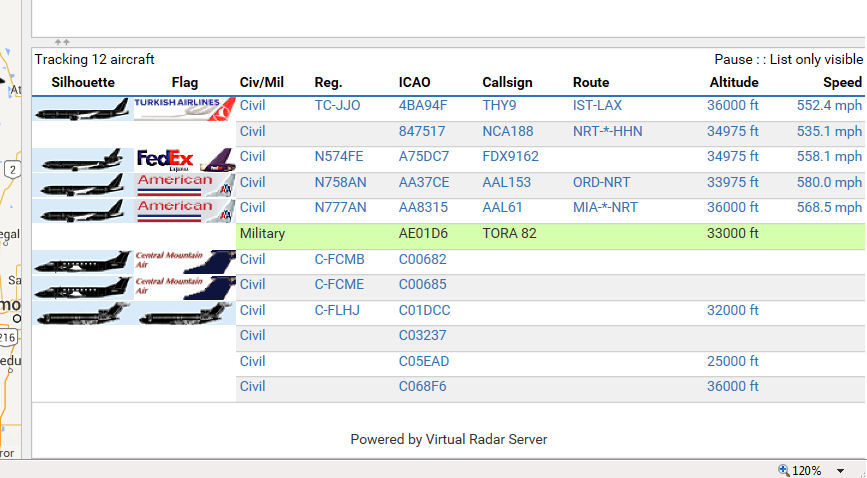 As you can see, the info is limited to ICAO#, callsign, altitude.
I also see C17 Globemaster's on occasion as well.

I haven't quite figured out the mode-s/ADS-B difference. I see reference to mode-s transponders with ADS-B capabilities.
edit on 4-6-2015 by FosterVS because: (no reason given)

Mode-s is intended to uniquely identify each aircraft. In theory, each plane has a unique code. (The military violates this since they don't need no stinkin' badges.) Contrast this with basic ATC where you are assigned a transponder code by ATC which varies as you fly into different control sectors.

ADS-B will provide a basic state of the plane (unique identification, altitude, airspeed), something like a snapshot of the aircraft. Full ADS-B reports the position of the aircraft along with what I would call "intentions", such as rate of ascent/descent. You would have to dig up the message formats and look at what is contained in the "extended squitter." The full ADS-B data is spewed out of the aircraft without having to be pinged by ATC radar. Plain mode-s is only transmitted if the plane is pinged. I'm not sure about the partial ADS-B.

Commercial airliners that posses full ADS-B will simply dump everything all the time. Military aircraft may have full ADS-B, which is required in some countries, but will just transmit plain mode-s in North America, where full ADS-B isn't required yet.

The USAF "heavies" at least have mode-s. Some fighters have mode-s, but it isn't clear to me if every fighter has it. A lot depends on where it has been deployed. If the plane used the EU as a stop to get to the sand box, it will have mode-s. I believe the military passenger planes have full ADS-B. The U-2 lies regarding altitude if over 60kft. That is if it displays 60kft, it could be higher.

originally posted by: gariac
a reply to: FosterVS
The U-2 lies regarding altitude if over 60kft. That is if it displays 60kft, it could be higher.


Ask Gary Powers about that,except his 'lied' the other way.