-Yeah, I know a one word response (not even a word really) from a Mod no less.
First time for everything.
Bust me then, do as you must.

originally posted by: TheOneFreeMan
What surprises me most is the fact that this thing lost 28,000 feet in 3 minutes; that's pretty damn steep. We measure the descent rate of aircraft in Feet Per Minute, and average descent rate for an approach is like, 2,000 FPM or 1,800 FPM, 1,500 even, depending on where you're flying or what you're up to. If we just take 28,000 and split it 3 ways you get a descent rate of about 9,300 FPM.


I believe the performed the descent to the limits of the machine. If you have cabin fire for example, 3 minutes may not be enough.

more than one passenger passing out at the same time is serious case for concern and the pilots could be next. If the plane could have done the descent in 1 minute, I believe that's what the pilots have done.

As in the case of one Swissair flight where there was a fire and the pilots thought they could fly normally to a nearest airport. The flight crashed killing everyone - they spent too much time in the air. If the pilots only knew how severe the situation was, they should have descended rapidly and ditched the plane in the Atlantic.

After that Swissair incident, it was made SOP I think when there's fire or anything that would incapacitate the pilots to land or ditch the plane as quickly as possible.

Oh no. He was killed instantly.

originally posted by: Misterlondon
just to clear something, in your vast flying experience have you ever had to make an emergency landing?

(raises hand) Yep. The plane was on fire, though, so I was ok with it. Faster would have been even better.

Are you saying that a Boeing 747 can plummet or dive that quickly? Is it because the engines are pushing it more quickly than gravity pulling it?


I have a portable oxygen machine operated by batteries. Next time I fly, I am going to take it with me.

only if you have a doctor's note for it, and then only if it is one of a handful of acceptable devices. and then only if the airline allows you to, after making special arrangements with them ahead of time.

TextGenerally, the Federal Aviation Administration (FAA) prohibits the use of personal oxygen units during flights because they contain compressed gas or liquid oxygen that is defined as hazardous material. However, the FAA has issued guidelines permitting the onboard use of certain portable oxygen concentrators (POCs). POCs, approved by the FAA, may be carried and used on board United flights worldwide at no charge, in accordance with specific FAA guidelines. Note: When connecting to or from any other airline, including codeshare flights other than those operated by United or United Express®, the customer is responsible for notifying and making independent arrangements directly with the other airline. The current FAA authorization enables, but does not require, airlines to accept POCs. Some airlines may not accept them or may require a fee. Please note that not all United Express carriers permit use of oxygen concentrators and/or only accept specific types. Customers wanting to use a POC on board must provide a minimum 48-hour advance notification to United. The disability desk at the United Customer Contact Center (1-800-228-2744) will ensure the device you are planning to use is on the list of current, approved devices and will help provide guidance on the number of batteries you will need for your flight.

They have two methods to descend in an emergency descent.

Method one, is to push the power up, and the nose down, then pull the power back and level off once they're lower.

Method two is more popular. They lower power, drop flaps, drop the landing gear and push the nose over. Their airspeed stays low, but their decent rate shoots up.

As for the other post, it was a KC-135 tanker used by the Air Force. The navigator was using the sextant to get a navigational fix when a window above him blew out.

originally posted by: Zaphod58
a reply to: WarminIndy

They have two methods to descend in an emergency descent.

Method one, is to push the power up, and the nose down, then pull the power back and level off once they're lower.

Method two is more popular. They lower power, drop flaps, drop the landing gear and push the nose over. Their airspeed stays low, but their decent rate shoots up.

As for the other post, it was a KC-135 tanker used by the Air Force. The navigator was using the sextant to get a navigational fix when a window above him blew out.


Oh, that is a horrible way to die

I understand now what you meant.

originally posted by: StoutBroux
That'd play hell with your vodka tonic, and your stomach! 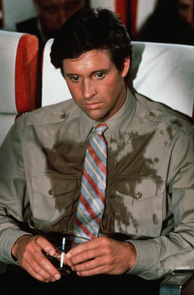 And the Airplane seats.

Do they have something to clean massive skid marks ?

Skywest wasn't a pressurization issue after all.

Southwest has had a couple of pressurization problems in the last five or six years. They've also been fined several times in that time frame for lax maintenance procedures.

Since I started the thread (below) just after the Alps crash,there have been around 20 incidents and likely some that went un reported throughout the world.

And yet every system was working when they landed. So how does THAT work with your magic EMP? It turns things off the back on again? That's incredible.

Planes have accidents and incidents without a magic EMP pulse causing them.

originally posted by: EndOfDays77
Yet another EMP caused by magnetic particles from a celestial object.

"Magnetic particles" don't cause EMP's, either.