greetings to whom ever reads my intro

posted on Apr, 22 2015 @ 01:38 PM
link
Hello everyone, such as most of yourselves I have been drawn to ATS becuase of most mainstream & certain alternative media outlets. Though they may differ in content and opinion, collectively they perpetuate the same misinformation and fear mongering to the masses. The biased nature of modern media only furthers this sense of disillusionment and its affect on society can be seen clearly. Truth be told the last time I stated my opinion like this was when my mother asked me " why do you listen to all those crazy people and their conspiracy nonsense? And I just told her "instead of being dismisive I like to keep an open mind, so I spent my time reading on them and what i learned is that just because people spend lifetimes to establish them self in the field of scholastics doesnt mean your reasearch can't be challenged by an even more radical proposal. But instead entertaining the idea you'll no doubt reject the notion because, if I am right then that changes the entire perception of the matter, and depending on ones personal outlook in that kind of situation either be admit defeat for the wasted time an effort, or open up to all the new possibilities your passion will take you". So even though my mother has p.h.d. and doctere for psychology she still asked why I hasn't anyone proved it " because its easier to deny or falsify something especially if the information being concealed could change reality ofspeculation". Sadly I wasted my breath, because in the end she said my opinion was based of speculation, plus the trust she has for our countrys sociopolitical infrastructure won't be swayed unless they say otherwise. But any way a lot of folks on here always get positive feedback so I look forward to exchange of information and opinions to come.

posted on Apr, 22 2015 @ 01:50 PM
link
Hello and Welcome to ATS! The gang will be here shortly to do their meet and greet. Until then , go get your ATS comfy chair and your roll of tin foil. Enjoy your stay and look forward to your posts.

Welcome to the Asylum. You will be issued your official tin foil hat and straight jacket shortly.

As Someone has already mentioned Before,
Welcome Aboard the Ship,
Now Please Close the Door.

We don't want any Trolls coming up the stairs,
Pushing their Hatred and Lies,
till you want to pull out Your Hair.

You will Learn so much Here that it will fill You with Pride,
Just Remember Most of all.
Hey!, "It's Just A Ride!" 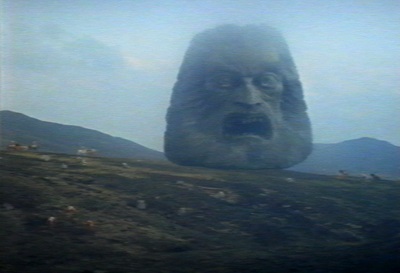 The thing is, ATS is full of members with a variety of opinions. So although human bias still exist around here, it is neutralized as a whole by the sheer number of posters.

Hey, long time no see! Glad to see you're still on board!

can i be your mignon. lol.

I picture Zardoz as a character from aqua teen hunger force.

posted on Apr, 23 2015 @ 12:19 PM
link
welcome, as for your reason to come here is that the MSM is biased, there are also closely held biases here on ATS....as with most everything, there is a lot of grey areas between black and white...as a member for over 7 years, it's important to do your research outside the quoted sources....the outright lie, misquote, or left out information, can be more revealing than the original post